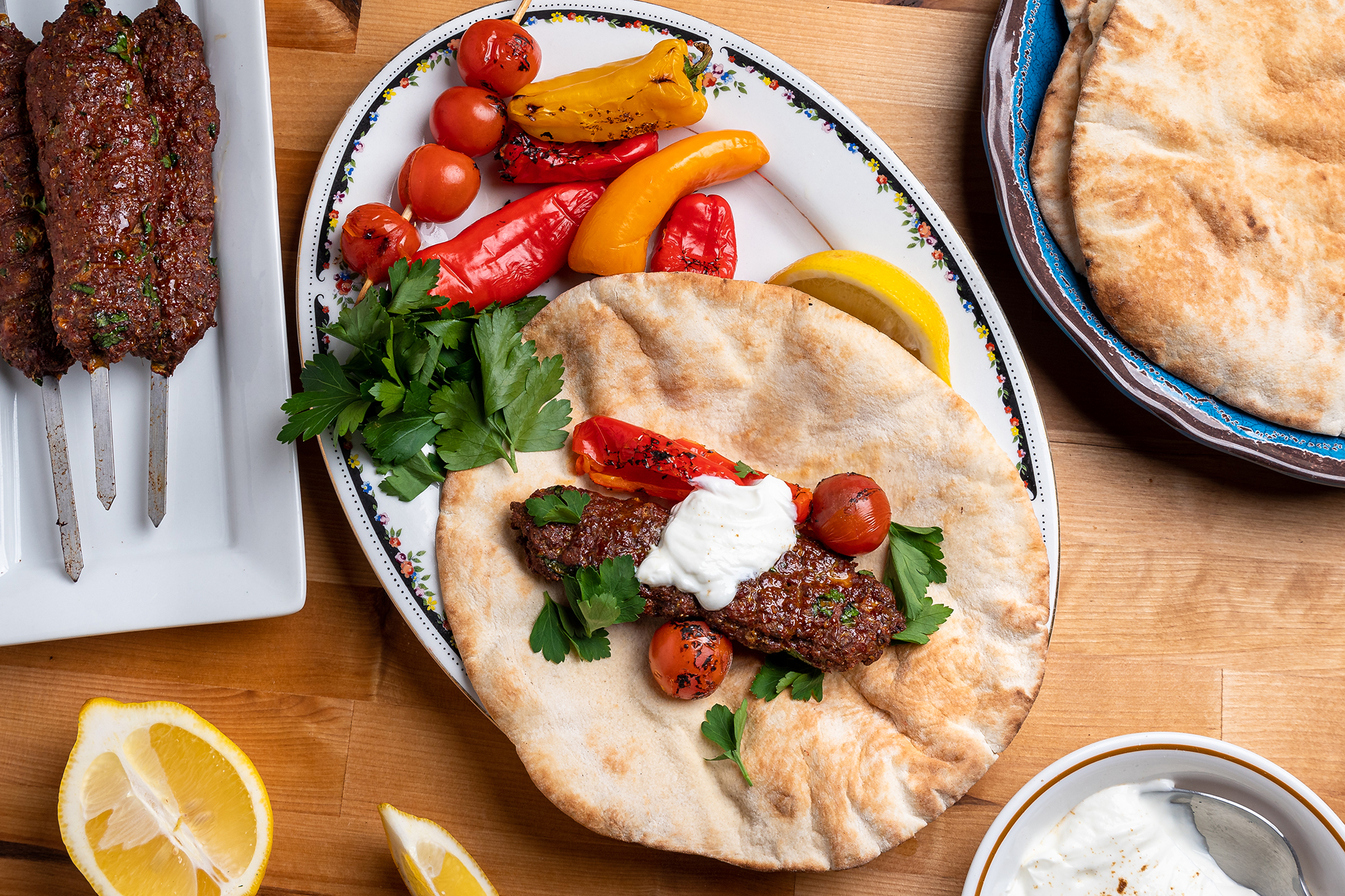 To most Americans, the word kebab, or kabob, simply means skewered chunks of marinated meat and vegetables. But in the rest of the world, kebab is a widely popular dish, and there are many kebab recipe variations beyond the cubed style we are familiar with.

Most Americans typically associate kebabs with summer cookouts or the occasional meal at a gyro shop or Mediterranean restaurant. While the spelling is somewhat interchangeable, whether it’s spelled and pronounced kebab or kabob depends on the regional or ethnic variety you are referring to.

Kabob usually refers to an Iranian (Persian), Armenian, or similar ethnic preparation. Kebab, on the other hand, usually refers to recipes originating from the Levant region and other nearby Arabic-speaking countries. Kebab is also used throughout the Balkans, into Russia, and among other Asian countries, including India.

Although the cubed-meat style of kebab is widely known (such as the Turkish shish kabob), ground-meat kebabs are also incredibly popular. While both versions are typically made with lamb, chicken, or beef, wild game is an excellent substitute. Keep in mind, however, that ground game meat has less fat than farmed meat and therefore is more difficult to mold around a skewer. Lean game meat is also more prone to drying out if overcooked.

But with the right ingredients and preparation, this wild game kebab recipe is incredibly delicious and easy to make. The key to a killer wild game kebab is heavy seasoning and to not overcook the meat.

There are definitely a few spices, such as cumin and paprika, that make their way into most kebab recipes, but the final seasoning is a matter of preference. Turmeric, sumac, ginger, and many other herbs and spices can also be used. The addition of a little olive oil and an egg will act as a binder for the lean game meat and help the kebab hold its shape and moisture while cooking.

Served with a warm pita or lavash bread, fresh herbs, and grilled veggies, kebab is a healthy and delicious way to mix up your usual go-to ground meat recipes. Kebab is best when cooked over a traditional charcoal grill, but you can also make it in your oven, smoker, or even seared in a pan without the skewer.

Using wide, flat skewers specifically made for kebab will work best, but feel free to use what you have. Kebab is typically formed into either flat rectangular or cylindrical shapes, depending on the exact kebab style you’re going for and the type of skewer you’re using.

This kebab recipe calls for ground venison, but any ground game meat will work, although you may need to adjust the cook time accordingly.

RELATED – Get a Little Classy With This Venison Wellington Recipe