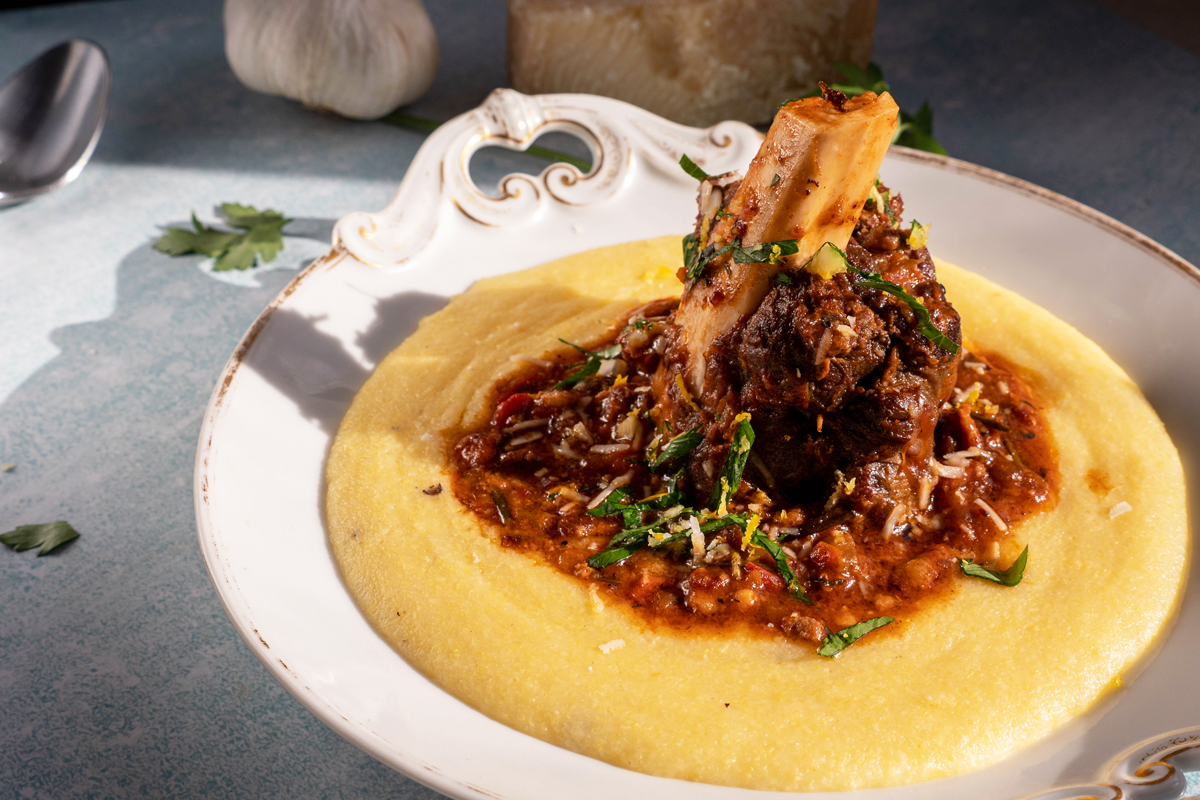 Osso buco is one of those cliche wild game dishes that’s actually worthy of the hype. Traditionally made with veal shank, this Italian classic has found a devoted following among hunters using deer, elk, and other wild game — venison osso buco comes out particularly well.

This dish is basically a braised bone-in shank that has been cut clean on both ends, exposing the bone marrow and providing a nice presentation. The meat is tied with butcher’s twine, securing it to the bone during the cooking process, then braised in a rich sauce and served with polenta, risotto, or another starch. You can totally use mashed potatoes if you want. The whole thing is then typically topped with gremolata.

If you know how to braise a piece of meat, and who doesn’t, you can make osso buco at home. Besides the very basic butchering required to prepare the shank, venison osso buco is super easy to make. Anybody with a hacksaw and a dutch oven can pull it off.

There’s nothing new or terribly original about this recipe, as it’s been done a million times by a million different people. It’s just a classic that’s worth pulling out on special occasions when you want to do something a little extra or make an impression. If you’ve got shanks in the freezer and want to take them to the next level, consider putting in the effort and making venison osso buco.

Osso buco is one of those dishes that looks good and tastes even better. It’s a refined dish that anyone can make. It’s Italian comfort food at its best. If you’re tired of the same old shank recipes, give the classic osso buco a try.