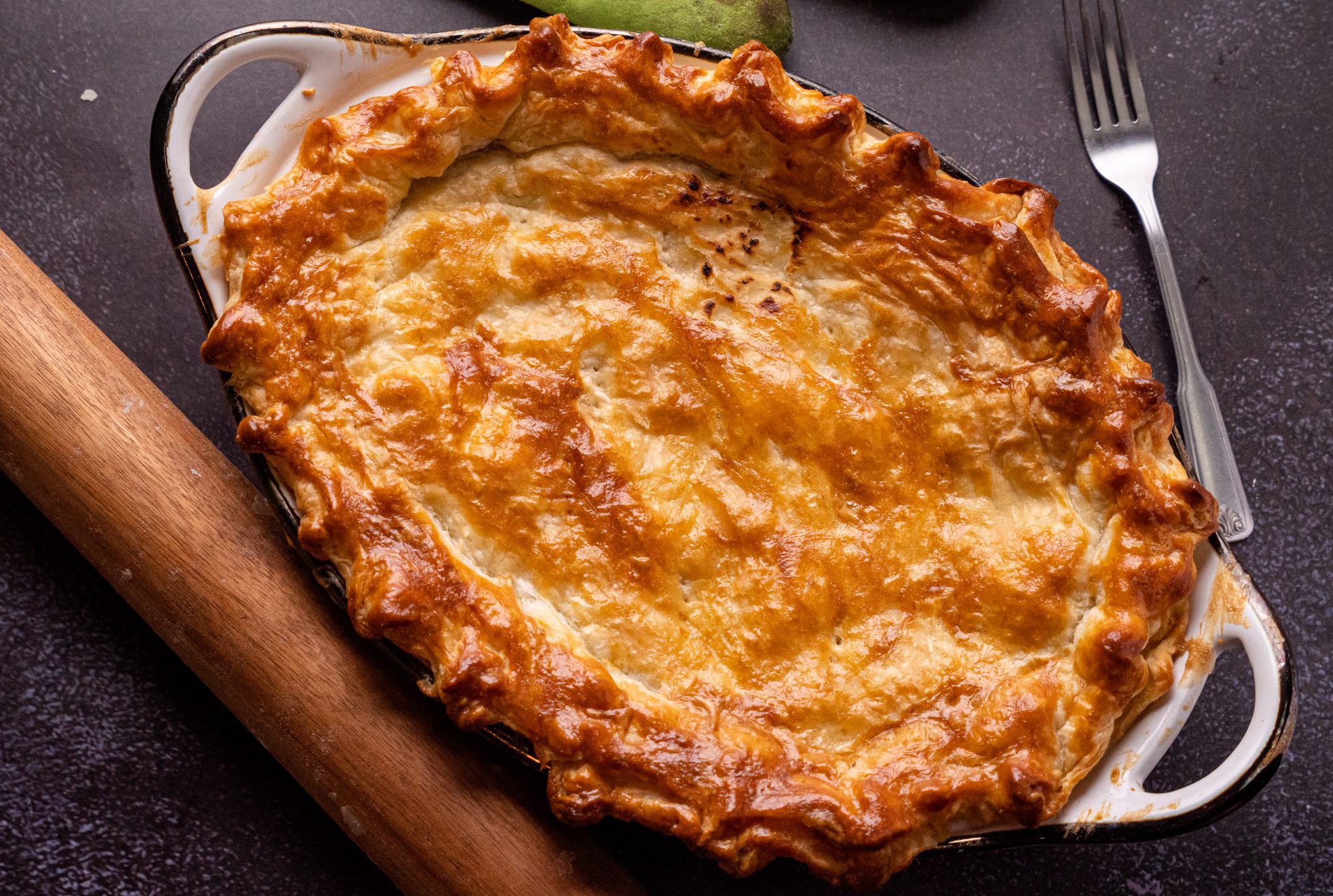 Potpie is the definition of American home cooking. While traditionally made with chicken, squirrel is a fantastic wild-game substitute. The meat takes well to a variety of recipes and cooking techniques and it can be used in place of poultry, rabbit, and other mild, white meats. It’s such a good stand-in that most folks wouldn’t even notice they were eating it unless you told them. Tender squirrel meat folded into a hearty gravy and wrapped in flaky, homemade dough is the perfect way to celebrate the fall hunting seasons and introduce new people to wild game cooking.

Homemade pie dough is unquestionably the best option for an authentic potpie, but if you lack the skills or the time to pull it off, store-bought doughs or even canned biscuits will get the job done. (We won’t judge you.)

This recipe is written for large pie pans and casserole dishes, but it will scale to whatever size you want. If you’re in need of some stick-to-your-ribs comfort food and you’ve got a few squirrels to play with, you won’t be disappointed by this potpie.

When it comes to comfort food, the classics executed perfectly will outshine even the fanciest, most complex recipes. A squirrel potpie fresh out of the oven in all its golden brown glory is the ultimate example of simple done right. Share this recipe with your nonhunting friends and family, and they’ll be begging you to take them along this squirrel season.

Read Next: Roadkill for Dinner: Why Harvesting Roadkill Is Actually Ethical and Tasty