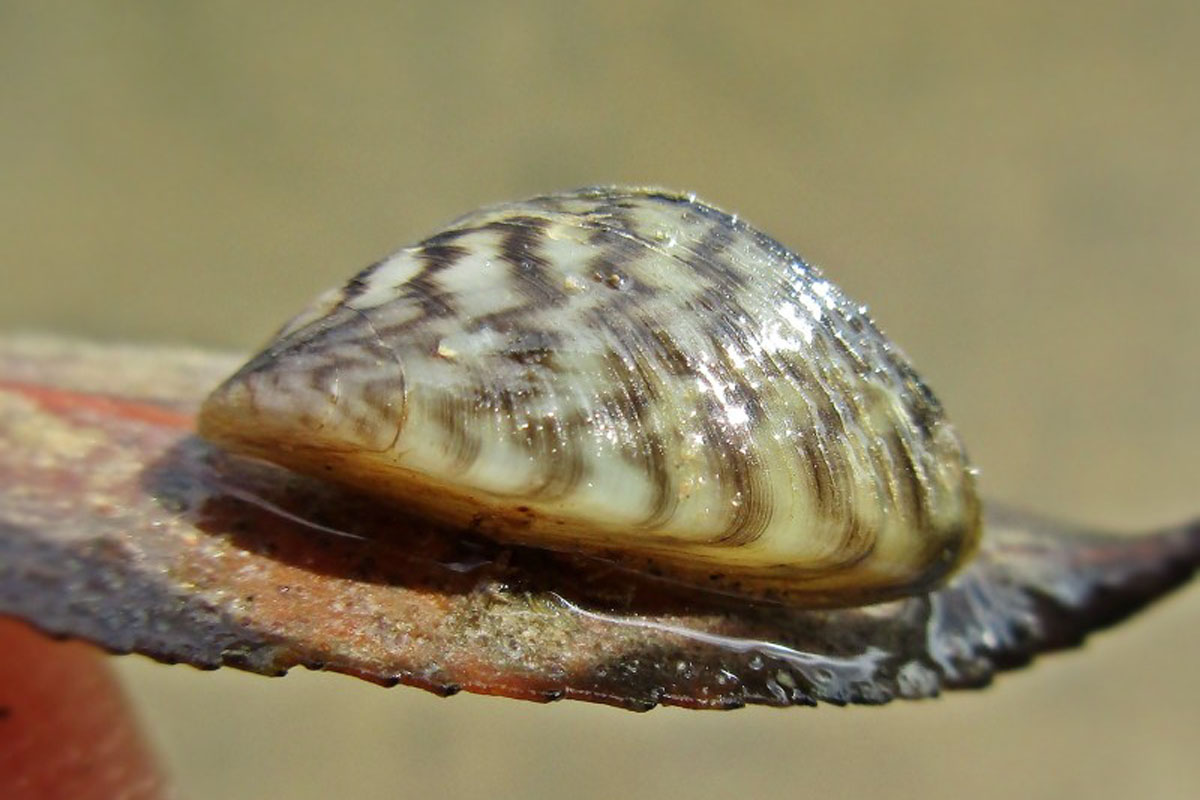 The pike is as visible 20 feet away and 10 feet down as it would be in a fish tank in some doctor’s waiting room. Suspended in gin-clear water in the shadow of a forest of milfoil, he spooks before a single cast can be made. It’s the curse of the zebra mussels: You can see the fish really well, but they can see you just as clearly.

However, a little frustration with spooked fish is the least of the issues that this invasive species has wreaked on freshwater ecosystems and infrastructure east of the Mississippi. Since the 1980s, when they were first discovered in the Great Lakes, zebra mussels have also been found in Texas, Colorado, Utah, Nevada, and California, and they’ve racked up a tab between $1 billion and $1.5 billion in damage.

Zebra mussels are roughly the size of a fingernail, with a dark zigzag pattern on their shell, and females can produce more than a million eggs in a year. They’ll attach themselves to any structure, including docks, rocks, concrete, boats, rope, water pipes, and even other native freshwater mussels, and form dense colonies.

They were first found in Lake St. Clair, which is bordered by Michigan and the Canadian province of Ontario. Native to the lakes of southern Russia and Ukraine, the mussels were likely introduced through the ballast water of ships arriving from Europe. Within 15 years, the Great Lakes were overrun, and the mussels had spread to 23 states and two provinces. Today they can be found in pockets coast to coast.

Zebra mussels are filter feeders. They remove valuable phytoplankton, detritus, and small zooplankton, which completely disrupts the food chain all the way up through forage fish and, ultimately, predator species. Once established, each adult mussel is able to filter a mind-boggling 2 liters of water a day.

Zebra mussels’ filtration also dramatically increases water clarity, which means that sunlight can reach deeper into the water and promote more aquatic plant growth, and it increases the likelihood of algal blooms that are harmful to both fish and humans.

From an infrastructure standpoint, zebra mussels have an affinity for moving water. Water treatment plants and hydroelectric facilities have struggled to keep the mussels from colonizing their intake systems and choking off the flow of water.

They’re also razor sharp and will tear the hell out of your feet if you don’t wear some sort of water shoe when you’re wading around.

Municipalities and watershed watchdogs are taking effective strides to protect their waterways from invasive species like zebra mussels and certain aquatic plants. Inspection stations have become the norm at boat ramps, with some even employing the heightened olfactory senses of dogs to detect invasive species.

While there’s little most of us can do about commercial boats, there’s plenty of best practices for minimizing the spread of zebra mussels from one body of water to another.