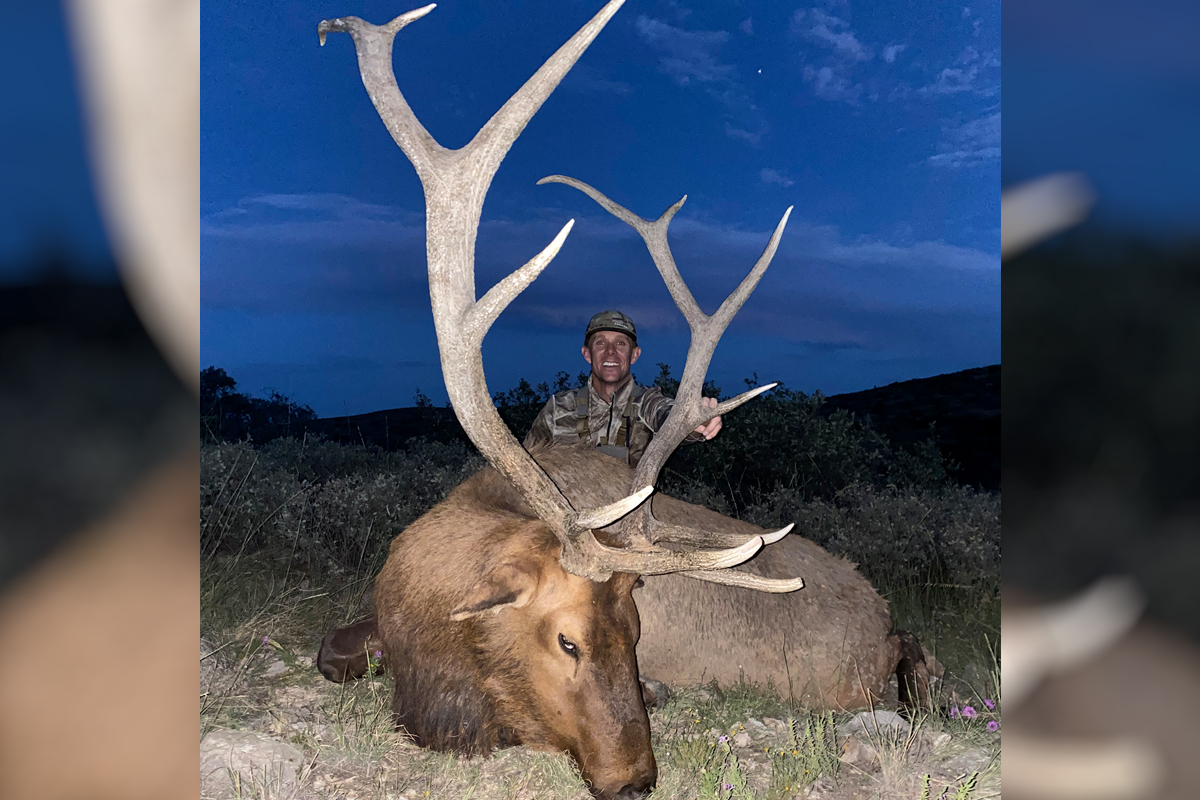 It was the third afternoon of my first-ever elk hunt. Young and full of piss and vinegar, there was no mountain too steep or terrain too rough. I had no clue what I was doing. All I knew was I had a rifle in my hand, it was sighted-in (sort of), and I was in God’s Country.

Patches of yellow melted away the freshly fallen snow, and the heavy musk of elk hung in the thin mountain air. All I knew to do was follow the tracks,  keep the wind in my face, and watch the woods ahead and not my feet.

I had stopped to snag a quick slurp from a bubbling mountain stream when I saw her. She had me pegged, and a bitchy alarm bark brought the herd to their feet. The bull was close. He turned to face the pissed-off cow, and I let the 7mm Rem Mag thunder. I don’t remember aiming, picking a spot, breathing, or anything else about the shot. What I do remember when I close my eyes some 20 years later is that raghorn 4 x 5 raring up on his back legs and toppling over backward.

That was the day I became obsessed with elk and have chased them every year since. My wapiti adventures have taken me to some unique destinations like Colorado, New Mexico, and Wyoming, to name a few. So, when I got the invite to chase free-ranging elk in Texas—Texas!—I jumped at the chance.

It’s likely many of you assumed from the setting of this hunt I’d be chasing bulls behind a high fence. Negative. That’s not how I roll. Instead, I went to West Texas —  the Glass Mountains to be exact — to chase a growing herd estimated to be 1,500 to 2,000 animals strong.

The Glass Mountains are rich with wildlife. In addition to elk, hunters can expect to see large herds of aoudad, mule deer, and pronghorn. The aoudad in this area are true monsters. Every year hunters from around the globe come to the Glass range in search of a record-class aoudad ram, and there’s no shortage of them.

The country is gorgeous, with cedar-sprinkled hillsides giving way to rocky escarpments and seas of rolling grass. In most Glass locales, the elevation ranges between 4,000 and 5,800 feet, which means there’s a little more air to breathe than in most elk-hunting states.

You Can’t Beat The Price

A remarkable piece of the Texas elk puzzle, in terms of cost, is the license fee.

In Texas, your elk permit is going to cost you $48. Yes, you read that number correctly. You see, in Texas, even free-range elk are considered exotic. This label means there is no season, no limit, and minimal red tape when it comes to regulations.

The license you’ll need is a Type #157 Non-Resident 5-Day Special Hunting License. You can purchase this license online, sync it to Texas’ Outdoor Annual app, and you’re good to kill. No tags and no signatures are necessary. This permit will cover you for coyotes, feral hogs, aoudad, axis deer, and the list goes on.

I’ve hunted some primo spots for elk across the West, and Texas topped them all. The elk don’t receive a ton of hunt pressure, which means when you’re hunting them during the peak of the rut like I did on this hunt, you get to observe elk acting like elk. Over four days, I heard hundreds of bugles, saw six bulls that would push the tape over the 300-inch mark, and witnessed a horn-smacking brawl. Wallows were murky, and the pungent smell of bull piss burned the nostrils. Damn, it was fun.

Another bonus to the West Texas countryside is that it sports a healthy blend of cover and openness, which means time behind the glass is time well spent. Often, we would use a simple locator bugle to pinpoint a bull, gain a vantage point, and observe his headgear. Using quality 15X binos and a good spotter scope let us quickly decide whether or not to go after a bull in the distance.

The bull I wanted screamed on his own before emerging from the drainage of a small canyon. He was caked in dried mud, and when he bugled, he sounded like something you’d imagine hearing during the Jurassic period. His horns were heavy, and his body was enormous.

I wanted to call, but the bull’s nose was in the air, and he was on a march toward a group of cows being tended by a far lesser man than he. My only option was to use the available cover (cedar trees, rocks, and cactus) and close the gap. I did just that and made good on a 236-yard broadside opportunity.

The bull’s headgear measured 312 inches. Just so we’re clear, I don’t care. I’ve never worried about inches of horn. I’m all about the experience and harvesting a mature animal. This bull fit the bill, and his monstrous body will feed my wife, two boys, and daughter for months.

Texas is a hunting win rife with opportunity, and after harvesting my bull and getting the meat cleaned and in coolers, I set my sight on feral hogs. The state is lousy with them, and it didn’t take long to find a wandering herd. From a distance of 256 yards, I let my .280 Ackley Improved rifle eat, and once again, Federal’s 168-grain Berger Hybrid Hunter bullet did its job.

As we cut up the hog and packed her off the mountain, a sizeable herd of aoudad rams appeared on the glowing horizon. It’s hard to beat Texas, and any time you have the chance to hunt this state, regardless of what critter is the quarry, I highly recommend it.