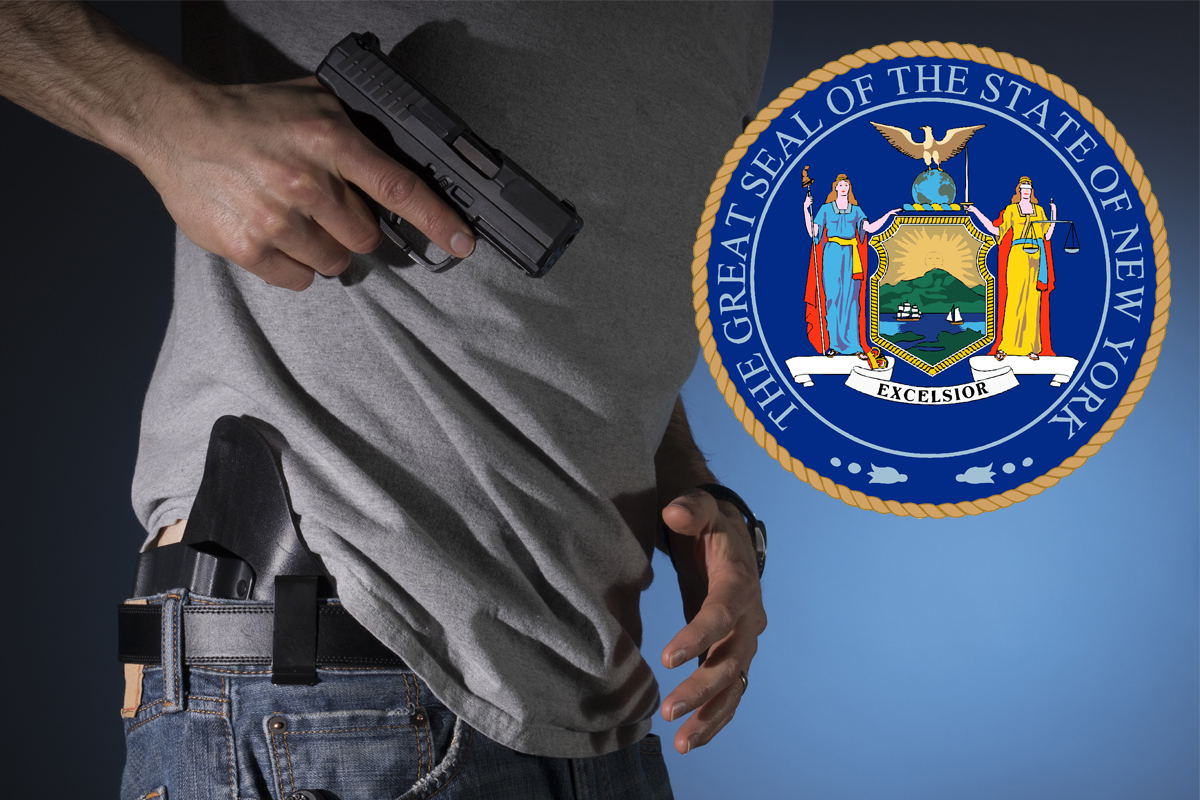 US Supreme Court oral arguments held Wednesday, Nov. 3, regarding the most important Second Amendment court case since D.C. v Heller indicate the court is likely to void the current gun permit laws in New York state. Such a decision would have major ramifications for states with strict “may issue” concealed-carry permitting laws and would be the most significant legal win for gun rights in a decade.

Currently, state officials evaluate individuals applying for a permit and require them to show “proper cause” for needing to carry a firearm for self-defense. Typically, the more specific a reason a person provides, such as routinely carrying large amounts of money or valuable items due to their profession, the more likely they are to be granted a permit. Ultimately, it is at the discretion of officials whether or not to grant a permit on a case-by-case basis.

“Why isn’t it good enough to say I live in a violent area and I want to defend myself?” Justice Brett Kavanaugh asked.

During the oral arguments, the court’s conservative majority signaled that it is likely to rule that the constitutional right to keep and bear arms precludes states from insisting that individuals show “proper cause” before being licensed to carry a firearm for self-defense, Politico says. Such a decision would have a major impact on the gun laws in New York and in states with similar requirements, like California and neighboring New Jersey and Connecticut.

Several justices contend laws like those in New York treat the Second Amendment as inferior to other constitutional rights.

“You don’t have to say when you’re looking for a permit to speak on a street corner that your speech is particularly important,” Chief Justice John Roberts said. “The idea you need a license to exercise the right, I think, is unusual in the context of the Bill of Rights.”

“That’s just not how we do constitutional rights,” Kavanaugh said.

The minority of liberal justices cited a long tradition of states placing various restrictions on gun ownership and where their residents can and can’t carry a firearm in public, concealed or otherwise.

“What it appears to me is that the history and tradition of carrying weapons is that states get a lot of deference on this,” Justice Sonia Sotomayor said. “I don’t know how I get past all that history.”

Paul Clement, an attorney representing two New York gun owners who are plaintiffs in the suit against the state, said the justices should also not ignore the fact that carrying guns in public was legal in most states for most of the country’s history.

Justice Samuel Alito posed the scenario of someone who gets home late at night and has to walk home from a subway or bus station through a high-crime neighborhood and noted that, under the current law, they would be denied a New York carry permit without being able to cite a specific threat.

“How is that consistent with the core right to self-defense?” Alito asked, adding that this element is central to the Second Amendment.

The conservative justices said they favor state discretion to enforce restrictions on the carrying of firearms in certain places and at certain events, like college campuses, concerts, sporting events, or places where alcohol is served — restrictions that are in place in several states.

However, Chief Justice John Roberts challenged the logic that there are fewer carry restrictions in less populated places, saying that more densely populated urban areas are precisely where a person would feel the need to be armed for defense. He added that it seemed like “that’s the last place” a person could actually get a permit.

New York Solicitor General Barbara Underwood countered that densely populated areas have a greater police presence, and officers could be endangered by not knowing if shooting is coming from suspects or people defending themselves and that the risk to bystanders is higher.

Clement argued limiting firearms can’t be a governmental interest when there is a constitutional right to bear arms.

Alito made a somewhat unique argument against the law in New York, saying it is rooted in racism against Irish and Italian immigrants who came to the state in the early 1900s and efforts to keep them from carrying firearms. He also said the law is elitist because it makes it more difficult for average citizens to get a New York carry permit than it is for others.

“There is the right to self-defense for celebrities and state judges and retired police officers, but pretty much not for the ordinary kind of people who have a real, felt need to carry a gun to protect themselves,” Alito said.

While all this bodes well for gun rights proponents in the US, SCOTUS isn’t expected to issue a decision on the case until June or July 2022.

Some believe the decision will cover a shortfall in the landmark Heller case from 2008, which affirmed the constitutional right to bear arms, indeed, extended to people’s homes for defensive purposes. The decision did not, however, address the issue of carrying a firearm in public for self-defense.

If the impending SCOTUS decision follows the same arguments heard Wednesday, states with “may issue” permit laws could be forced to scuttle them in favor of “shall issue” versions, but they will likely still be able to restrict carry in certain locations and at events. However, the decision may only require that “may issue” states remove the “proper cause” caveat from their legislation and permitting process.

Still, for gun owners in New York and the other may-issue states — California, Connecticut, Delaware, Hawaii, Maryland, Massachusetts, New Jersey, and Rhode Island — it will be a significant victory for 2A rights and personal defense.