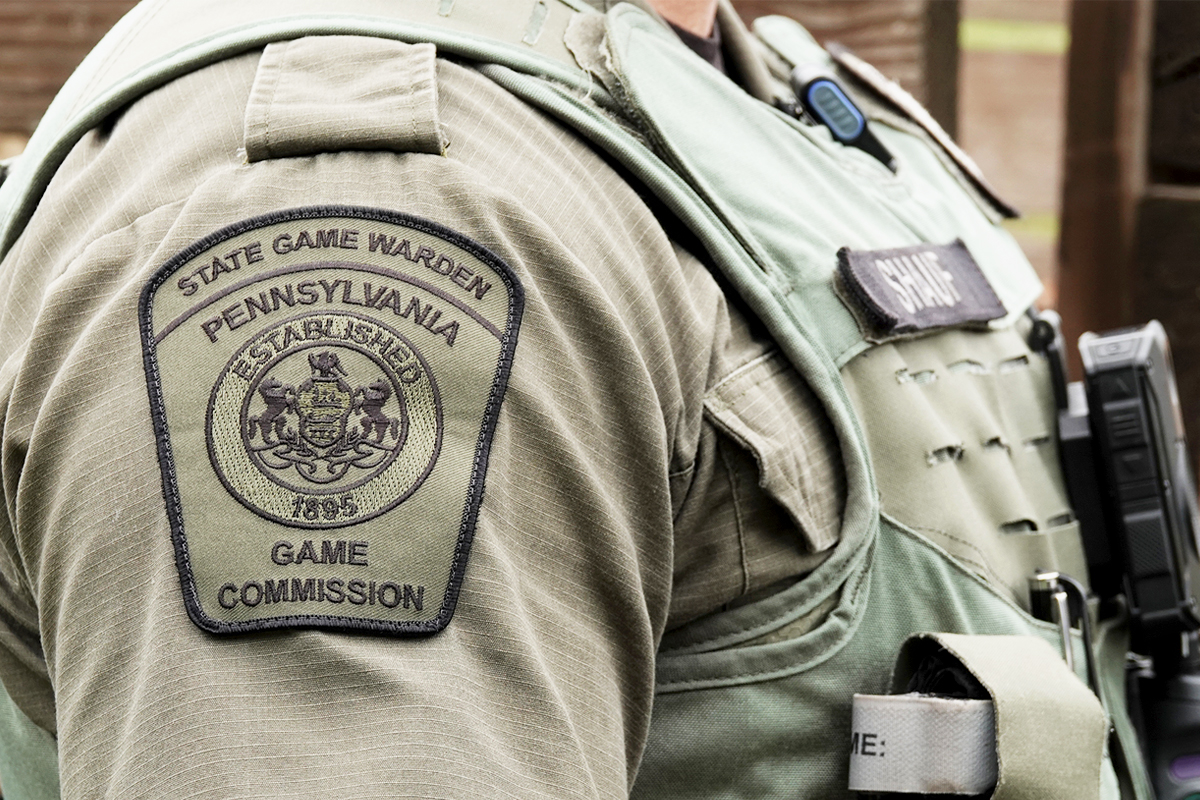 Pitch Pine Hunting Club member Jon Mikesell and his buddies were sitting on the porch enjoying the peace and quiet of the Allegheny Mountains when they were approached by a man who told them he’d been watching them from a hiding place on the property for days. Although the private club property was clearly marked with “no trespassing” signs, wildlife conservation officer Mark Gritzer routinely entered the property to spy on Mikesell and other members of the hunting club.

Incidents like this have led two western Pennsylvania hunting clubs, one in Hyde and the other in Clearfield County, to file a lawsuit challenging warrantless searches of private property by the state’s wildlife officers.

“There are certain things you think you have as a property owner. You have ‘No Trespassing’ signs, you expect privacy, and yet this guy’s walking in camo on your property like he owns the place,” Mikesell said in a statement. “Do we have any rights?”

“People should feel secure on private property,” said Frank Stockdale, the Punxsutawney club president. “They should feel like they have privacy and seclusion. But the Pennsylvania Game Commission is making us feel the opposite. We feel invaded.”

Wildlife officers regularly access private property across the country to enforce hunting laws. Protected by the “open fields doctrine,” which was articulated by the US Supreme Court in the 1924 case of Hester v. United States, wildlife officers can enter private property without permission or a warrant. Under this doctrine “the special protection accorded by the Fourth Amendment to the people in their ‘persons, houses, papers, and effects,’ is not extended to the open fields.”

The Fourth Amendment, of course, prohibits unreasonable searches and seizures. In 1984, the US Supreme Court reaffirmed its previous “open fields” decision in the case of Oliver v. United States.

Pennsylvania statutes also grant Pennsylvania Game Commission officers the authority to enter private property. Title 34, Chapter 3 states, “Every officer, employee or representative of the commission in the exercise of their powers and duties shall have the right and authority to go upon or enter any property, posted or otherwise, outside of buildings.”

However, the Punxsutawney and Pitch Pine hunting clubs are challenging both the open fields doctrine and Pennsylvania law. The clubs filed a joint lawsuit on Dec. 16 with the help of the non-profit Institute for Justice against the Pennsylvania Game Commission and against Gritzer. The suit argues that the Pennsylvania statutes that permit wildlife officers to conduct searches and surveillance on private land without a warrant are unconstitutional.

“Article I, Section 8 of the Pennsylvania Constitution protects citizens, their possessions and properties from unreasonable searches without a warrant or probable cause,” explained Josh Windham, the Institute for Justice attorney who filed the suit on behalf of the hunting clubs.

“The Fourth Amendment to the Federal Constitution, which was written after Pennsylvania’s constitution, ensures the rights of people to have no unreasonable and warrantless government searches without probable cause, and requires the government to describe in particular and in advance the places and people they want to search,” he added. “These [Pennsylvania] laws take all of that away.”

Although the infamous “open fields” doctrine has been successfully used for almost a century to allow law enforcement to cross private property lines, the tide seem to be turning against such permissions, especially for state wildlife agencies.

The Institute for Justice is currently pursuing a similar case in Tennessee, where government agencies installed remote game cameras on private property to search for potential hunting violations.

The Pennsylvania Game Commission has 30 days to respond to the lawsuit. The suit could potentially reach the Pennsylvania Supreme Court sometime in 2022.