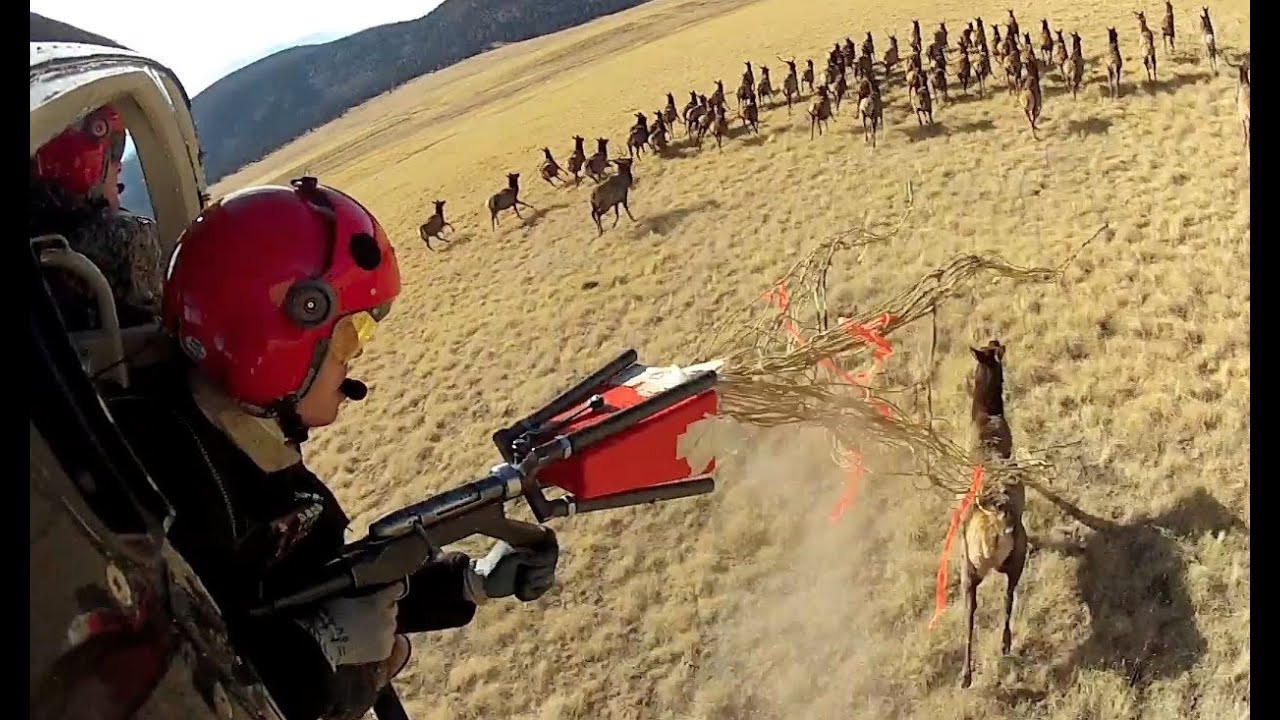 An animal tracking software program that can predict the movements of large game animals without the use of expensive, individual-animal-based tracking hardware like GPS collars has been developed by researchers with the German Centre for Integrative Biodiversity Research (iDiv), the Friedrich Schiller University Jena, Aarhus University, and the University of Oxford.

The software, called “enerscape,” was created as a tool for animal and environmental conservation, to protect livestock, and to identify potential dangerous overlap between wildlife and humans.

Traditional wildlife tracking methods rely on individual animals being collared with a GPS or radio-telemetry locator. Not only can the signal be interrupted for periods of time, but the units are also subject to failure eventually due to physical or environmental damage. And the hardware is expensive; one GPS collar can cost up to $4,000.

Additionally, there’s the cost of employee hours, logistics, and additional equipment like helicopters, offroad vehicles, nets, and firearms necessary for locating, tranquilizing, collaring, and releasing an animal. For example, a 2016 tracking effort in Michigan collared a herd of 40 elk to the tune of $500,000.

Relevant: Private Land Access: How to Earn Permission for Hunting and Fishing

The new software doesn’t require any of the hard costs associated with traditional tracking methods. According to Dr. Emilio Berti, one of the study’s lead authors, the software combines known animal biology and physiology with topographical data to accurately predict movement.

“What’s special is that the software requires very little data as a basis,” Berti said. “The energy an animal needs to expend to travel a certain distance is calculated, based on the weight of that animal and its general movement behaviour [sic]. This energy expenditure is then integrated with the topographical information of an area.”

The software then creates “energy landscape maps” for individuals and groups of animals. Since maps are calculated instead of measured, they are far more cost-effective to develop than traditional maps.

The impetus for developing the software was originally the endangered and protected Marsican brown bear population that lives in Italy’s 123,553-acre Sirente Velino Regional Park, which is partly populated by people, too.

Relevant: OnX Hunt: Is This Hunting App Worth $100

The goal was to predict the bears’ movements and find a way for residents in the area to avoid unnecessary run-ins, which almost always end with the bear being killed. Bear conflict and protection zones can now be identified using the software.

The wildlife management and conservation applications for this kind of tool make a lot of sense, especially for endangered, recovering, or re-introduced species. There will still be a need for some of the traditional boots-on-the-ground methods, though, since the software doesn’t account for actual population size, only movement.

Of course, if you imagine combining the new software’s predictive intelligence with the topographical-based platforms that today’s most popular hunting apps operate on, and it’s not difficult to see how enerscape would be easily translatable to hunting as well.

Relevant: What a Hunting Plan for Out-Of-State DIY Whitetail Quests Should Include

“This makes it possible for both researchers and wildlife managers to adapt the software to a wide variety of landscapes and animals,” said Professor Fritz Vollrath from the Department of Zoology at the University of Oxford and senior author of the study.

“This means that the number of maps of animal movement in landscapes will increase in just a short time,” Vollrath said. “With significantly more cartographical data, the understanding of the behavioural [sic] ecology of a species in a certain habitat will also fundamentally change.”

Information like this is a double-edged sword. The data will most definitely help strengthen wildlife conservation efforts, but it could also open the door to another potential COVID-era-like influx of inexperienced hunters who rely almost entirely on technology in the field rather than seeking out mentors or putting in the pre-season scouting work.

Could this kind of data be of use to long-time hunters? Data on the migratory habits of large game animals in North America is well documented, and seasoned hunters sometimes have decades of in-the-field experience. Any relevant information gleaned from this kind of predictive software might amount to “Yeah, I already knew that” for a lot of them.

It will be interesting to see how this new software and its practical applications evolve.

Read Next: More Than 80,000 Acres of Public Lands Inaccessible to Hunters, Anglers