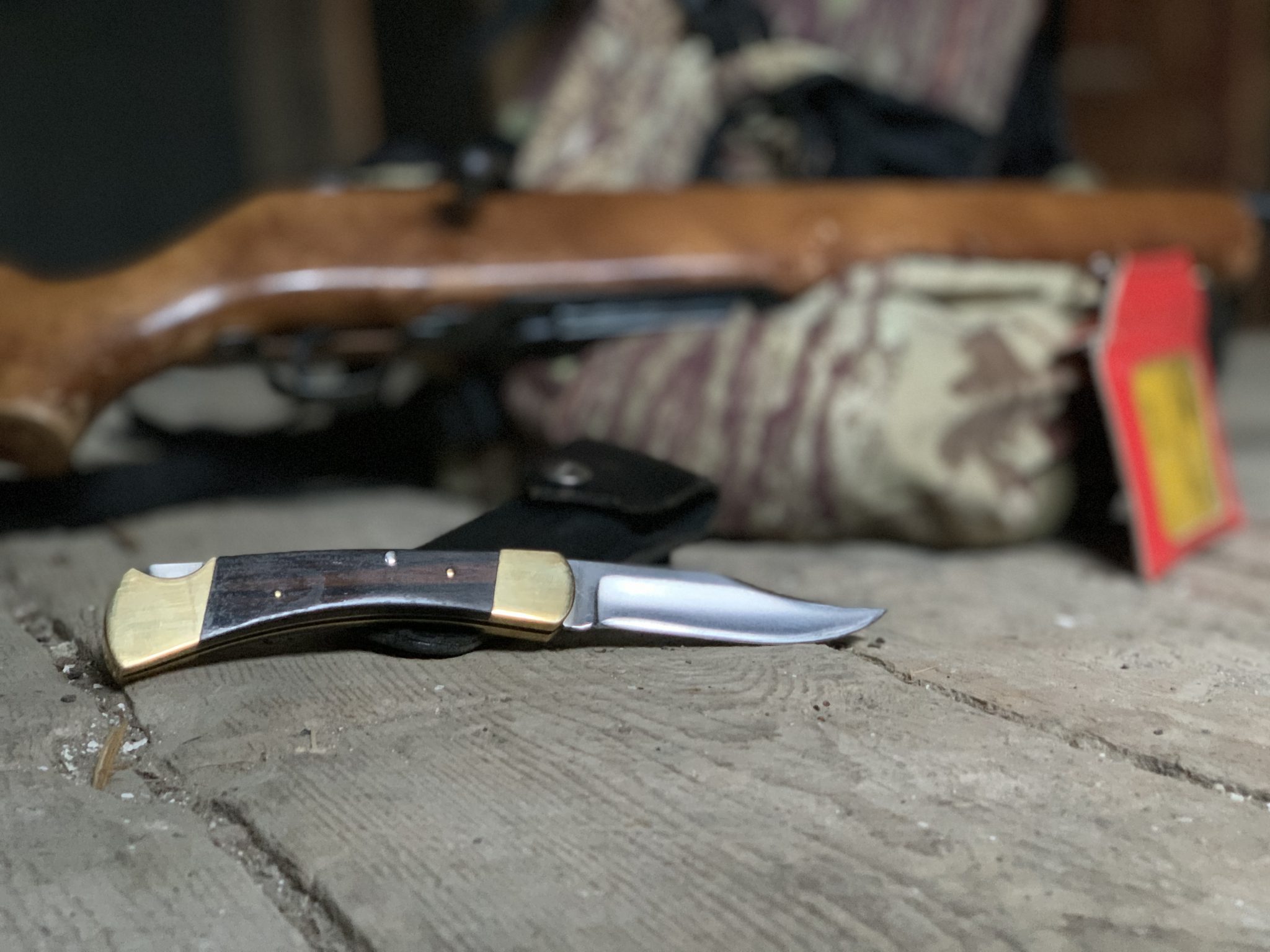 Every human has the knife-appreciation gene in their blood. We’ve inherited the recessive trait from our earliest and most inventive hunter-gatherer brethren. While the trait is not expressed in everyone, for those who served in the military or spend time outdoors hunting or fishing, a primal affinity for a strong, versatile, and durable blade runs deep: The knives we carry hold very specific, very personal meanings and memories. There’s history in each knife. Stories that hold their edge. And none more so than those knives that have served their owners faithfully through every scrape or scrap, in battle, and in the field. Here are five knives that were favorites in the military that have lived on to be great hunters.

Randall fighting knives made their debut in World War II by way of mail order. No lie. Allied combat troops discovered the forged blade was far stronger than a stamped blade and stood the grueling test of combat. Unfortunately, they weren’t military issue, so soldiers had to order them and wait on mail call. Even future president Ronald Reagan wore a Randall fighting knife when he served in WWII, although he never saw combat. The Model 1 was the go-to knife once again when the Korean War started and then later in Vietnam. Ultimately the 7-inch-long, 1/4-inch-thick blade made the transition home on the belts of thousands of soldiers and became part of their big-game and backcountry kit.

The first Bowie knife was made by James Black for Jim Bowie after Bowie’s famous Sandbar Fight. Its large sheath, cross guard, and clip point became a standard that every knife since has had to live up to in some way, shape, or form. The Bowie’s first tour in the military was as an unmarked weapon designed by Benjamin Baker, the deputy chief of the US Counterinsurgency Support Office, issued to covert Studies and Observation Group personnel during Vietnam. Unmarked, because plausible deniability was necessary in case an operator was killed or captured. In 1966 a serial numbered version officially named “Knife, indigenous, hunting, 6″ w/black sheath and whetstone” became standard issue.

During the Vietnam era, Buck 110s with a belt-loop sheath were widely available through the PX on post. Created in 1963 to answer a call for a tough-as-nails knife that could be carried more compactly than a fixed blade, they quickly became a favorite of soldiers in theater and stateside. These are the knives of memory. The knives you were most likely to see on your dad or granddad’s belt as he took off his jacket and rolled up his sleeves to field-dress a whitetail during gun season.

For better or worse, multitools ran through the military and outdoors industry in the last few decades like a stomach bug. Everybody got one. The reason for the boom was immense versatility and durability. The Gerber Multi-Plier 600, which is the current multitool of choice for the US military, now comes in an impressive variety of configurations: blunt-nose pliers, needle-nose pliers, or blasting-cap crimper pliers; replaceable or nonreplaceable wire cutters; blade or bladeless; sight tool or RemGrit saw. If shit breaks in battle or in your treestand, you have the answer.

Sometimes knives start in the field and then prove worthy in battle. Owing its name and status as the strongest knife of its kind to a hunter who killed a Kodiak bear in Alaska with the Union Cutlery blade, the Ka-Bar has lived on as the fighting knife for Marines from World War II to the Global War on Terrorism. Because no one wants to not be badass, eventually the other military branches and specialized units started carrying it as well. When you’re in big country that has inherently bigger game and risks, the Ka-Bar is the close-quarter confidence a lot of folks carry on their belt.