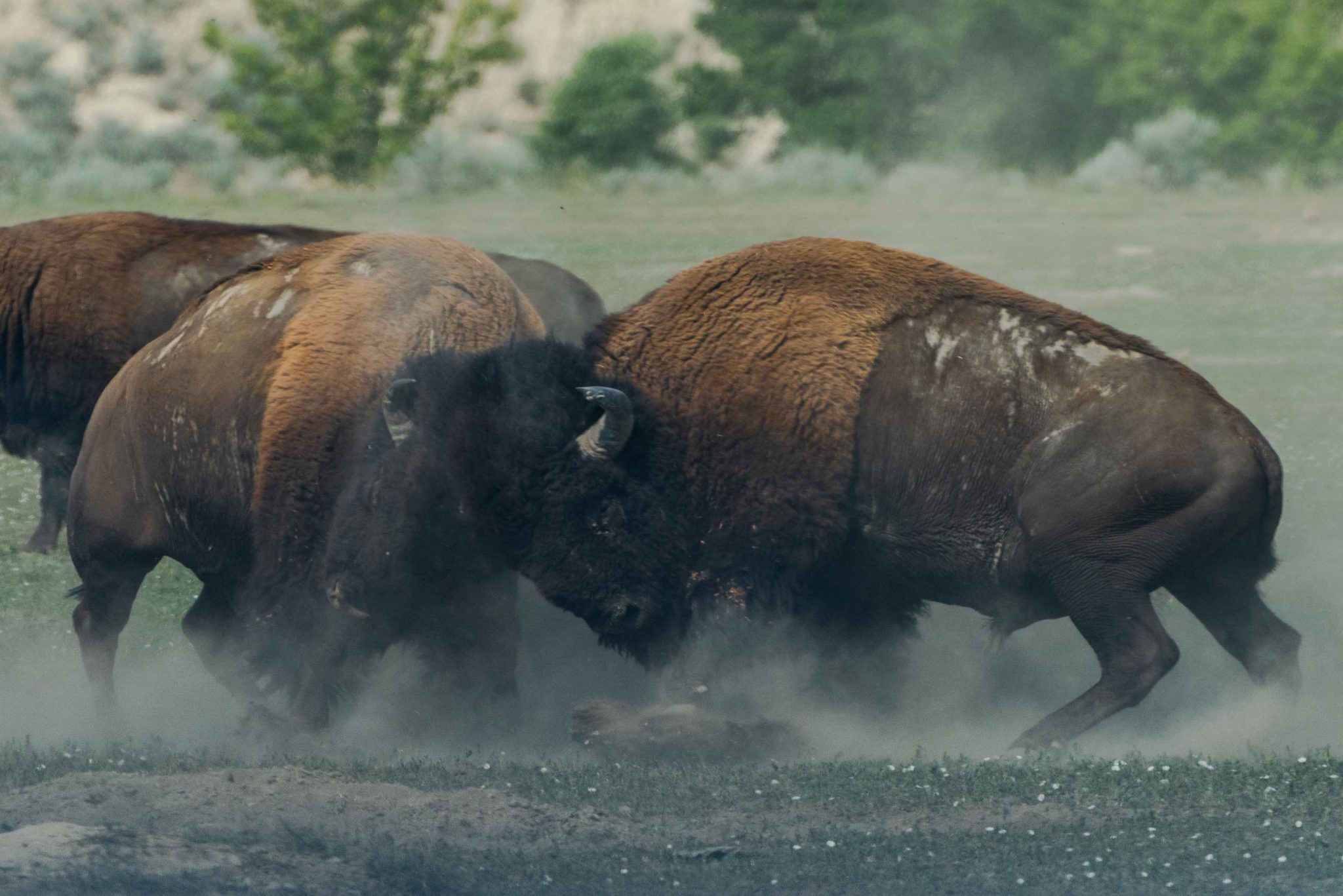 The American West once had its own sea: A great, sweeping, endless ocean of waving grasslands, expanding across the western United States from Canada to Mexico. It was a vast land of pristine and fertile ground, stretching off from horizon to horizon, unspoiled by man’s limitless ambitions. And like every sea, it teemed with life. Rabbits and grouse hid in the grass, wary of the foxes and coyotes prowling in the darkness. Antelope bounced across the vast expanses of open land, staying ahead of the packs of wolves that swept down from the islands of plateaus and ridges standing along the plains. And then, of course, there were the bison. The whales of the grasslands, the American buffalo once traveled the prairie in mobs whose numbers rivaled the number of stars in the sky. They were at one time in history the most populous big game animal in the entire country, with herds stretching for miles, the dust from their movements often blocking out the sun itself. And then, one day, they were just gone.

The fall of the great American bison herds has been well documented, and it is well known that they were hunted to near-extinction. As man moved west in search of new land, the inevitable tide of civilization clashed with the buffalo. The land the creatures occupied was needed for development. That massive sea of grass they lived on and the soil from which it grew was perfect for the incoming cattle and agriculture the pioneers needed to feed the oncoming masses of humanity looking to settle the West. What was more, the bison themselves were valuable. Their hides made clothing, leather goods, and blankets; their tongues and bone marrow were considered delicacies; and their gall bladders were thought to have medicinal qualities. Buffalo hunting, then, became not only a sport but an occupation.

Frontiersmen moved across the prairie in search of the animals, shooting as many of them as they could and cutting the hides and tongues from the carcasses. Although the animals had always been hunted, the Plains Indians—who previously hunted them only for subsistence and had vast knowledge of the herds and their movements—with the coming of the fur trade in the United States, also began to hunt buffalo for profit. Natives in the West had acquired horses and improved weapons, and quickly became involved in the “robe trade”—trading buffalo robes for manufactured trade items such as cooking pots, knives, and guns, as well as cloth, glass, tobacco, sugar, and flour. Though the natives respected and loved the bison, it was a classic case of rising material expectations. Around 1830, as the demand for beaver pelts was replaced by silk, buffalo robes became the currency of trade for almost every trapper, mountain man, cowboy, and Indian seeking their fortune in the “New World.” Over the next 60 years the bison herds, which at one time numbered almost 50 million animals, were cut down to fewer than 1,000 animals by 1880. The few remaining animals hid in distant corners of the country. The West was “won,” and the mighty bison had nearly vanished with the victory, never to return again—or so it was thought.

In 1905, with bison numbers still dwindling, President Theodore Roosevelt, arguably the greatest conservationist of our nation’s history, along with William Hornady and Ernest Baynes, formed the American Bison Society (ABS). Working with both the Bronx Zoo—where Hornady served as director—and more prominently Yellowstone National Park, which had already established a bison preserve in 1902 containing two dozen animals, the American Bison Society set out to prevent the bison from going completely extinct and create awareness of the importance of the animal. They banned all hunting of bison and emplaced protective measures on areas they inhabited. They worked with Congress to make the American bison the country’s national mammal and then set about repopulation efforts.

In 1907, they shipped 15 buffalo from the Bronx Zoo to the Wichita Mountains in Oklahoma, which became the first official animal reintroduction in North American history. They also founded and established herds in South Dakota and Nebraska. Two years later, ABS successfully petitioned Congress to establish a permanent national bison range in northern Montana. Thanks to ABS’s efforts, by 1920, the bison’s population had grown from fewer than 1,000 animals to nearly 12,000. Once all of the herds were established and secure, the American Bison Society disbanded in 1935, but their actions served as a catalyst for the country, sparking a desire to bring the bison back.

Today there are more than half a million American bison living in North America. Although most of these animals are semi-domesticated livestock whose meat has created its own niche market, or fenced-in animals on private ranches, there are around 20,000 wild, free-roaming bison in the country—a population that continues to grow. Alaska, Arizona, Montana, Utah, and Wyoming all have wild buffalo populations that one can hunt via lottery drawings. These hunts support future bison conservation, with most of the funds for the lottery draws going toward shaping the health and longevity of the wild herds.

Hunting bison today is ambitious: although the North American bison’s population has returned to substantial numbers, hunting them has changed from stalking massive herds in relatively small areas to hunting small groups of animals throughout massive areas of land. Hunters lucky enough to draw a tag find the bison a worthy and challenging game animal. In most states the hunters’ success rate for bison is less than 50 percent, but the volume of delicious, high-quality meat, along with the robe and massive skull more than make up for the possibility of coming up empty in the hunt. By hunting bison today we are contributing to and enjoying a great American success story. The American bison stands not only as a symbol of the country but as a symbol of the power of conservation, proving that a species can be brought back from the brink.