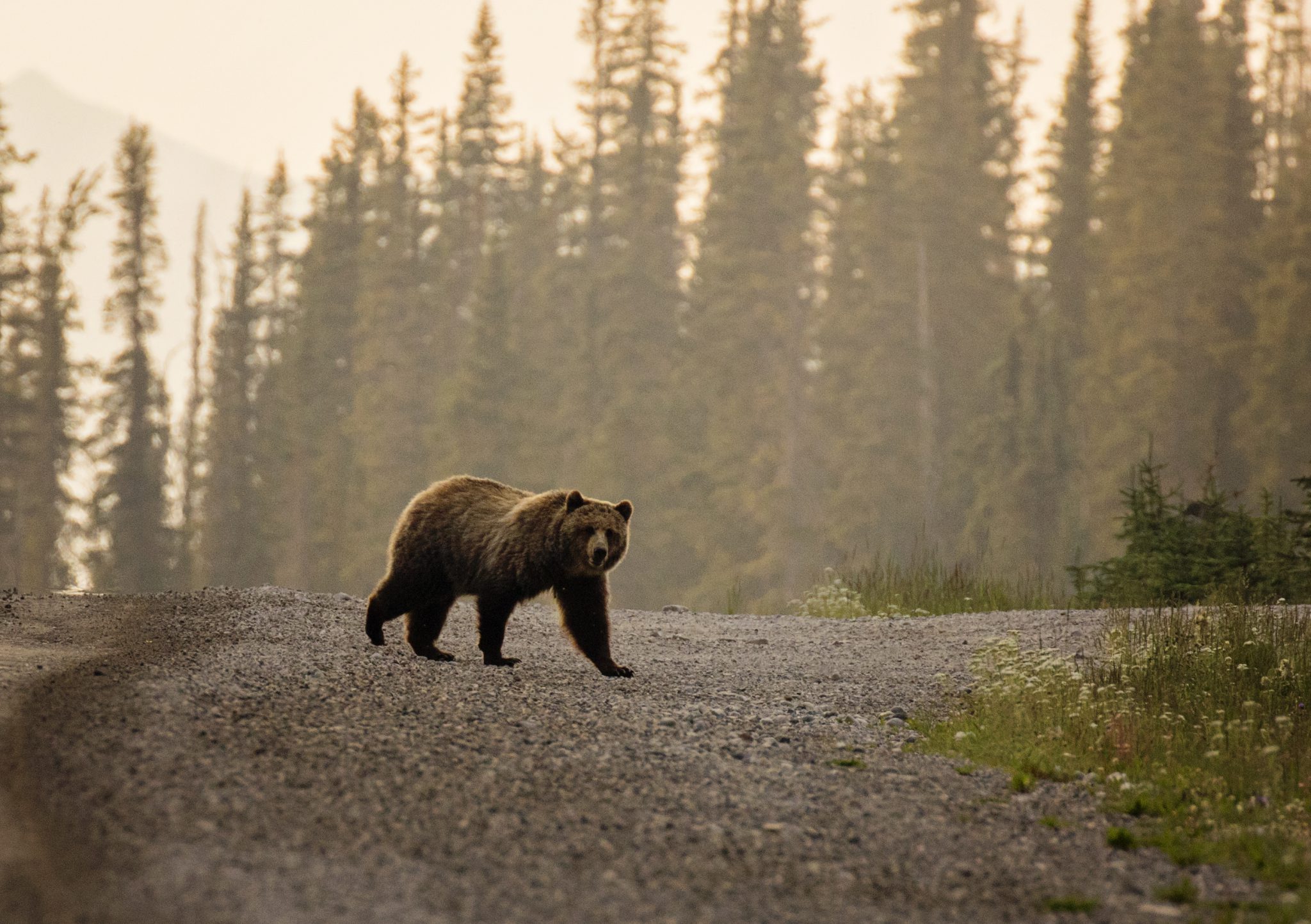 The iconic Yellowstone grizzly bear is charging back into the news — and the halls of Congress.

On April 17, a backcountry guide fishing north of West Yellowstone National Park died after being attacked by an old boar grizzly protecting a cached moose carcass. Charles “Carl” Mock is the eighth person to have been killed by grizzlies in the region since 2010.

Questions over the bears’ Endangered Species Act protections, which prevent state agencies from managing growing bear populations, were brought up earlier this year during the confirmation hearing of new Interior Secretary Debra Haaland, a former congresswoman from New Mexico. In 2019, Haaland co-sponsored the Tribal Heritage and Grizzly Bear Protection Act to permanently protect grizzly bears on ecological and cultural grounds. It also stipulated, among many provisions, the banning of “trophy hunting and non-discriminatory predator control measures that may result in taking of grizzly bears on public lands.”

During Haaland’s Senate confirmation hearing, Sen. Steve Daines, R-Mont., pressed her about these past positions.

“I’m not saying that [grizzly management] shouldn’t be returned back to the states,” Haaland responded. “I would be happy to take a look at the issue, Senator.”

However that shakes out, the Yellowstone grizzly will likely make big news this year. Here’s what you need to know.

The History of the GYE Bears

The grizzly bear population in question is termed the Greater Yellowstone Ecosystem Bear Population, or GYE bears. They span a 25,000-square-mile range about the size of Vermont, New Hampshire, and Massachusetts combined. It stretches through Wyoming, Montana, and Idaho, with the national park at its core.

At their historical high point, these lower-48 grizzly bears once boasted a population of 50,000 that stretched from Missouri to California, Mexico to Alaska. Because of unregulated market hunting and habitat loss through the settling of the West, the bears nearly went extinct before the Endangered Species Act protections kicked in, in the early 1970s.

On July 28, 1975, grizzlies in the lower 48 were listed as “threatened” when numbers dropped to just 136 individuals. The rule made it “unlawful to kill, capture, harm, harass, import, or export a grizzly bear anywhere in the lower 48 states, or to sell any parts or products of grizzlies in interstate or foreign commerce.”

Out of urgency to protect the apex predator, the Interagency Grizzly Bear Committee was formed in 1983 to recover grizzly bear populations and restore their habitats in the West. The agencies composing the committee include the US Forest Service (USFS), the National Park Service (NPS), the US Fish and Wildlife Service (USFWS), the Bureau of Land Management (BLM), the US Geological Survey (USGS), and state wildlife agency representatives from Idaho, Montana, Washington, and Wyoming. The committee’s chief responsibilities include studying and monitoring grizzly bear populations along with developing and implementing recovery plans. It monitors six separate lower-48 grizzly populations, including the GYE bears.

In 1993, an update to the seminal 1982 recovery plan was published and boasted delisting criteria: a minimum population of 500 individuals and “at least 48 females with cubs-of-the-year” across three consecutive years.

In November 2005, USFWS proposed delisting the species for the first time because the population had hit 600 individuals. By March 2007, the agency declared the species a “distinct population segment” to differentiate it from the five other grizzly-population groups in the lower 48. This determination was challenged in federal court, and by 2009, ESA listing protections were restored to the GYE grizzlies. But the fight wasn’t over.

“The recovery of the Yellowstone grizzly bear represents a historic success for partnership-driven wildlife conservation under the Endangered Species Act,” Ashe said. “The final post-delisting management plans by these partners will ensure healthy grizzly populations persist across the Yellowstone ecosystem long into the future.”

Delisting would place management of the bears in state hands. Under the North American Model of Wildlife Conservation, state agencies manage wildlife populations for the benefit of the people. That would mean Wyoming, Montana, and Idaho game agencies would need to develop and maintain a bear plan to keep grizzly numbers in line with scientifically determined healthy population figures.  One key part of state-managed populations is hunting — a necessary management tool, according to nearly all state, federal, and academic wildlife biologists. But the very idea of hunting these iconic bears is abhorrent to some; hence, the perpetual legal challenges despite the clearly recovered bear numbers.

This triggered lawsuits spearheaded by several animal rights and environmental organizations. They ultimately succeeded in stopping the hunt when Judge Dana L. Christensen, a federal judge from Montana, handed down a ruling in September 2018 halting any state management plan.

“Although this Order may have impacts throughout grizzly country and beyond, this case is not about the ethics of hunting, and it is not about solving human- or livestock-grizzly conflicts as a practical or philosophical matter,” Judge Christensen wrote in his ruling. “By delisting the Greater Yellowstone grizzly without analyzing how delisting would affect the remaining members of the lower-48 grizzly designation, the Service failed to consider how reduced protections in the Greater Yellowstone Ecosystem would impact the other grizzly populations. Thus, the Service entirely failed to consider an important aspect of the problem.”

The 9th Circuit Court of Appeals affirmed Christensen’s ruling last July, arguing delisting didn’t account for “long-term genetic effects” on the five other lower-48 grizzly populations. The judge in that appeal added, “The district court concluded that USFWS’s decision to drop the commitment to recalibration in the conservation strategy violated the ESA because it was the result of political pressure by the states rather than having been based on the best scientific and commercial data.”

A newly published USFWS five-year review on lower-48 grizzlies determined to leave “threatened” listing protections on the bears, concluding, “Therefore, with this 5-year status review, we recommend that the grizzly bear in the lower-48 States retain its status as a threatened species under the Act.”

Delisting critics who oppose hunting as a management tool claim the GYE bears haven’t recovered yet. “This population is always going to be vulnerable,” Bonnie Rice, senior Sierra Club representative, said to National Geographic in 2018.

The Humane Society said that USFWS’s announcement keeping “threatened” protections on the bears is “encouraging news for these native carnivores who have been under attack from trophy hunting interests in the states they live in, and who need all the help they can get to survive.”

Many scientists, hunters, and conservationists believe the data supports delisting.

“People think that, just because they’re delisted, now we’re going to hunt them off the face of the earth again,” Joe Kondelis, president of the Western Bear Foundation, said. “Regardless of hunting, can you sit there and tell me that this grizzly bear has not recovered? It’s really hard to do.”

He added, “The No. 1 reason they don’t want the bear delisted is because hunting is a tool that could be used by Game and Fish to manage the bear once it’s their species to manage.”

“By all scientific measures, the grizzly bears of the Greater Yellowstone Ecosystem are fully recovered,” Lummis said in a press release.

“Wildlife management must be determined by science, not by activist judges,” Daines added. “It is time to delist the grizzly bear and return management to Montana.”

What Lies Ahead: The Uncertain Future of Grizzly Bear Delisting

Both the Obama and Trump administrations supported delisting the GYE grizzly bears. But will we see the same attitude from the Biden administration?

New Interior Secretary Haaland previously opposed delisting efforts in Congress, as shown by her support of a 2019 act protecting grizzly bears. Haaland has since said she remains open-minded, but sportsmen and women are skeptical.

As the GYE bear population grows and human-bear conflicts rise, will science or emotions dictate management decisions? That remains to be seen. What is clear is that grizzly bears in and around Yellowstone will make the news this year — we can only hope it’ll be for all the right reasons.

Read Next: How To Stay Safe in Bear Country

Photo at top by Adobe Stock. 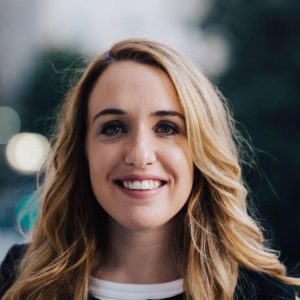 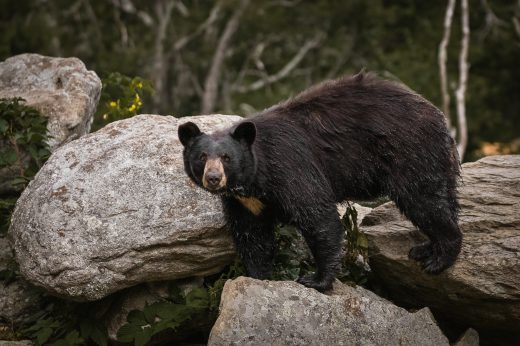 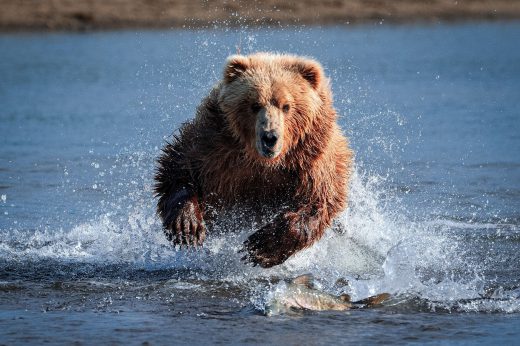 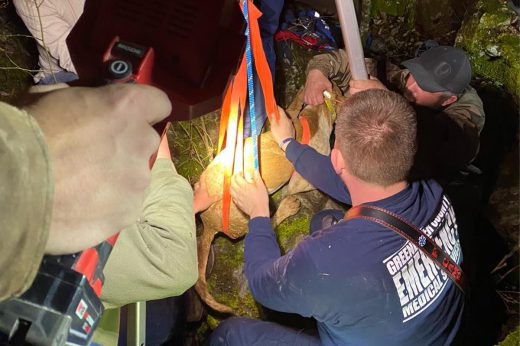