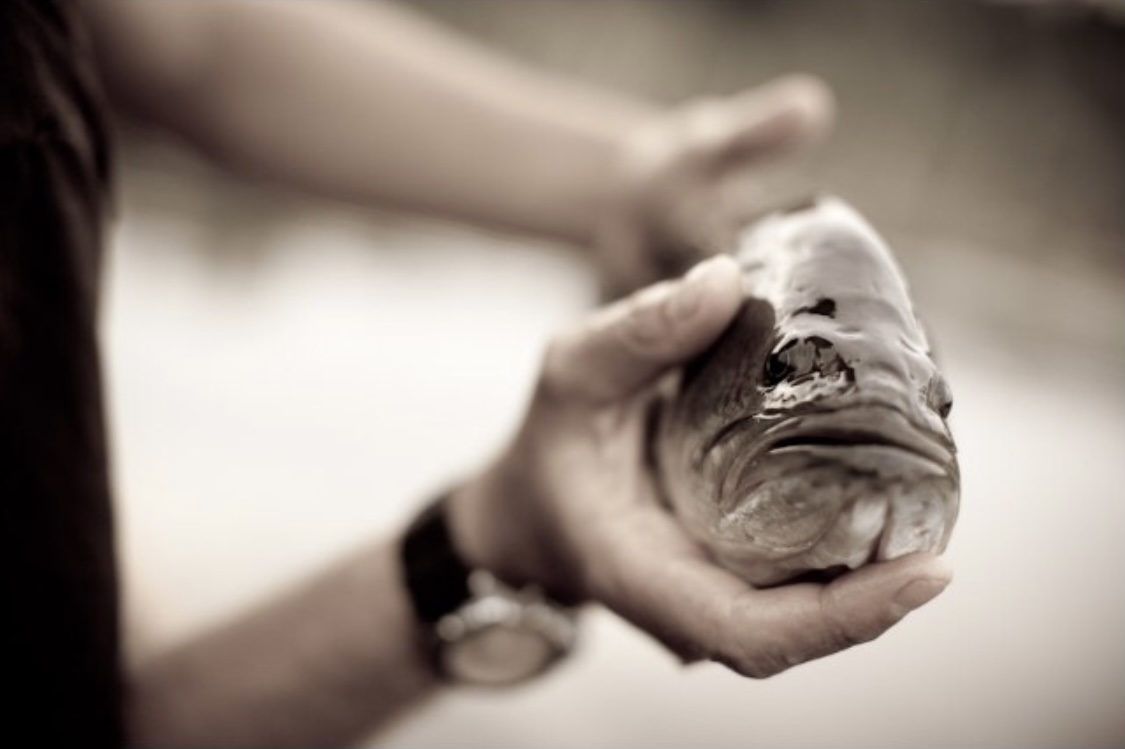 “Never curse a sunfish,” my dad would say. “It could be the only thing you catch.”

Even as a kid, I understood the sentiment. But when I was fishing for bass, I still thought it was a ration of shit. If I couldn’t manage a largemouth, no amount of palm-sized overachievers was going to make up for it. And today, almost four decades later, was a day for bass.

For the better part of the first hour, I peppered a couple hundred yards of undercut banks, overhanging bushes, and submerged trees with a dark minnow pattern. Nothing but aggressive bluegill pestering the fly and, as my dad sensed my rising frustration, that hollow sentiment from the back of the canoe.

We sat in a lovingly abused Coleman that had seen its prime three decades ago on the Shenandoah River. Tiny rings expanded from the gunwales, gently imposing the slight motion on the otherwise perfectly still surface of the lake. Geese gabbled in low tones from the open water farther down the lake.

“You know, I never bought that line when I was a kid,” I admitted.

“Yeah, you were hard-headed,” dad said. “But I figured you’d understand it someday.”

“I understand it, but I still don’t buy it,” I replied, digging into my fly box.

I switched to a favorite crayfish pattern I’d learned to tie from a friend and fishing guide in Northern Virginia and crawled the fly along shallow shelves, weed-bed edges, and drop-offs. A pattern that fed more largemouth than I can remember. Even catfish ate them like candy. Still, more bluegill aggression ensued.

Largemouth hung out in places that I could readily access as a 10-year-old with a 10-speed instead of a canoe. Backwater places overgrown with chest-tall grass and ancient willows. Submerged trunks of long-dead trees resting at easy angles, pointed at the silty bottom. Dew-heavy grasshoppers waiting for the sun, unable to leap from my steps, spitting their tobacco juice as I held the sharp-legged creatures between my fingers.

A largemouth’s green-gray-black camouflage, gently fanning pectoral fins, and brick jaw would make everything else in my 10-year-old world simply fall away. The way they would hold with the single thin shadow of a single thin branch across their eyes reminded me of how I would do the same with my hand so I could see into the water from where I was hunkered down on the bank.

More often than not, if I could get a cast to them, they’d race to my lure, pause with their noses whisper-close and eyes working in their sockets. At my first twitch, they’d flex their giant jaws, inhale my lure, and bolt for shade. So many epic battles between a kid in Chuck Taylors and a fish with anger issues. My haul of largemouth on any given summer day was as good a definition of my standing on this planet then as it is now.

This morning, Dad was perfectly content to sit with his coffee, cast his Mepps bucktail spinner, and thank every panfish he released as I strategized in the bow. A southwestern breeze came up as the sky brightened behind the pines to the east. I paddled to keep us casting distance from shore before settling into a deep, lee draw at the northeast end of the lake. The weed beds were still about 4 inches below the surface, and a huge blowdown occupied the shallower water near the cattails at the lake’s farthest point.

Rising fish punctuated the surface, leaving small rings where bugs had just touched down. Damselflies raced in fast circles through patches of sunlight. I picked out a tan popper with a few chartreuse feathers that really looked like nothing in nature but was big enough to get the bass to pay attention and keep the panfish off the hook.

I laid the first cast out into the middle of a weed bed, stripped it once over an open pocket, and a small, feisty largemouth threw itself at the fly. As I sent the fish back and rubbed my hands together in the water, I heard “atta boy” from the back of the canoe.

We spent the next hour happily casting to sunlit pockets in almost every direction, triggering blind ambush strikes and short, scrappy fights. The fish weren’t huge, but they were just as angry as always.

On the way back to the dock, the wind settled down to a warm breeze, the sun was about at its highest, and we drifted just steadily enough to not need the paddle. We hooked and lost a few. Hooked and landed a few more, including one heavy old warrior I spotted in the latticed shadow of a thornbush. Green-gray-black camouflage, gently fanning pectoral fins, and a brick jaw.

I still didn’t buy the whole “don’t curse a sunfish” deal, but I forgave the earlier scrappers for their blind enthusiasm, and Dad’s point struck home once again. His lesson was clear. Be present. Be grateful. Enjoy the moment.

I cast the popper ahead of me toward shore, teasing it around half-submerged branches. Behind me, Dad still hadn’t retired his bucktail.

Read Next: Fish of the Union: The Top 6 Species Claimed as State Fish