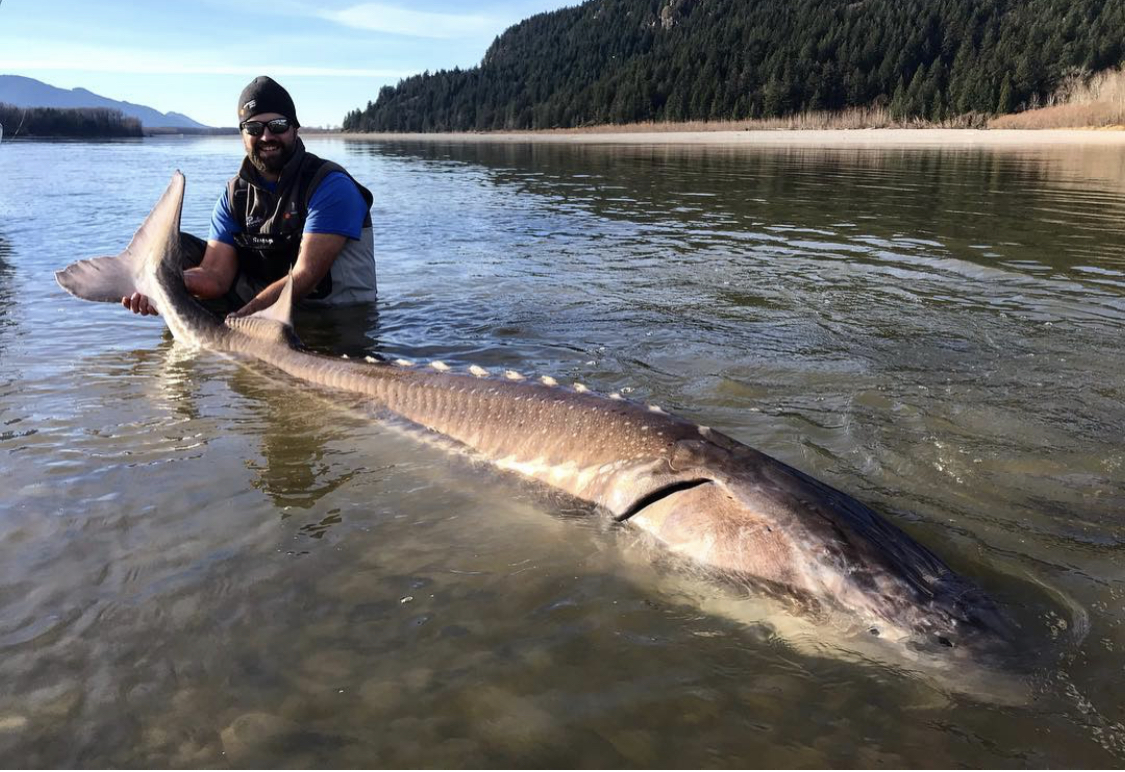 Move over, tarpon — Fraser River sturgeon are gunning for the big-air title.

But a recent Instagram video from Fraser River sturgeon guide Yves Bisson shows a 9-foot, 350-pound sturgeon launching itself completely out of the British Columbia river while at the business end of a fisherman’s line. It looks like tarpon is not the only ancient fish with Simone Biles’ midair chops.

True sturgeon fossils’ origins date back roughly 145 million years. Subsistence cultures throughout the fish’s North American range relied on the fish as a food source, so sturgeon have been on commercial and sportfishing radars for a long time.

As a matter of fact, in the late 1700s, sturgeon were so plentiful in the Hudson River system that commercial interests called them “Albany beef.” Decades of overfishing have reduced numbers to threatened and endangered levels for some species. Today, commercial fishing is banned in North America, and sportfishing is strictly regulated.

In an interview, Bisson said that the sturgeon had been the fish of a lifetime.

“It almost landed in the boat,” he said. “After tagging it for conservation purposes, we released it back into the river.”

The Florida Keys and other tropical locales might be a more appealing backdrop for a nice, 120-pound jumping tarpon, but the adrenaline rush from a 350-pound leviathan tail-walking a wild river just yards from your boat will more than make up for the lack of umbrella drinks at the bar afterward.