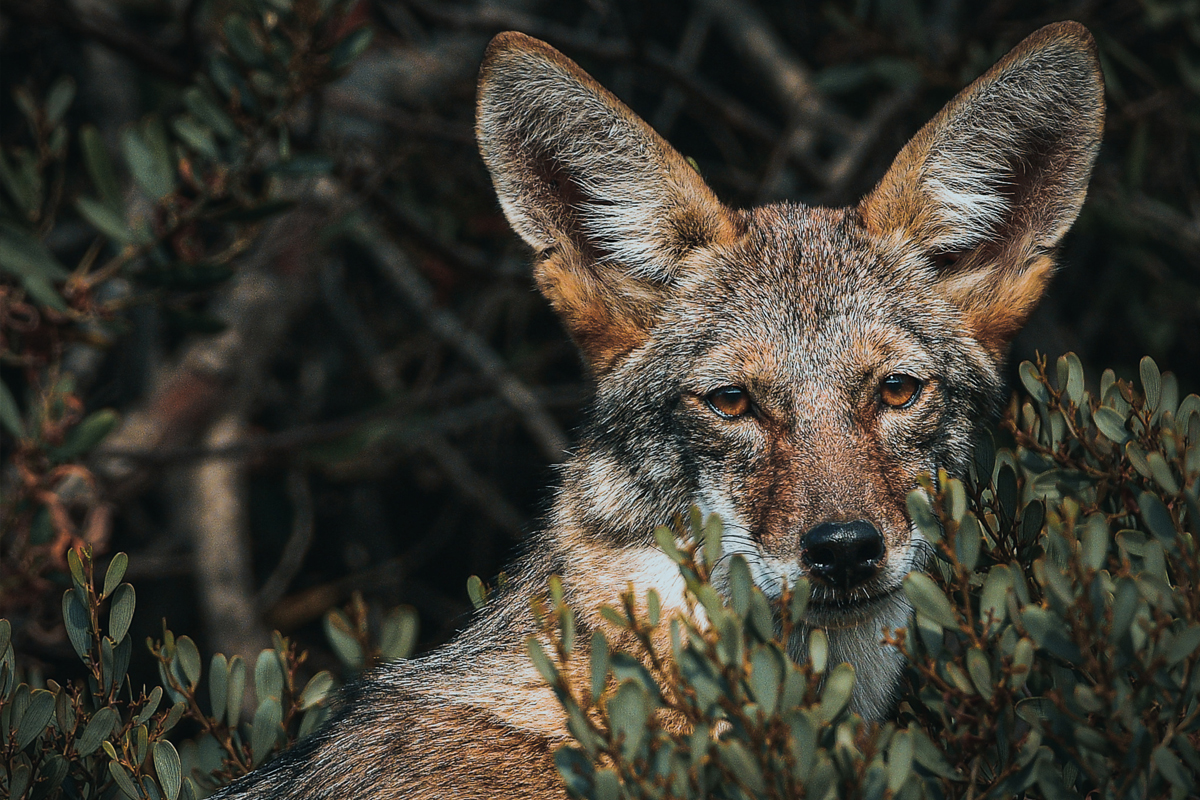 Predator calling competitions are currently under fire in the Commonwealth of Virginia, creating concern among some hunters about the future of their sport after a state delegate labeled such contests as violent, gruesome, and purposeless and said they don’t factor into wildlife management.

On Jan. 20, Del. Mark Keam, a Democrat representing the 35th District in the Virginia House, introduced HB 1247. The bill would prohibit calling competitions, or what he calls “killing contests,” making it unlawful to organize, promote, or participate in any competition where cash or prizes are awarded for the capture or killing of coyotes or other fur-bearing animals.

The proposed legislation targets competitions like the Eastern US Predator Calling Championship (EUSPCC), which was held at the Apex Expo Center in Wytheville, Virginia, earlier this month. The event included 131 teams competing for trophies and cash prizes, as well as guest speakers and a host of vendors. It drew participants from all over the Eastern United States, including hunters from as far away as Illinois and Florida.

Although the event was hosted in Virginia, participating teams could hunt anywhere east of the Mississippi River. Hunters checked a total of 590 coyotes at the final weigh-in. Foxes and bobcats were also taken during the competition.

Practicalities of Predator Control Are Appalling to Some

Calling competitions, like the one held in Virginia, are nothing new. They date back to the Midwest in the 1960s, when ranchers would regularly gather with their neighbors to help with varmint control. As calling competitions gained popularity, rural farmers discovered they could round up more volunteers if they offered gasoline, a side of beef, or cold hard cash as prizes. Local politicians, preachers, and police officers regularly supported the local predator calling competitions, which were considered to be important and functional community social events.

“It’s just purely gratuitous violence, and it’s gruesome,” Keam told WJLA News. “There is no, as far as I can tell, any (sic) legitimate hunting or wildlife management aspect of these behaviors, so I just don’t see any reason why we should allow this to happen, especially in the Commonwealth.”

Predator hunters like Rodger Willett of Gloucester, Virginia, disagree with Keam’s assessment of the competitions.

“I’m very much against this proposed bill. These contests are very beneficial to farmers and ranchers. The contests help them get rid of a lot of predators that wouldn’t be managed without them. Since the fall of the fur market years ago, not many people trap anymore,” Willett told Free Range American. “Now there are too many predators, and it’s taking a toll on the small game population as well as deer and turkey poults.”

Some competitors, like Travis Sigmon of Callaway, Virginia, admit they usually hunt coyotes and other predators on weekends, even when there isn’t a tournament. To many contest participants, these events are more about enjoying hunting camaraderie. As a bonus, the prize money can help hunters recoup some of the money they spend on gear, gas, and travel expenses.

“Predator hunters can dump a pile of money into it, just like any good hobby. It basically makes the competition a weekend to hunt and maybe have a chance at getting some bounty money for the coyotes,” explained Sigmon. “But the end result is just having fun with friends and helping out farmers around the area.”

RELATED – Wild Hunting Tactics: How 7 Apex Predators Do What They Do Best

How Coyotes Came to Virginia

Coyotes are relative newcomers to Virginia. Once limited to the prairie ecosystems between the Rocky Mountains and the Mississippi River, coyotes have slowly spread beyond those borders. These highly adaptive predators are now found in every state except Hawaii.

“Coyotes are in a natural range expansion,” said Gray Anderson, director of the wildlife resources division of the Virginia Department of Wildlife Resources.

Anderson explained that as natural apex predators like mountain lions and wolves declined in the East, coyotes moved in to fill the void.

It is impossible to know precisely how many coyotes call Old Dominion home. It is safe to say, however, that the population in the state has skyrocketed over the past two decades. Surveys indicate Virginia hunters are culling about 20,000 to 25,000 coyotes each year. As recently as 20 years ago, those tallies were closer to 1,000 to 3,000 animals. That makes the 590 coyotes checked in for the Virginia predator calling contest seem paltry.

“For the most part, coyotes don’t cause that much problem, but they can find themselves in certain situations where they get involved in a farmer’s operation or in urban areas, where we see issues with pets,” Gray said.

According to the USDA, coyotes kill more than 310,000 head of cattle, sheep, and goats annually in the US.

“When a rancher’s cow drops a calf, and the coyotes get it, that’s $1,000 out of the rancher’s pocket. That adds up quick,” Willett said.

Sigmon confirmed that local farmers in Franklin and nearby counties have serious problems with coyotes.

“Most of my hunting spots for coyotes come from farmers calling me,” he said. “They know my brother and I predator hunt. They say, ‘Please, kill them all.’”

“They can’t even use the fur…”

Booming coyote populations don’t just affect rural farmers. According to the Virginia Department of Wildlife Resources, coyotes “can live in any environment in Virginia, including some of the most densely populated urban areas in the United States. This includes living among the 1.1 million human residents of Fairfax County. Not only do they survive, they thrive.”

The Humane Society of the United States is highly outspoken about hunting competitions. The organization launched an undercover investigation of the EUSPCC earlier this month, releasing photos and video footage of scenes they considered shocking. But to predator hunters, the images are ordinary. To many landowners, they represent a welcomed sight: dead coyotes and other predators piled in pickup trucks sporting stickers and license plates that read “KLN YOTES,” “COYOTE HEARSE,” or “DAWG DWN.”

“We have heard some of these people say they can’t even use the fur because their gun blows them away, and the wounds are so significant. So it’s not about anything else other than getting as many as they can and dumping the bodies,” said Kitty Block, Humane Society CEO, and president.

Sigmon admits that participants in predator calling contests often have no choice but to throw away the carcasses of the animals they kill.

“Most are taken and skinned for pelt, but yes, some get torn up too much to be used. Predator hunters are in a lose-lose situation when it comes to mangled hides. If you use a smaller caliber gun to kill a predator, many will just run off and die somewhere, and you won’t find them,” he said. “Use a larger caliber gun, and it destroys the pelt. Either way, the other side will call us inhumane.”

Representative Keam claims his bill is not an attempt to implement anti-hunting legislation.

Virginia currently has a continuous open season on coyotes; foxes and bobcats have restricted hunting seasons and bag limits, which is the case in most Eastern states, and hunters must abide by those rules, whether they participate in predator calling contests or not.

Willett contends that “anti-hunters are the only ones fighting for these bills, and they don’t have a clue what they’re talking about. The game department made the law to kill as many coyotes as you want any time of year, day or night. That’s because they know the science and the fact that the coyote population needs to be controlled. These contests encourage hunters to help with that issue.”

“Leave the rules to the game biologists and tell the anti-hunters if they don’t like it, don’t participate,” Willett added.

Although the state wildlife division hasn’t taken an official position on predator calling contests, Anderson explained that the competitions are “very much legal.”

“As far as we know, there’s never been a ticket written in association with one of these contests,” Anderson said. “They are following all the rules and regulations set forth in our manner and means of harvesting the coyotes, foxes, and bobcats that they pursue.”

“Coyotes are considered a nuisance species, which puts them in a very different category than a game species,” he added. “That means whenever they are creating a problem for a landowner, you have the opportunity to take those animals.”

Anderson also said data doesn’t support any assertions that hunting competitions like the EUSPCC have an overarching negative effect on Virginia’s coyote populations as a whole.

“But what you can see is that it can help predator problems for an individual livestock producer,” he said. “There is opportunity for localized positive effects of removing predators that are impacting farmer’s operations.”

“What’s going on is an emotional issue. It is a highly polarizing issue. But what is going on in the landscape is highly regulated. Everything they are doing is legal, and we’re not worried about harming the populations,” Anderson added. “We’re just trying to figure out what the best thing for Virginia is right now.”

READ NEXT – Coyote Hunting: Intense Scouting and Planning Pay Off