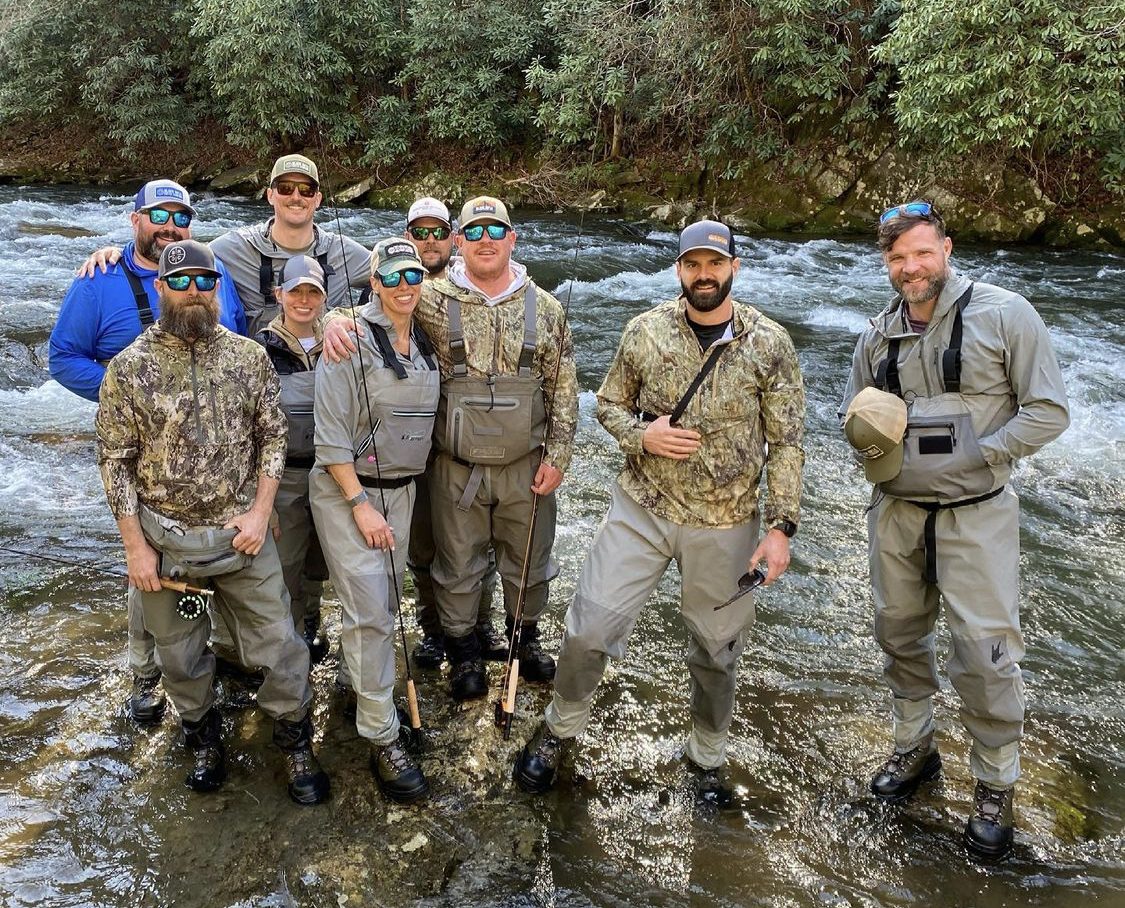 Conversation the night before covered the usual bases. Everyone knew the shit that everyone else had seen and no one really wanted to rehash most of it anyhow. Everyone spoke the language, the shorthand of combat experience, and that acknowledgment was enough. The real topic at hand, the reason for our gathering deep in the Blue Ridge Mountains of North Carolina that had everyone fired up, was fly fishing.

Standing in the river with a fly rod for the first time ever, Rob Otteson, a Special Forces medic, knew immediately that he was in a good place.

“It was important for me to find and build new hobbies away from the military life,” Otteson said. “Lots of guys get out of the military and continue to live the operator lifestyle. Shooting, tactics, contracting, and such. My entire life has been violent and action-packed. To me, learning to fly-fish will build upon the activities I use as my therapy from that lifestyle. Spending the day on the river casting flies is peaceful and relaxing. It’s a much-needed mental break from the day-to-day military activities.”

A little farther down the run, Jason Lilly, a former Marine Raider, was contemplating his own stretch of water in search of a trout.

“Fishing was a cornerstone in my family while I was growing up in Kansas,” Lilly said. “From an early age, it was there, and it’s what brought us together, what inspired us to be outside. Being surrounded by it from such an early age, I naturally gravitated towards taking it very seriously, so much so that my dream was to be a professional bass angler.

“Then I joined the Marines and later worked for a couple of agencies. I was very focused on my life as an operator, and fishing fell by the wayside.

“Being on the Nantahala River now, surrounded by so much green foliage and clean air, is absolutely breathtaking. I feel like I’m home, right where I need to be.”

This particular fly-fishing weekend for veterans was hosted by the Hunter Recruitment Project.

Baker Leavitt and Jamey Shirah started HRP to introduce adults to hunting through actual hands-on experience in the woods. Participants are given comprehensive instruction on everything from gun safety and shooting to wildlife behavior and hunting tactics, and then they are paired with mentors who show them the ropes in the field.

But hunting is only part of the bigger picture. Fishing is also an important focus for HRP. It’s more universal and approachable than hunting — most everyone has some sort of childhood fishing memory — but it’s also a gateway for introducing people to other outdoor sporting pursuits, such as archery and gun hunting.

This weekend was about fly fishing for rainbow and brook trout in the mountain rivers of the Nantahala National Forest in Western North Carolina. Paul Bourcq, expert fly angler and instructor and former coach and team member of the US national fly-fishing team, was our guide in learning the fundamentals of catching fish on the fly.

For Bourcq, the weekend was exactly what he hoped it would be.

“It was incredible to be able to share my home water with a group of unique and equally talented individuals,” Bourcq said. “Watching them learn, grow, and become more confident fly anglers was awesome.”

Leavitt came away from the weekend feeling the same way.

“Paul and Gordon were awesome teachers, guides, and knot untanglers, and very patient.” Leavitt added, “Life gets a little stressful at times for these guys, and these events are amazing opportunities to recharge the batteries.” 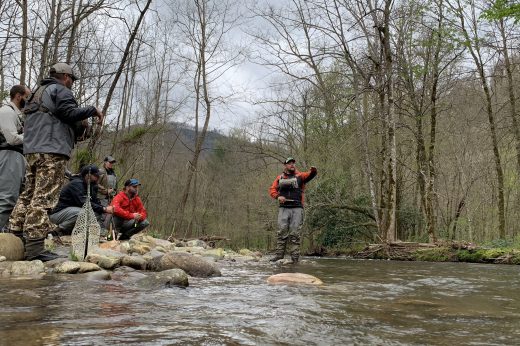 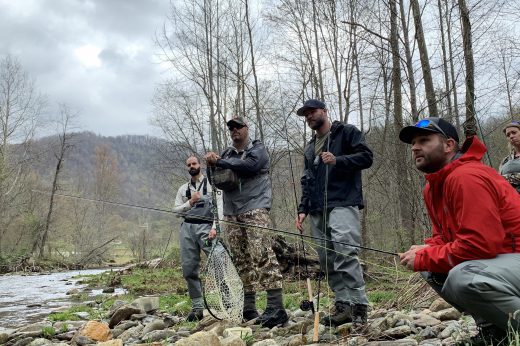 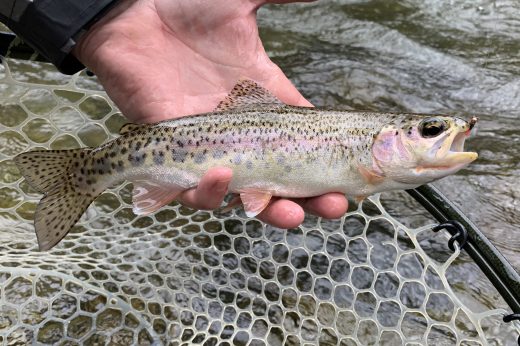 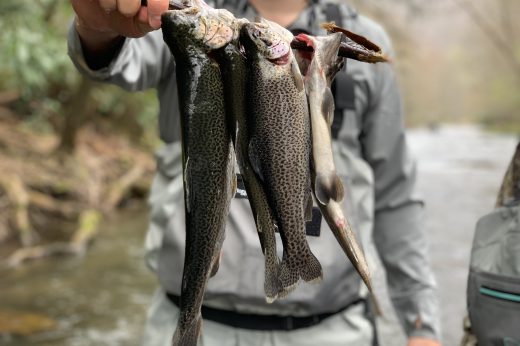 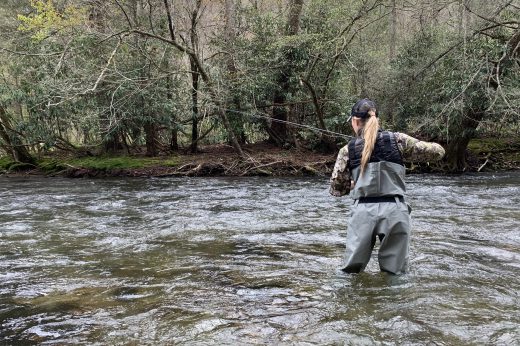 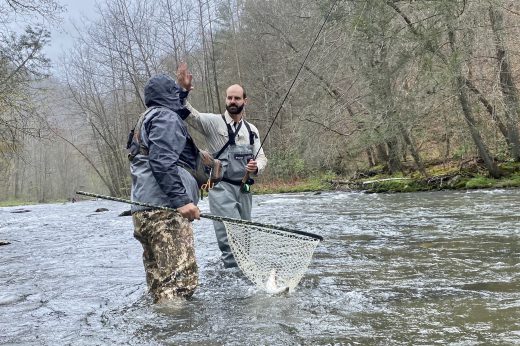 A successful morning of fishing after some on-the-water instruction. Photos by Matt Smythe/Free Range American.

After being peppered with questions over beers and a steak dinner the night before, Paul and his fellow guide Gordon Vanderpool helped everyone put theory into practice on the water the next morning. We spread out up- and downstream, and fish — a lot of fish — were caught over the two-day outing.

The fish were icing on the cake. The two days spent on the water gave participants a meaningful and quieting new outdoor activity as well as new friendships begun through shared experience. Conversations shifted from the heavy experiences of the past to family, fitness regimens, and other lifelong pastimes. The river carried away whatever they cast into it, as it tends to do. 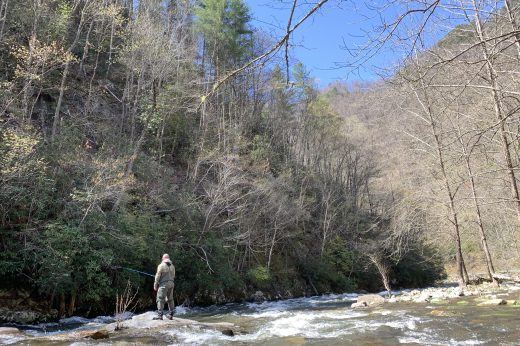 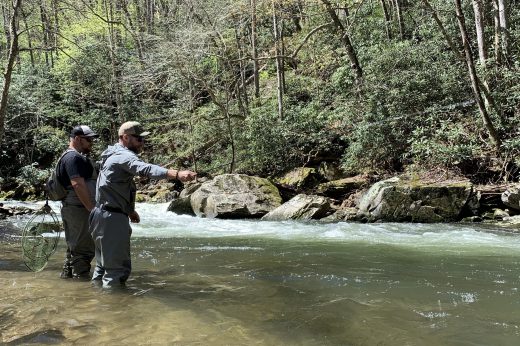 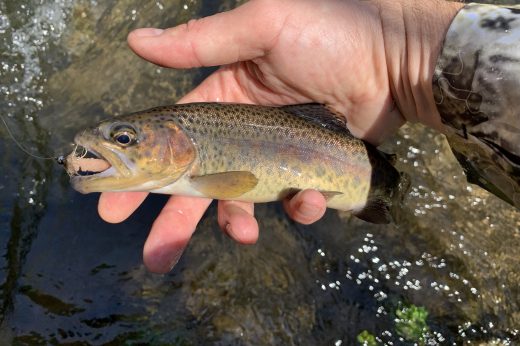 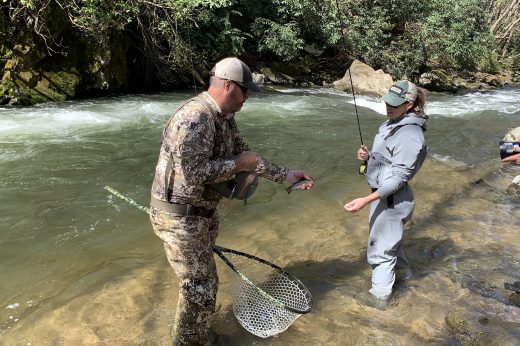 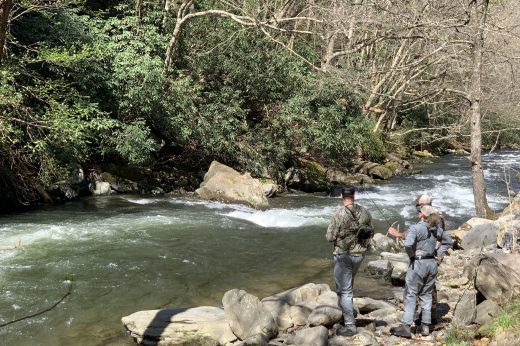 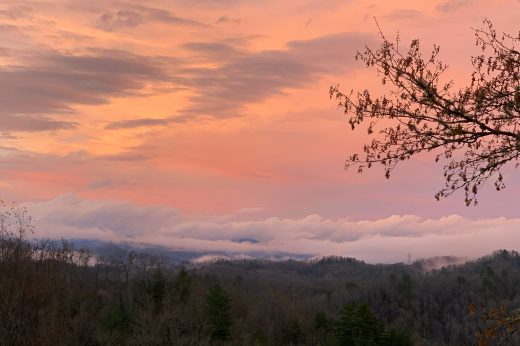 For Shirah, the event raised the bar for future HRP events.

“Gathering together guys from all different walks of life in the beautiful Nantahala National Forest created an experience that was second to none for them. This weekend has raised the bar for how we introduce new hunters and fishers to the sport.”

Seeing the transformation of someone’s internal dialogue while he stands thigh-deep in a clear, cold, rushing river is an amazing thing. The moments of awe when he pauses and look around to take in his surroundings. The intent focus and patience of drifting a tiny fly along a churning run, and then the pure joy of a fish grabbing that fly, bending his rod, and displaying its colors in the palm of his hand.

No matter the road that led the weekend’s participants to the river, the world’s shadows faded in that light, and they added an important and intangible piece of kit to their go bags. HRP mission accomplished. 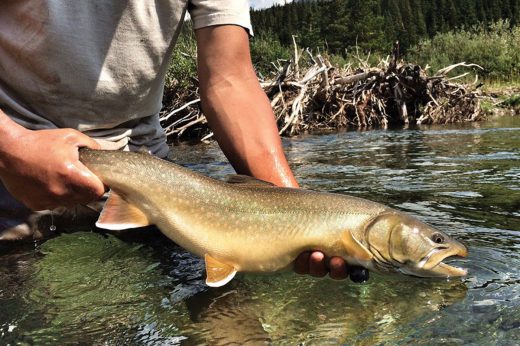 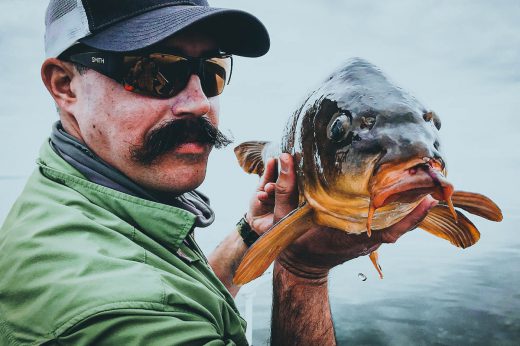 7 Ugly Fish and Why We Love Them 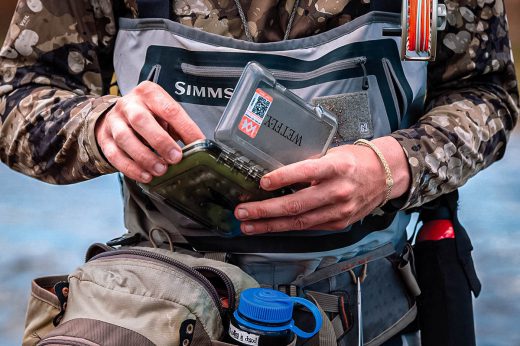