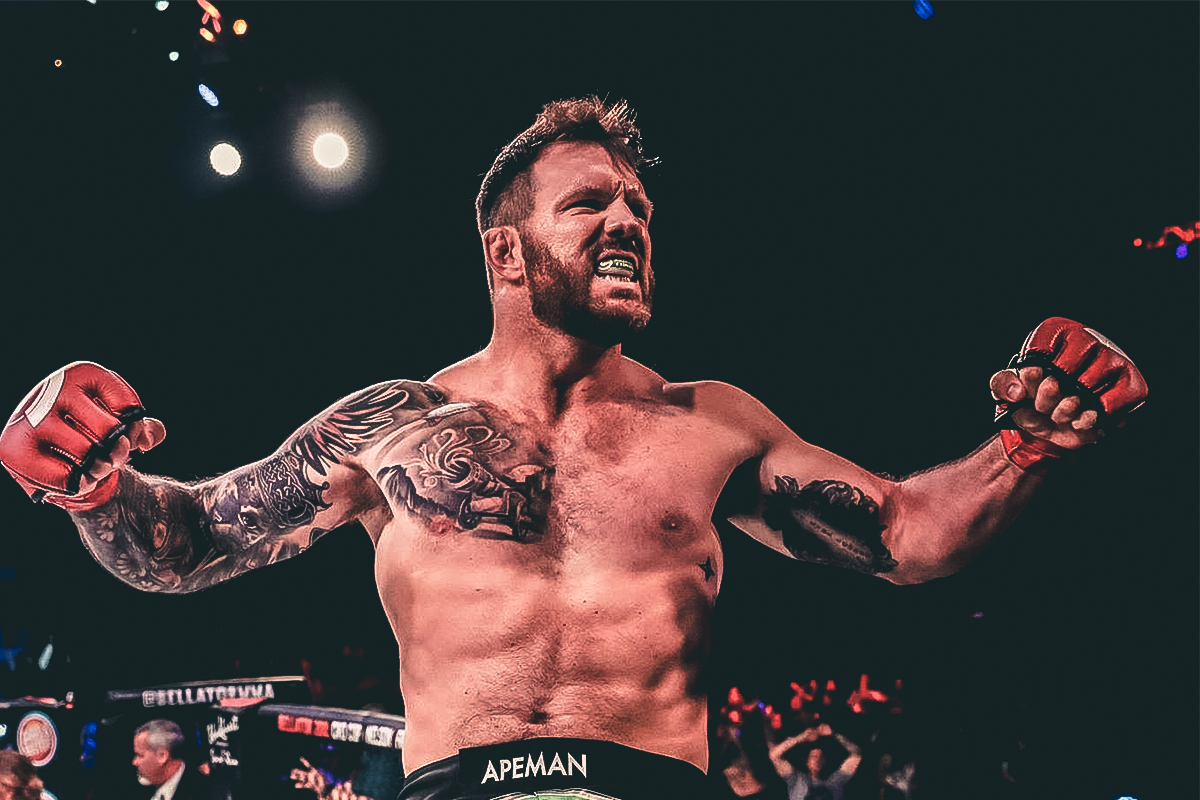 You know those guys who don’t look very intimidating but could actually kick your ass if it came down to it? That’s not Ryan Bader. At 6-foot-2 and 230 pounds without a visible ounce of fat, he not only looks intimidating, but he can also definitely kick your ass. And that’s before you find out that he’s a professional mixed martial artist with a winning record.

You may have first seen Ryan “Darth” Bader on season eight of “The Ultimate Fighter” — which he won with a knockout in the first round. But before he ever stepped into the octagon, he was an NCAA All-American wrestler at Arizona State University. He went on to compete in the UFC, where he was ranked a top-five light heavyweight contender, holding an impressive 15-5 record. He’s currently fighting for Bellator MMA, where he’s the first fighter in the company’s history to simultaneously hold championship belts in both the light heavyweight and heavyweight divisions.

But there’s more to the Reno, Nevada, native than meets the eye. He’s actually a really nice guy who loves the outdoors and a good cup of coffee, so we sat down with him in the second installment of our new series: 11 Questions & A Cup of Coffee — check it out!

COD: How do you take your coffee?

RB: I take it a couple of different ways. I do a little half-and-half a lot of times, maybe a little dab of honey. Other times I’ll do it black. When I’m training pretty hard in training camp, I’ll usually stick to straight black and then indulge a little on the weekends.

COD: How do you make your coffee?

RB: In the morning I’ll brew a pot of coffee. I usually try to stick to one [cup], but it ends up being two pretty often.

COD: What’s the most bizarre/extreme place you’ve ever had (or made) a cup of coffee?

RB: Probably in British Columbia in a snowstorm. We were out hunting and we took these horses way up, out in the middle of nowhere. We stayed 18 days in a wall tent out there. I had a terrible guide at that time who got us lost and kind of stuck — we didn’t know where we were at. So we were hunkered under a tree, and I had one of those little portable Jet Boils. Made one of those coffees where you just pour the grinds in there. I made him one too, got him back on track, and we were able to get out of there before it really got bad.

RB: I’d have to say a good weight cut. There are times you feel like you’re gonna die. I gotta lose 20 pounds … 18 pounds in two days, so the last day I’d get 10 pounds off in an hour by putting on this sauna suit and hitting the sauna. It’s just doing the physical stuff to get that weight off. I’m good with doing the physical stuff, I like a challenge, I like to do hard stuff — but when you’re sucking the water out of your body to make weight and you have nothing in your body or your brain, basically … that’s tough. Late at night, lying in bed, dreaming of water before weigh-ins … I’d say that’s the most demanding thing I’ve ever done. And I have to go fight the next day, on top of it.

COD: What motivates you to do what you do?

RB: I’ve always had this fire, this motivation to compete and be the best at whatever it is I’m doing. That came from when I was playing football and wrestling. I might not be the best at it all the time, but if I’m gonna do it — and I’m gonna put my mind to it — then I’m gonna go after it 100 percent. It’s that will and desire to be the best at something.

What I do, right now, it’s continuing to challenge myself, and I always have to have that next goal. So that drives me all the time. People can say whatever they want about me, but I want them to say, “He went after it. Whatever his goal was, he didn’t leave anything on the table.”

COD: What do you think is the most misunderstood thing about you or the work you do?

RB: The sport is kind of misunderstood, but it’s getting better now that it’s becoming more and more mainstream. My wife will hear comments like, “Oh, he’s really nice! I figured he was gonna be —” ya know, fill in the blank. People watch us on TV, and they watch us beat the hell out of each other, right? But they don’t know our family lives, they don’t know where we come from. I came from a good family, ya know? I went to college — graduated college — but I had a need to compete, and I was good at wrestling. That transferred over to fighting, but I think 90 percent of people think we’re just bar-stool brawlers that are thugs and just need to hurt people. That couldn’t be further from the truth.

COD: How do you define success?

RB: Success is not a trophy, it’s not money. It’s going back to what I was saying: If you go in there and give it your all, whatever it is you want to do, you should be doing that because that means you’re passionate about it and you’re doing the right things in life. And be a good example, leave the world a better place. Be a good example for your family, your kids. That’s my biggest thing now because I’m a father. I want [my kids] to look at me and say, “That’s what I want to model myself as.” It’s not monetary, it’s not awards … it’s how you make people around you feel and knowing you did everything you could do with your passion.

RB: That’s a tough one. I prefer an ocean view occasionally, but if it was gonna be a long-term thing, definitely mountain. I grew up in the mountains, and it’s a special place.

COD: If you could have any superpower, what would it be?

RB: If you asked me when I was younger, I’d say I want to be invisible for many different reasons [laughs]. I would say teleportation, though. It’s super practical, you could save so much time. You could see the world, do whatever.

COD: What are your hobbies, outside of what you are known for?

RB: I’m a big outdoors guy. I get bored very easily. Being in situations where your senses are very heightened, and then you come back on Monday and you’re just with your family … it’s definitely a contrast. So, I like to do stuff that will give me that adrenaline faster — I’m outdoors hunting, fishing, hiking … all that kinda stuff. I was actually just out in San Antonio with Mat Best and all those guys, and we were just having fun, shooting shit. I grew up hunting and around guns, so I love doing anything that involves that. I don’t golf or anything.

COD: On a scale of 1 to 10, how confident are you in your ability to survive in a post-apocalyptic world (1= dead on day one, 10 = ruler of the new world order).

RB: It’s a cocky seven. I feel like I can handle myself, I can do all that kinda stuff. From going out hunting and stuff, I’ve been in situations where it was a survival situation. But I also know I get extremely hungry and crabby, so I know someone in my group may pop me because I’m whining too much about being hungry.

This article was originally published March 22, 2019, on Coffee or Die. 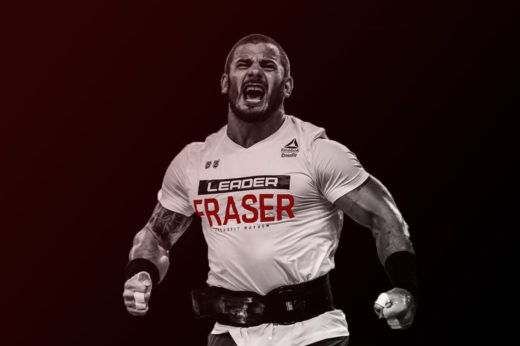