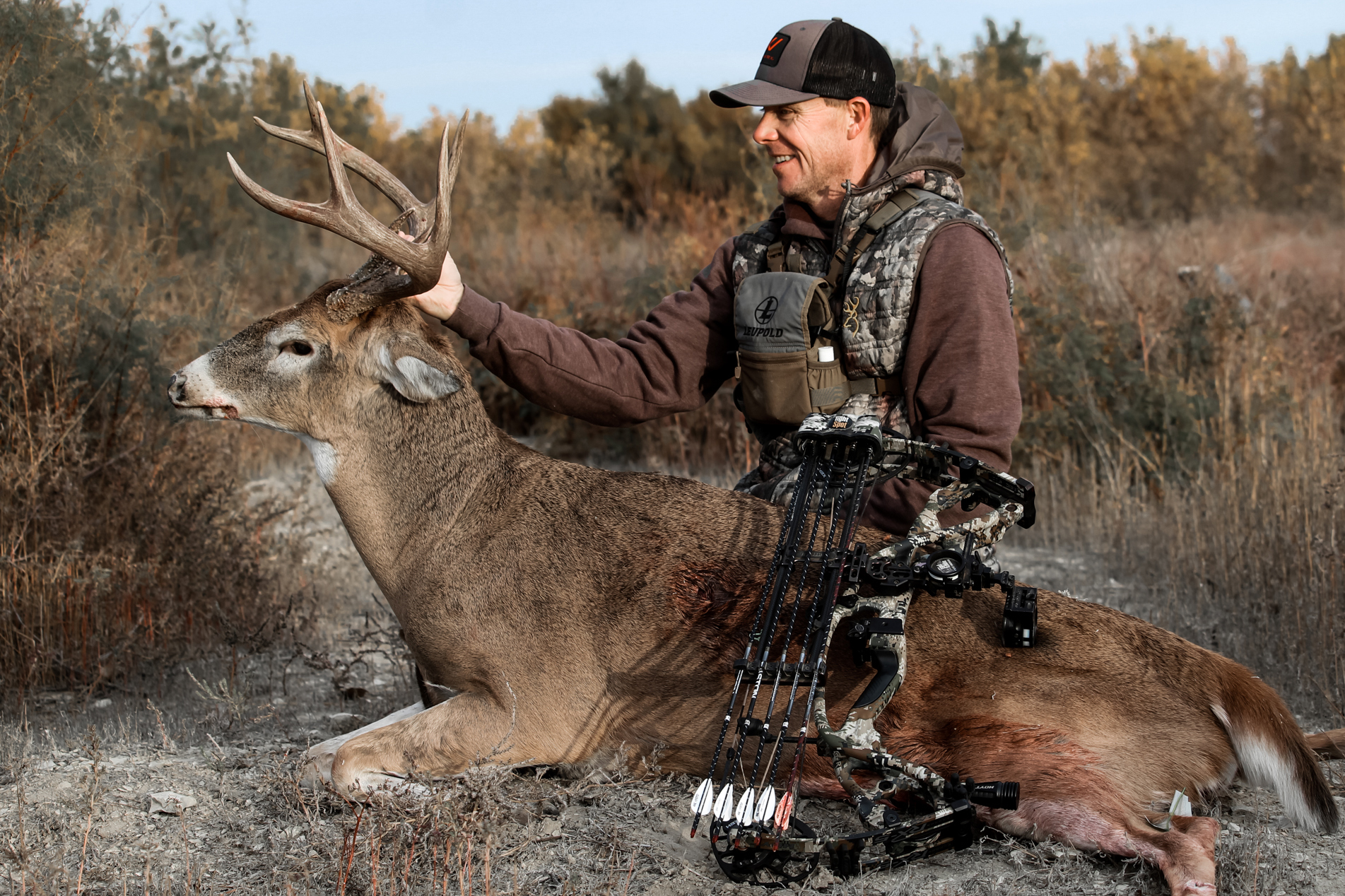 I love the rut. If you’re a whitetail fanatic, how can you not? North winds blow, and heavy antlers abuse trees. Pawed earth can be found under licking branches, and leaves stained yellow, red, orange, and purple cling desperately to every limb. Yes, November in the whitetail woods is a magical time, and for many bowhunters, it’s a month when dreams of sitting behind a heavy set of horns become a reality. As great as the annual whitetail deer rut is, though, it can bring a ton of frustration with it.

For starters, bucks run amok. You may have your target buck come by — hot on the heels of a smelling-right doe — and never offer you a shot. Sometimes, boy deer just vanish. They extend their range, find a passel of girls, and don’t return. Then there are those days when the once-alive-with-deer woods go silent. Big brutes lock girls down, and 2 1/2-year-old bucks are all you see.

Of course, this lockdown period typically happens when you have the perfect wind to sit your best stand. Even when knee-deep in the rut,  authentic whitetail nuts are always planning, scheming, and thinking about how next season can be even better.

Over the past four years, I’ve done a pile of trail camera analysis in my home state of Colorado, and on dirt, I hunt in Nebraska. My findings are clear: Some of the biggest, most mature deer start daylighting during October’s last 10 days. Add a high-pressure system to the equation, and that movement intensifies.

Many of these bucks are Jerry Atrick — over-the-hill warriors that don’t want to battle spry 3 1/2- and 4 1/2-year-old bucks during the prime rut. They know the game and know checking popular doe haunts may put them on a girl before another buck’s nostrils detect her.  It’s for this reason that I favor October’s final 10 days over any other time frame.

I’m a fan of cellular trail cameras. Sure, the curmudgeons among us may rave about how send-pics-to-your-phone cameras take away from hands-on scouting and the like, but in my opinion, you can’t beat the right-now intel you glean from these cameras.

Take my Nebraska lease, for instance. My hunting partner and I put a ton of spring and summer work into that particular property. My home is a six-hour drive away, so when the cameras start showing good bucks during daylight, I can burn up the blacktop.

In Colorado, the use of cell cameras is limited to the off-season. They are taboo once the season starts. Much has been penned about staying out of prime hunting areas until the rut. I used to heed this advice, but then I realized I was missing some of the best big-buck movements of the year by not checking my trail cameras. In areas where you can’t use cell cams, get the wind right and go scouting in midday. I start checking cameras regularly beginning Oct. 15.

Use Timestamps to Find Shooters

Whether you’re running cell or standard cams, the key is paying attention to time stamps. Once you’ve got a few shooters on your list, start jotting down what time those bucks are getting their picture taken and where. Often, you’ll start to notice an October pattern, and the timestamps will start getting closer and closer to actual daylight movement.

When you get a daylight photo, even just one, it’s time to saddle up. I captured my 2021 Colorado buck on camera twice during five days. Both were night photos, but both were 10 minutes or less after the legal shooting light had faded. That got my attention.

Then, on Oct. 23, I got a single daylight photo of the buck on the same camera. Time had taught me that the area received heavy doe traffic during the evening as the girls moved to feed and that it was within 100 yards of where bucks like to bed. I wasted zero time making a move.

RELATED – How to Hunt Public Land Whitetail: A 3-Year Strategy

I use an Ozonics scent-control unit, shower in scent-free soap, dress in the field, and do the whole nine yards. Still, rarely do I beat the nose of a whitetail. You have to play the wind, but you can’t be overly cautious when a shooter buck starts showing. Don’t tar and feather me just yet. Play the wind, yes, always, but some of my best October hunts happen when the wind is just right for me and just wrong for a buck. I will elaborate.

On this particular evening, I had a wind blowing from the east at 7 to 10 mph. My thermals were pulling upward, and my Ozonics unit was humming. I took a chance based on trail camera research, which showed me how the does move through the area and where the buck was likely bedding. I needed the wind to hold east.

If Mother Nature added a north or south component, I ran the risk of blowing up the area. Perfect. A gamble, yes, but if the wind held, it would be just wrong enough for the approaching buck. I would have the wind working in my favor, and my stink would slide past him without him being able to detect me.

With four minutes of legal shooting light remaining, the old brute came down the exact trail I needed him to approach from — fresh out of his bed — out for an evening stroll. The rest is history. My Hoyt Carbon RX-5 put a SEVR-tipped Easton in his lungs, and the buck expired in seconds.

Sure, I may have killed this buck during the rut. He may have come by cruising, or a doe could have dragged him under my stand. My thinking, though, is why wait? If a buck starts developing a pattern and daylight photos are being taken, get him.

Two days after I nailed my Colorado buck, a tank of a 10-point moved in. He daylighted on October 27, 28, and 31 in the exact location I’d killed. I haven’t gotten a picture of him again, and as I pen this, it’s mid-November — just food for thought.

READ NEXT – Check out some of Free Range American‘s best whitetail content!