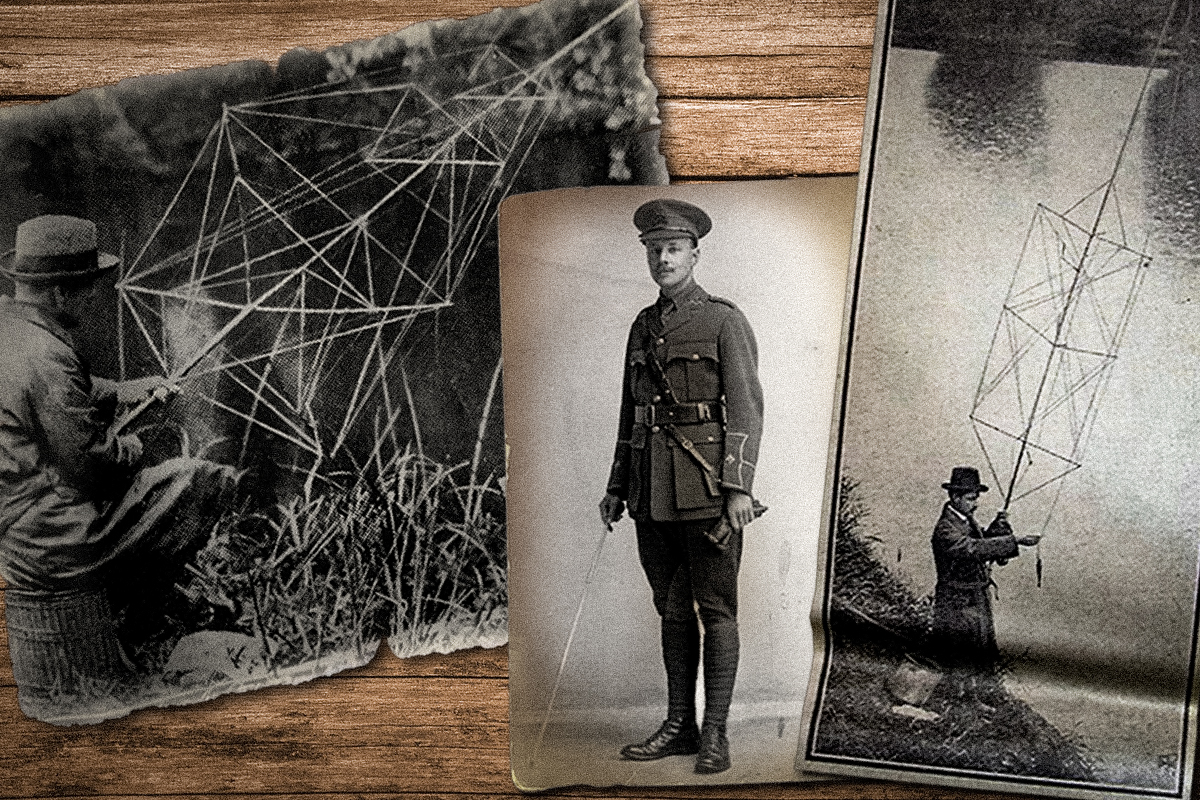 Pvt. John Henry Hirst was determined to land a trout on the fly. It was nearing the summer of 1915, and the Germans had just launched a surprise offensive along the Western Front. While other British soldiers braced for impact from a German artillery barrage, Hirst was beyond the trenches in no man’s land, hunkered down, casting into a front-line lake.

In his left hand was a rather peculiar contraption. It wasn’t your typical fly-fishing rod — rather, it was a 17-foot-long rod made of bamboo and resembling a radio antenna that was dubbed the “spider-web.” The rod used construction crane-like mechanics and the unique spiderweb design to support the extra length needed to extend the extra-long shaft out away from the water’s edge, which Hirst felt was necessary to really catch fish.

“He was a match angler and had a theory that he needed to be further out from the bank than his competitors, so he produced this very long, very sturdy fishing rod,” recalled angling historian Victor Bonutto, who purchased the rod from the family at the BBC’s Antiques Roadshow in 2016. “During the war, he displayed remarkable courage.”

An angler before World War I, Hirst was obsessive in his skill set. When he joined the British Army, they soon discovered his talents and excused him from all other soldiering duties to focus solely on providing fish for his unit. The soldier-fisherman carried his tackle to fish the rivers, canals, and ponds of the Somme and around Ypres in Belgium. He caught piles of trout, eel, and bream, and did so while under mortar attacks and gunfire from the Germans.

The native of Yorkshire was said to keep a detailed war diary of his fishing exploits between 1901 and 1948. “I had no idea the rod existed until Hirst’s daughter approached me at an angling fair and told me the whole story, and it just blew me away,” Bonutto said. “He patented its design and won countless events on his return from the war.”

Hirst received his patent for his wacky idea in 1928 and made an unsuccessful attempt at marketing it to the general public. In the 1930s he was the captain of the Bradford Angling Team and built a reputation of being “unbeatable,” winning medals in the All England Nationals. Hirst passed away in 1963 at the age of 75, and it took some 50 years for the story to be told.

Antiques Roadshow expert Adam Schoon valued both the rod and two stuffed carp that Hirst caught during the war at £10,000 — about $14,500 at the time — items as unique as any story from along the Western Front.