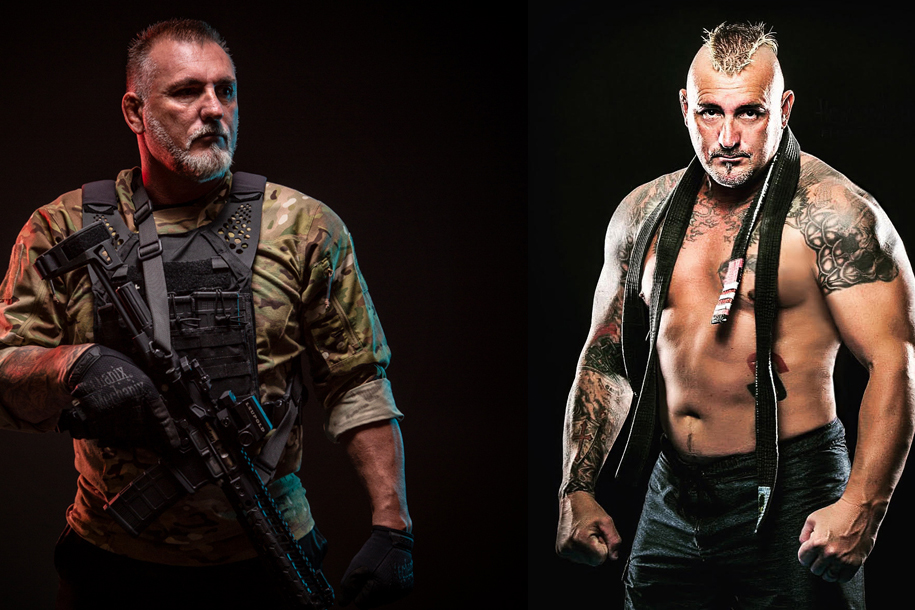 Ask yourself this question: “What do you see yourself doing when you’re 50?” I am sure most people would come up with predictable answers that might include “Working toward retirement,” “Taking leisurely bike rides to stay fit,” “Friday night Yahtzee with the neighbors,” and if you are really adventurous, maybe “Give that Spartan Mud Run a shot.”

Ask Shannon “The Cannon” Ritch the same question, and you will get a slightly different answer. That’s because at age 50, not only is he an active Hollywood stuntman, a firearms instructor and an executive protection specialist, he was also the former heavyweight bare-knuckle boxing champ of the world. Not too bad for a guy a few years away from being considered a “senior citizen.”

Inspired by the “never-quit” attitude of Shannon, we invited him to Skillset HQ to sit down and tell us what drives a man (or machine) to keep raising that alpha-lifestyle bar.

Skillset: You are a Brazilian Jiu-Jitsu black belt, a boxer, a kickboxer and a professional wrestler. What sport do you enjoy competing in the most?

Skillset: Online, your fight profile says you’ve had over 146 fights. We all know that these stats are light. Do you know how many times you’ve actually competed professionally? When did you officially start?

Shannon: Well, I’ve been fighting well before the internet was even public, so finding accurate records of MMA fights in the early ’90s is tough. I had my first professional No Holds Barred fight in 1991. To date, I have over 236 professional MMA fights, and I am 26-3-0 in professional bare-knuckle boxing fights. I’ve fought over 30 times in professional kickboxing, and only God knows how many grappling matches I have participated in. I have won eight MMA/bare-knuckle boxing world titles and two Brazilian Jiu-Jitsu world championships.

Skillset: What are the big limiting factors in professional fighting you endure at your age? Things you never had to worry about at say, age 25?

Shannon: The biggest issue with fighting at 50 is getting over those small injuries all athletes encounter. It takes a lot longer to heal up. When you are 25, you can spar every day. At 50, not so much. You have to give your body time to rest.

Skillset: Please don’t take offense at this, but you are old enough to be the father of most of your opponents. How has your fight strategy changed over the years?

Shannon: No offense taken! Yes, I’m actually fighting top-tier guys wherever I go, and yes, they are half my age. These guys have a lot of energy and are nonstop, but I have the experience! So far, it has been working out pretty good for me! I’m not as young as I once was, but I’m still “good enough” as I ever was. I believe that’s a country song. (Laughs.)

Skillset: What was the most brutal fight you have ever participated in?

Shannon: Wow, there have been a few that immediately come to mind, but fighting Lethwei (Burmese boxing) in Burma was extremely tough. You fight bare knuckle, with knees, elbows and wrestling takedowns. It’s honestly one of the toughest combat sports around. I was very honored to go and fight for Team USA.

Shannon: No sir, that is a huge misconception. Bare knuckle is such a pure form of combat. It’s actually a lot safer because you are not taking punches to the head round after round like padded mitten boxing. In bare knuckle, if you are taking a lot of shots, more than likely the fight will get called rather quickly. They are very good about protecting their fighters. Plus, you are only fighting five, two-minute rounds instead of the traditional twelve, three-minute rounds in boxing.

Skillset: When will Shannon “The Cannon” Ritch officially hang up the gloves from professional fighting?

Shannon: I don’t plan on ending this career any time soon. My phone keeps ringing, and promoters still want to pay me to fight. So, to answer your question, the day the phone stops ringing will be the day I hang it up. (Laughs.) I’m currently scheduled to fight bare knuckle again this June in Norway!

Skillset: Let’s talk life outside the ring. What do you do when you aren’t smashing people’s faces?

Shannon: I am a SAG stunt actor who just got off a movie with Mickey Rourke and Michael Jai White, and I’m scheduled for another three movies in the next year. I’m also an avid golfer, with hopes to play in a PGA qualifier soon. I teach Brazilian Jiu-Jitsu at Cannon BJJ, I am a firearms instructor, and I teach close-quarters combat all over at different military posts as well. Sleep? What’s that? Never heard of her. (Laughs.)

Skillset: Who got you into stunt work?

Shannon: I owe my stunt actor career to Kieran Gallagher, one of the top stunt coordinators in Hollywood. He and legendary stuntman Philip Tan gave me the opportunity to work in movies.

Skillset: What advice would you give your 18-year-old self now that you are a seasoned pro fighter?

Shannon: I’d tell myself to pick fights more carefully and to stay in your own weight class! I’ve fought at 155, 170, 185, 205 and heavyweight. I have held titles in each of those divisions, but constantly moving up and down is really tough!

As I finished our interview, I felt that I had a lot of self-reflecting to do once Shannon left the studio. How many times have I used my age (which is only 47) as an excuse? Am I just “hurt,” or am I actually injured? Am I not going to the gym today because I’m old, or is that just an excuse? Seeing the drive and determination of Mr. Ritch was an eye-opening experience. Once your time is up, there are no do-overs. The last feeling any of us want to experience on our deathbed is regret. I am using Shannon “The Cannon” Ritch’s determination and work ethic as both a guide and motivation. You are only issued so many minutes on this earth—make them all count! 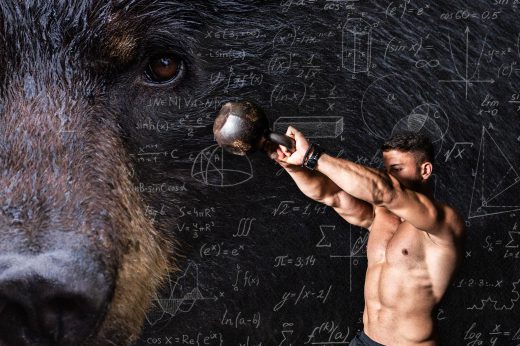 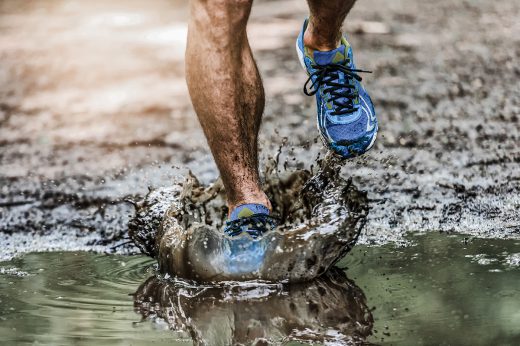