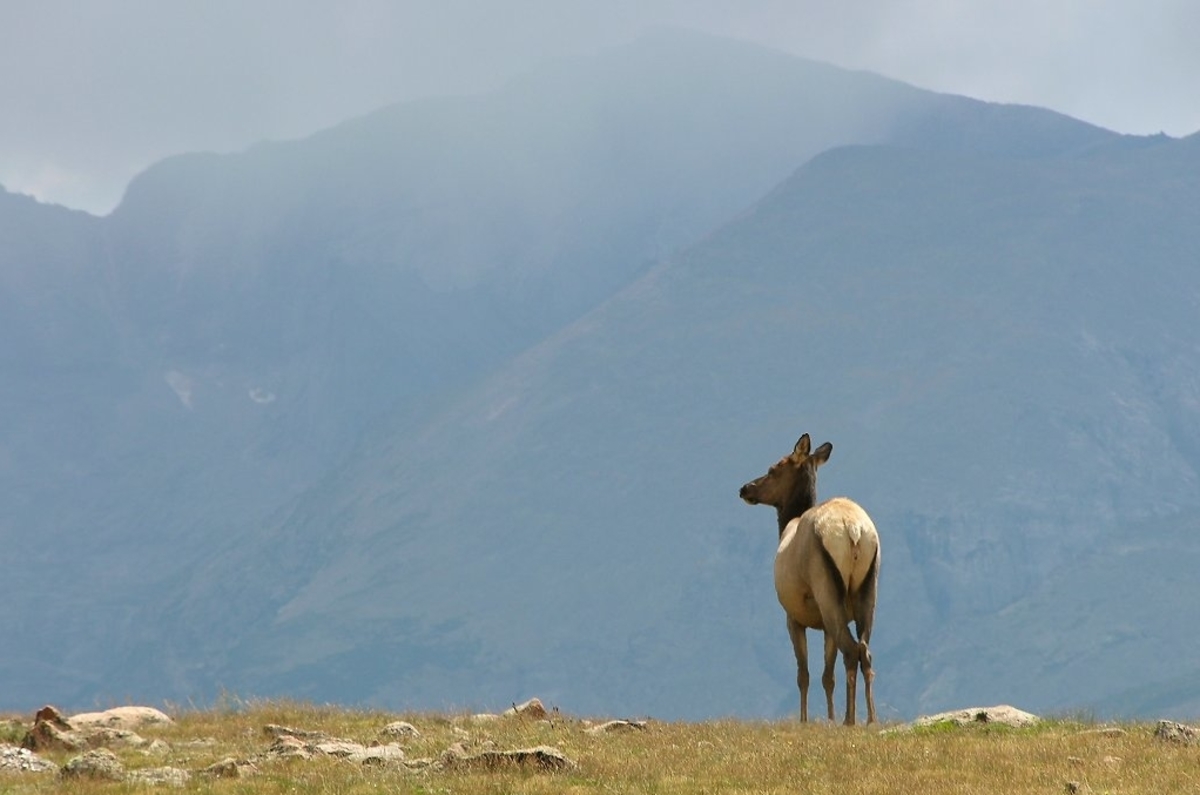 A man who shot a federal ranger inside Rocky Mountain National Park is in custody and charged with assault with a deadly weapon, according to the FBI.

Daron Marquel Ellis, 29, was arrested at a hospital in Loveland, Colorado, by FBI Special Agent Amy L. Howard, according to a warrant unsealed Wednesday, Dec. 15, in Denver.

The case began around 9:45 a.m. on Dec. 8, when Colorado State Patrol Trooper Gil Villavicencio pulled over a red 2016 Hyundai Sonata sedan for speeding on Highway 34. When he ran both the plate and the car, they came back as stolen. The vehicle and the plate allegedly were registered to two different people, he told federal investigators.

When the trooper approached the driver, the driver allegedly sped off. Villavicencio ended his pursuit about a quarter-mile later. The Sonata appeared to keep driving through Estes Park toward Rocky Mountain National Park.

RELATED: Anne LaBastille Was a Badass Woman of the Woods

Near the Fall River Entrance on the east side of the park, a law enforcement ranger — identified in court documents only as “M.H.” — tried to halt the car, which appeared to veer off the road.

An unidentified 18-year-old woman in the passenger seat was uninjured in the exchange of gunfire. At some point during the incident, the Sonata ran over at least one large rock before crashing into a boulder, pushing it a few feet into a sign advertising the park’s entrance fees.

Federal court records indicate she was later arrested by Estes Park Police on a Colorado warrant unrelated to the Dec. 8 shooting and is being held at the Larimer County Jail.

In the emergency room at Estes Park Health, Larimer County Sheriff’s Deputy Kevin Kingston asked about the wounded man they called “Daron.” They gave the deputy the suspect’s full name and his date of birth. Kingston checked the info against the driver’s license photo and identified the defendant, who was then transported with “M.H.” to the UCHealth Medical Center of the Rockies in Loveland.

The ranger was treated for a 10-inch impact bruise a few inches below his left nipple and released. His ballistic vest saved his life.

The wounds to Ellis are more serious, but the FBI said he would live.

When FBI agents arrived at the park entrance, they found the Sonata’s engine compartment and driver’s door riddled with rounds. The driver’s side window was shattered.

They also found a bullet hole in the ranger’s Chevrolet Tahoe patrol vehicle.

The female passenger later told FBI agents that she and Ellis had slept in the car in Aurora, Colorado, on Dec. 7 before deciding to drive to Estes Park to watch the sun set. She told the agents that, when the trooper pulled them over, she “freaked out during the traffic stop, and Ellis drove away nearly hitting the officer as the officer was attempting to make contact with Ellis,” according to the criminal complaint.

She told the agents they’d thought they could drive around the park ranger, but the Sonata might’ve fishtailed before veering off the road, and it hit the rocks.

The female passenger recalled a dazed Ellis looking around after the collision, and the ranger with his gun drawn ordering them to “get out” and to keep their hands in the air or “I’ll shoot you.” According to the filing, she thought the ranger was “mean and aggressive.”

She said Ellis drew a semi-automatic handgun he kept in a sweatshirt and began firing at the ranger until Ellis seemed to run out of ammo. She claimed Ellis fired first, and the ranger responded.

A search warrant executed Thursday uncovered a Glock Model 43X 9 mm semi-automatic handgun between the driver’s seat and the door. It still had one round chambered and five rounds in the 10-round magazine, according to the FBI.

No court hearing has been slated for Ellis while he recovers from his injuries.

This content was originally posted by Coffee or Die Magazine on Dec. 15, 2021.