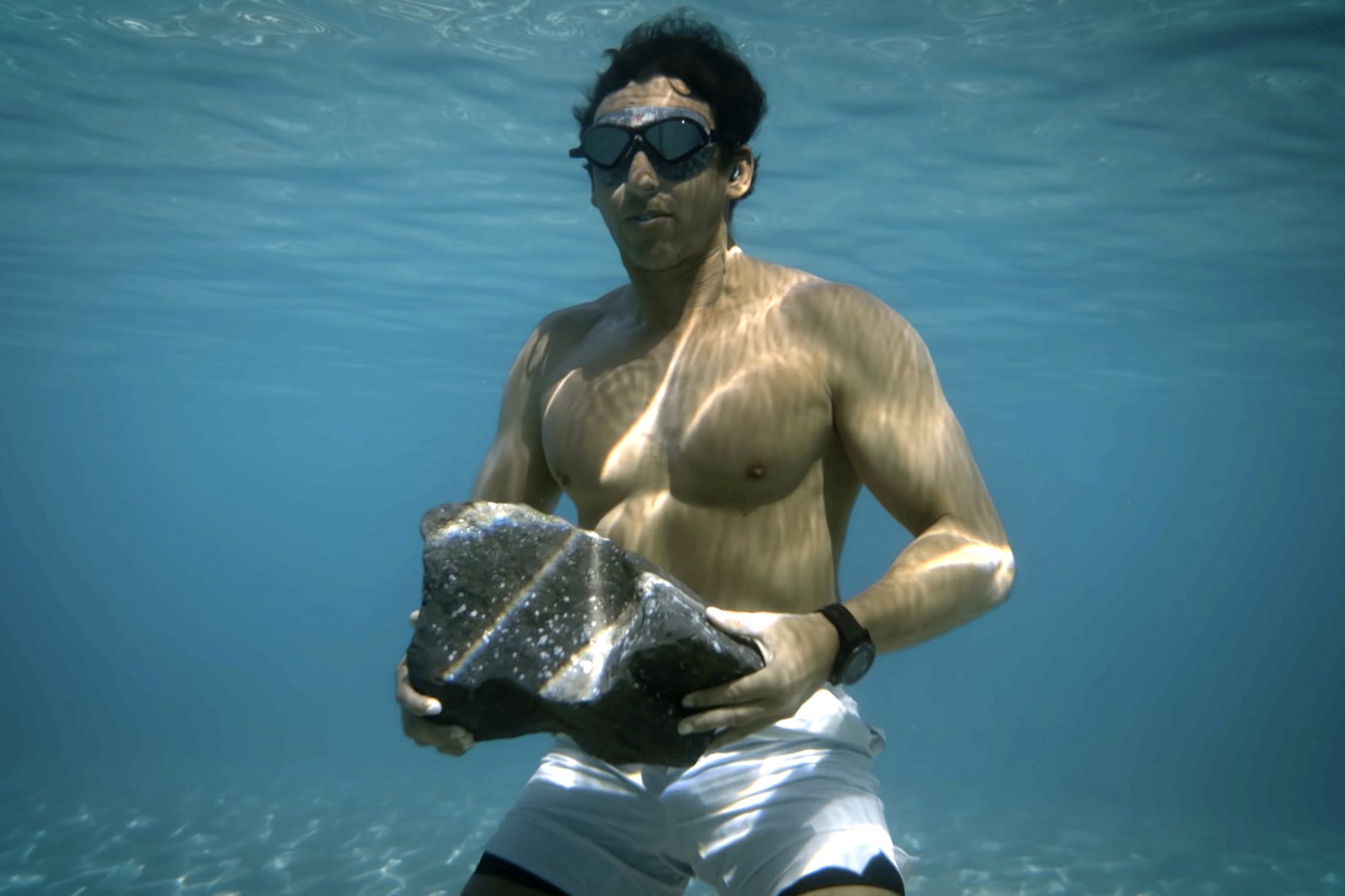 Two special operations veterans accomplished the audacious aquatic feat of carrying a 45-pound rock across the ocean floor for 5 miles. Navy SEAL veteran Kaj Larsen and Marine Raider veteran Don Tran are not the first to run with a rock underwater. Surfers popularized rock running during the 1990s as a way to improve endurance and train for the stress of being held underwater in a wipeout. However, Larsen and Tran may be the first to run a rock such a great distance.

“The water is the most fundamental element in my life,” Larsen says in the video chronicling their adventure, which was sponsored by training gear company Ten Thousand. “I was thinking about a way to really push myself and a way to really test the limits of what can be done underwater.”

Larsen and Tran dedicated their rock run to Force Blue, a nonprofit that helps combat veterans returning to civilian life and works toward preserving the ocean.

The video shows how the pair designed their own training regimen and got in the right mental state for the rock run before heading into Oahu’s Waimea Bay and braving the many challenges presented by the ocean environment.

Check out the full video below, but do not attempt this at home.

Read Next: “There is Magic in Suffering” – The Allure of the Ultramarathon