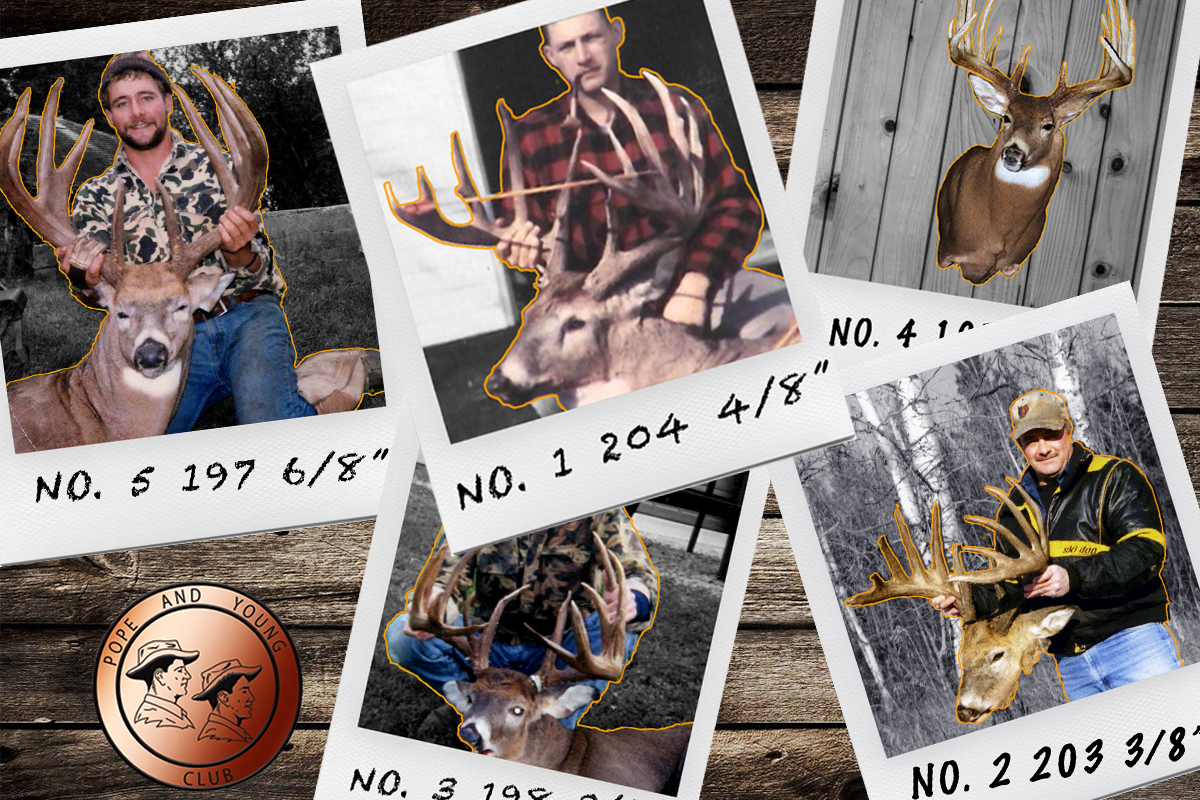 There are non-typical whitetail deer with racks that are mind-blowingly massive, almost alien sculptures of bone. Typical whitetails are not that. Typicals are the clean, symmetrical, even “ideal” headgear that most hunters imagine when they think of truly giant deer. A world record typical whitetail buck is a unicorn that flirts with the 200-inch mark.

The Pope and Young Club’s latest 200-class entry into the top 10 all-time typical whitetail list made the book in 2003. The next most recent entry was 1965. Likewise, the last 200-class buck to break into Boone and Crocket Club’s list, which includes gun-hunted deer, was also killed in 2003, and 2000 before that.

Compared to the non-typical whitetail records — where four of the top five Pope and Young records were killed since 2000 — it’s easy to see why many consider world record typical whitetail the pinnacle of all hunting trophies: the rarest of the rare.

The P&Y’s minimum score for a typical whitetail is 125 inches. For a buck to break into the top five listed here, and possibly become a world record typical whitetail, a mind-bending 197 inches-and-change is needed.

Related: So You Want to Shoot an Archery World Record

Minnesota produces a significant number of 180- to 200-class whitetails every year throughout all hunting seasons and ranks No. 4 on the Boone and Crockett list of top whitetail states. Four Minnesota counties rank in the B&C top 20.

Related: How to Read Wind and Thermals to Get on Big Deer and Elk

Lloyd Goad not only claimed the world-record archery-killed whitetail in 1962, but his stunning buck also had the finest, most perfectly symmetrical antlers ever, a claim that’s still true today. Symmetry like this is almost impossible given the fact that Goad’s buck had seven points per side. That’s 14 points of great genetics, amazing habitat, and zero injuries.

Goad killed his buck with a recurve bow and wooden arrows, like most hunters of the era. There’s not much information on the hunt itself, but stories indicate Goad hunted for several seasons and supposedly missed every deer he shot at until this one. This buck remains the all-time favorite of many antler geeks.

Related: How to Be a Better Archer: Focus on These 5 Bowhunting Fundamentals

After 15 years hunting the same public land owned by American Electric & Power Co., Tim Reed had never seen a deer of this caliber. Of course, after he shot the 198 3/8-inch specimen, he started hearing stories from other hunters about missed shots during muzzleloader season and sheds found the previous spring. The buck was a pretty well-kept secret.

Related: What a Hunting Plan For Out-Of-State DIY Whitetail Quests Should Look Include

Hubert Collins’ beast is the biggest buck you’ve probably never heard of, and one of only two typical whitetails in the Pope and Young top 10 that are not from Illinois, Ohio, Minnesota, or Iowa. When Collins shot this chocolate-brown-crowned buck, the hunting world thought they might witness the fall of the Beanfield Buck’s 38-year reign as the largest whitetail in the world.

The best part of Collins’ story is that he was in the woods that day to kill a big doe for his freezer. Unfortunately, Collins’ buck missed the record by 1 1/8 inches and fell into undeserved obscurity among the whitetail world because, well, it wasn’t the biggest.

Related: How to Score Whitetail and Mule Deer Trophies

Long before trail cameras existed, hunters relied on good old-fashioned scouting to determine what animals were on their hunting grounds. That’s exactly how Mel Johnson and his hunting buddy, Bill Kallister, located a few big bucks on a local Illinois farm in 1964. The following year, after securing permission to hunt the property, he and Kallister saw the buck a couple of times, so they hoped it was only a matter of time before the giant found his way into bow range.

On a late October afternoon, Johnson set up in a ground blind in the treeline along a beanfield instead of using his elevated stand like he usually did. It wasn’t long before the massive whitetail stepped into the field 300 yards away. Johnson watched the animal make his way across the field and then turn toward his blind. The deer closed on him too quickly for Johnson to draw his bow, so he waited till the buck passed, stood, drew his 72-pound recurve at 20 yards, and shot. The buck never made it out of the field.

Johnson heard about the Boone and Crocket Club from a magazine, and he wrote to them with his story. They put him in touch with the only official scorer in the state, who also worked at the Museum of Natural History in Chicago. At 204 4/8 inches, Johnson’s buck still reigns as the world record typical whitetail buck 56 years later.