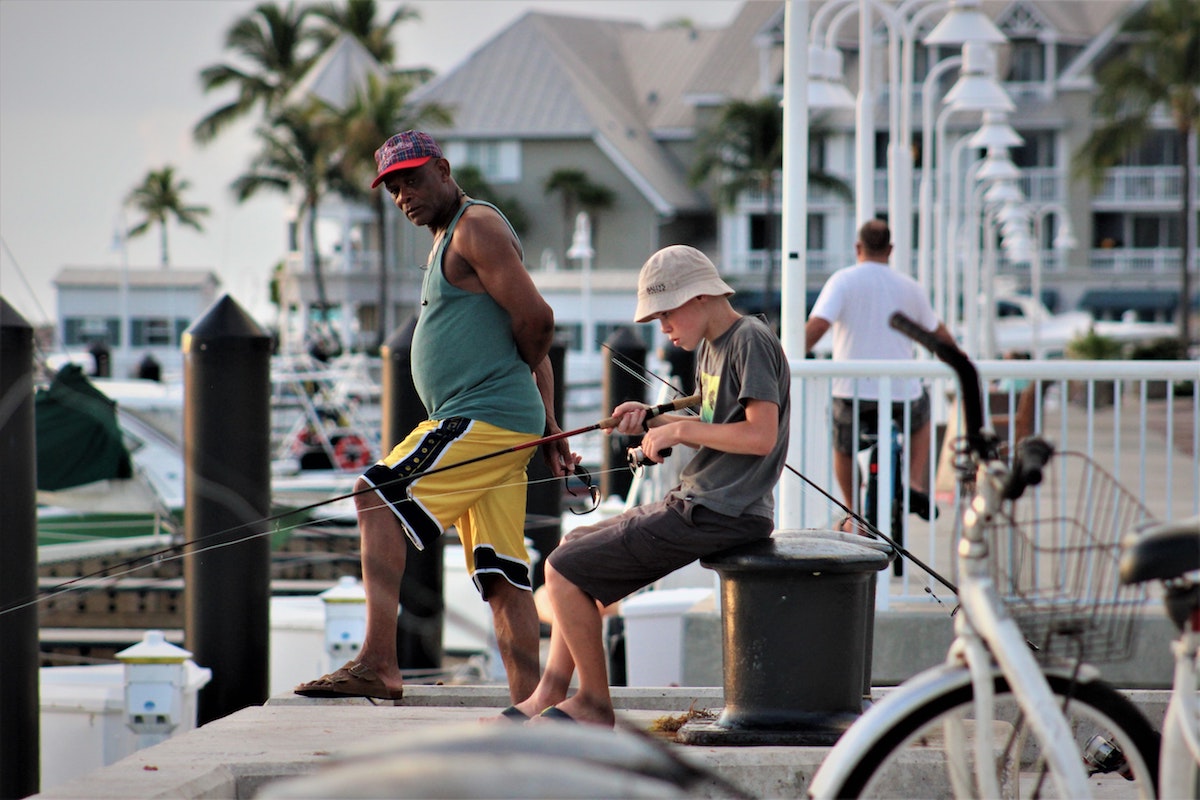 You don’t need a johnboat, center console, and guide to catch saltwater slammers this summer. Much of America’s coastal waters are dotted with public fishing piers. From Florida to Maine, from San Diego to Seattle, and all along the Gulf of Mexico, there are thousands of public-access fishing piers for itchy anglers hunting the bite. If you’re new to pier fishing, don’t be intimidated, but keep in mind these few things you need to know before hauling tackle to the far end of the planks.

There are few things more frustrating for dedicated pier rats than having a rookie wander onto the pier, get in the way, and mess up the fishing. These seasoned pros have put in the time and understand the best ways to catch fish. If you stay on their good side, they might share some old-salt knowledge that will increase your chances of success. The best way to stay on their good side is to follow the rules.

Most public piers have clearly posted rules. Those rules apply to everyone. Make sure you follow them. Pier fishermen also adhere to a list of unwritten rules. These include:

Keep the Mess to a Minimum

Don’t fan out your fishing gear across the pier rail. Other people want to fish, too, so keep the space you occupy minimal, leaving room for other anglers. Promptly throw away excess fishing line, bait packaging, and other garbage that could get blown around in a gusty sea breeze.

As with most outdoor activities, pier fishermen should have a “leave no trace” philosophy. When you’re done with the day’s fishing, there should be no visible evidence you were ever there. Pick up all your trash. Either take it with you or put it in the proper receptacles.

If you clean your fish at the pier, make sure you don’t leave scales, guts, and heads in the sinks. What you don’t need of the fish carcasses can usually go overboard and back into the food chain.

Don’t Use the Rail as a Cutting Board

The pier rail might seem like a convenient place to slice your squid, bloodworms, and clams. However, there’s nothing worse than leaning on the rail to view the sunset and having your elbow slide across the sticky, gooey remnants of someone else’s bait. Keep your bait cutting confined to the pier’s designated bait boards or use your own to keep the rail clean.

Crossed fishing lines understandably agitate pier anglers. Casting is a skill you should master, before you attempt it on a pier full of people. If possible, practice pitching a sinker in your backyard ahead of time to learn the art of casting straight. If you can’t cast straight, there’s no dishonor in dropping your bait straight down next to the pier. Plenty of fish lurk under the shade of the planks and around the barnacle-crusted pylons, so you might get lucky dropping a rig right over the side.

If you do cast crooked, apologize and make an effort to uncross the lines before you set down your pole. You should also give your fellow anglers plenty of space to cast comfortably. If possible, don’t crowd out other fishermen, even if they’re situated in a fish-producing honey hole.

On a busy summer weekend, some piers can have anglers packed shoulder to shoulder, especially when the fish are biting. If elbow room is hard to come by, you may need to duck your head or move away from the rail when your neighbor casts. Giving an audible “heads up” before pitching your own rig over a crowded pier rail is also a nice courtesy.

Give Big Fish the Right of Way

Big fish are usually big fighters. When an angler hooks a giant king mackerel, cobia, or tarpon, he’ll need to walk the pier to keep up with his fish during the fight. When this happens, do the responsible thing and bring in your line. Refuse to move your rig when asked, and your line could end up cut. Not because the other angler is a jerk, but because big fish are unpredictable.

A bottom rig in a fish’s fight path is never high on an angler’s list of priorities. Unattended lines are often cut to get them out of the way quickly. The angler may compensate you for a cut line and the rig attached after he lands the fish. He might not. The best thing to do when someone hooks a beast is reel in your line, get it out of the way, and then stand back and enjoy the show.

If the tables are turned, and you’re the lucky guy who hooks a monster, it’s okay to ask people to move their stuff. While manners often fall by the wayside in the heat of battle, remembering words like “please” and “thank you” go a long way in keeping peace with your fellow fishermen.

Don’t leave your rods or other gear unattended, especially if you have a line in the water or rods leaning against the rail. Fishing poles can’t move themselves when someone is fighting a big fish, and they quickly become a tripping hazard in the heat of battle. Also, if you end up hooking a big one while you aren’t paying attention, that rod could end up flying overboard before you can get to it.

Basic pier etiquette boils down to respecting your fellow anglers. Although you may be fishing in a public space, it’s important to remember that a fishing pier is like a second home to some of the people leaning against the rails. Those seasoned “pier rats” spend an awful lot of their summers there. Give them some space and respect, and they might throw a few valuable pier fishing tips your way.

Read Next: A Father’s Day Lesson: When the Bass Aren’t Biting