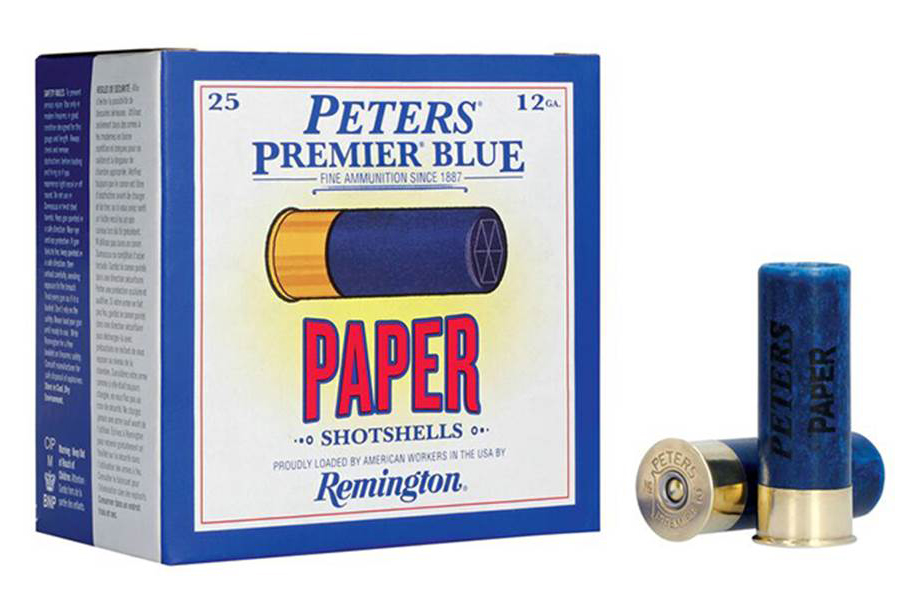 The legend returns! Remington has re-introduced the Peters Paper line of shotshells. As part of Remington’s revitalization under Vista Outdoors, the legendary line of shotgun shells is making its return.

What Makes these Shells Special?

The Peters Paper lineup of shells are well-known by clay target shooters. Before Remington paused production on the line, they were the choice for discerning shotgun enthusiasts. Now they’re back, and better than ever. The new shotshell lineup has five key features that help them stand out from the crowd. First is the high antimony lead shot. This is screened to ensurethat each pellet is uniform, giving better accuracy. Second, you have the signature paper hull. Its lighter weight helps reduce felt recoil so you can shoot longer. Third comes the competition wad, followed in fourth by the primer/propellant compound, and in fifth the all brass case head.

Peters Paper shotshells were one of the highlight products of the Peters Cartridge Company. Founded in 1887, Peters produced high quality cartridges for all types of firearms. Remington purchased Peters in 1934, leading to the Remington-Peters company. That name is why, even to this day, many Remington products wear the headstamp “R-P”, honoring the legacy of the Remington-Peters company. Now under the guiding hand of Vista Outdoor Group, a revitalized Remington brings back the Peters shotshells, and looks to keep them on the market for years to come.

This content was originally posted by Tactical Life magazine on Dec. 14, 2021.

Read Next: Most Expensive Guns – The 6 Prciest Firearms Ever Sold at Auction