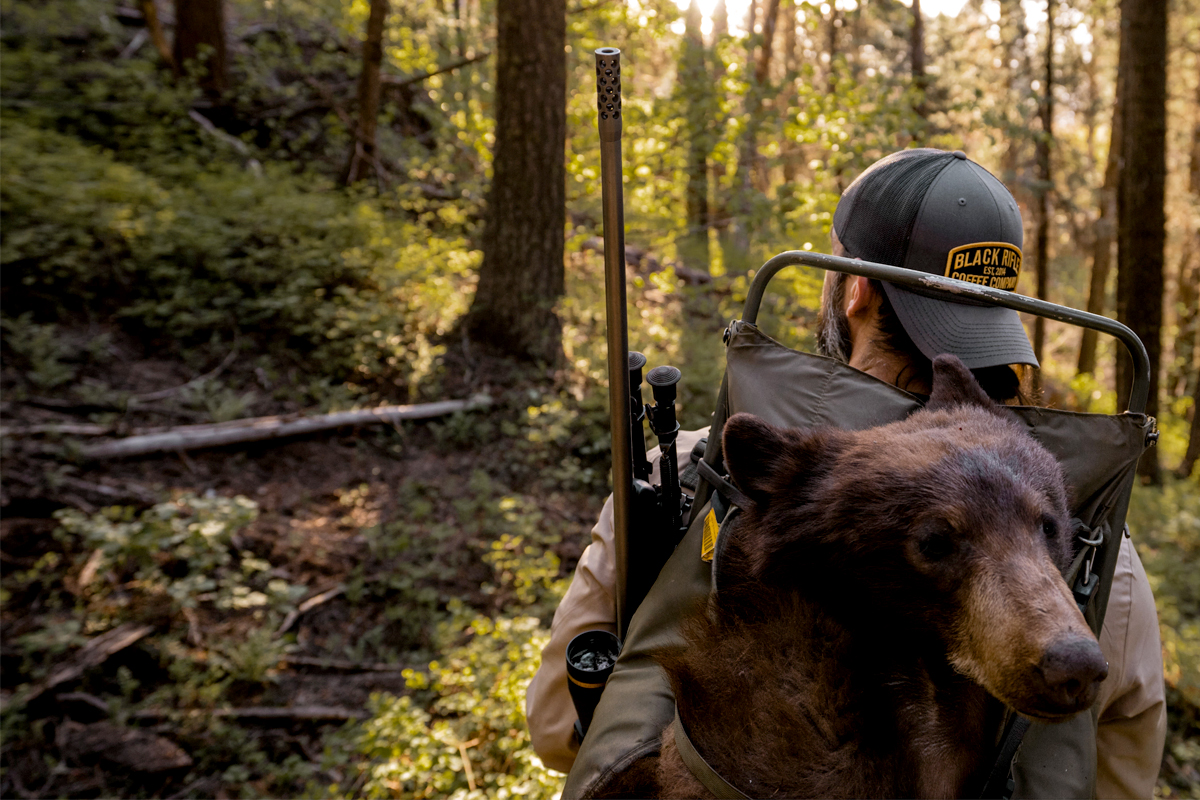 While Washington state has canceled its spring bear hunting season for 2022, wildlife officials are considering opening three sanctuaries to North Carolina black bear hunting in the western part of the state this year to address an increasing number of human-bear encounters.

Over 500,000 acres in North Carolina are designated as bear sanctuaries by the North Carolina Wildlife Resources Commission. These sanctuaries, where black bears are protected from hunting, played a crucial role in restoring the population of North Carolina bears to healthy numbers. Although the number of black bears in the state had dwindled by the mid-20th century, today, the bear population has expanded to about 20,000 animals.

While there are plenty of bear hunting opportunities in the Tar Heel State, the wildlife commission hopes to expand those opportunities to include permit-only hunts in the Panthertown-Bonas Defeat sanctuary in Jackson County, the Pisgah sanctuary in Buncombe, Haywood, Henderson, and Transylvania counties, and the Standing Indian bear sanctuary in Macon County. All are located in the Mountain Bear Management Unit in the western part of the state and include 190,490 total acres.

The US Forest Service requested the proposed hunting expansion due to “increased human-bear interactions occurring on both forest service property and adjacent private property. The population management objective in the Mountain Bear Management Unit is to stabilize the population. Additional harvest using the permit hunt system in these areas will help with reaching that objective.”

State black bear and furbearer biologist Colleen Olfenbuttel says opening the areas to hunting, as the state does at other bear sanctuaries like Mount Mitchell and Daniel Boone, would be an effort to meet the goal of zero black bear population growth in the mountains.

Despite vociferous detractors of bear hunting across much of the country, it has plenty of supporters in North Carolina, which bodes well for the commission’s proposed expansion.

The commission will receive public comments at a virtual hearing scheduled for Jan. 20, 2022, before making a final decision on the matter. Individuals wishing to make a public comment must preregister through the commission’s website.

North Carolina’s expansion would be welcome news, considering bear seasons are under attack in other parts of the country.

Anti-hunting activists recently managed to shut down New Jersey’s 2021 bear season when Department of Environmental Protection Commissioner Shawn LaTourette refused to sign an updated Comprehensive Black Bear Management Plan. Gov. Phil Murphy, an outspoken opponent of bear hunting in the state, closed all state land to bear hunting in 2020 and pledged there would be no further seasons during his administration. Murphy was re-elected to the governor’s seat in 2021.

Sporting one of the densest bear populations in the country with approximately 5,000 black bears, New Jersey is also the most densely populated state with nearly 9 million people. Cram that many people and that many black bears into a relatively small state with a ton of residential areas and human-bear interactions are inevitable, simply because so much of what people do in day-to-day life attracts bears, especially their food or garbage.

The NJ Department of Environmental Protection issues a public bear warning as massive bruins emerge from relatively dormant winter states each spring. The department also offers a list of bear safety tips for those living in close proximity to these often dangerous predators, advising them to not leave pet foods outdoors, remove bird feeders, and keep garbage in bear-resistant containers.

Warnings and safety tips, however, don’t do anything to keep bear populations in check. Black bear sightings and nuisance reports in New Jersey nearly doubled from 2019 to 2020. Some more recent encounters turned bloody.

Earlier this week, a black bear attacked an 81-year-old New Jersey woman before dragging her English Springer Spaniel into the woods and thrashing it to death. The woman was transported to a hospital, where she received seven stitches to close a bite wound on her leg.

Another encounter in August 2020 sent 82-year-old Ronald Jelinek to the hospital after he walked in on a black bear raiding his refrigerator. Jelinek suffered wounds that required 30 stitches to repair.

The Northeast isn’t the only place politics have thwarted bear hunters. Bear hunting opportunities are also being chipped away in the Pacific Northwest.

Although a spring bear season has been used to regulate problematic bear populations in Washington for almost 50 years, the state’s permit-only 2022 spring bear hunt has been canceled after the state’s governor-appointed board of wildlife commissioners voted in a 4-4 split decision, which suspended the hunt by default.

Commissioner Larry Carpenter, who cast the final “no” vote, claimed the board wanted to “confirm the accuracy of our information” before giving the green light on the 664 special bear permits the Washington Department of Fish & Wildlife department proposed for the 2022 spring season.

Washington’s spring bear season has been under fire since December 2020, when a lawsuit was filed against the state fish and wildlife department over the hunt. Sharon Stroble, a plaintiff in the case, claimed the spring bear season is “cruel and completely unnecessary.”

Although the case was eventually struck down in Thurston County Superior Court, media attention helped fuel anti-hunting sentiments. The Humane Society of the United States jumped on the bandwagon, claiming “one bullet can kill a whole family,” creating an emotional response in Washington’s tenderhearted.

While claims of orphaned bear cubs certainly tug at heartstrings, they are not supported by harvest data. During the 2021 hunting season, biologists collected and analyzed teeth from bears killed by hunters to determine their age and sex. According to that research data, hunters killed 124 black bears, 45 of which were female. Only one of those females was lactating, indicating she was nursing cubs at the time of her death. Stephanie Simek, the carnivore section manager for WDFW, presented a sampling of that data to the commission before the vote, but it failed to sway the vote in favor of the traditional spring hunting season.

Read Next: A Loss for Bear Hunters in Washington State