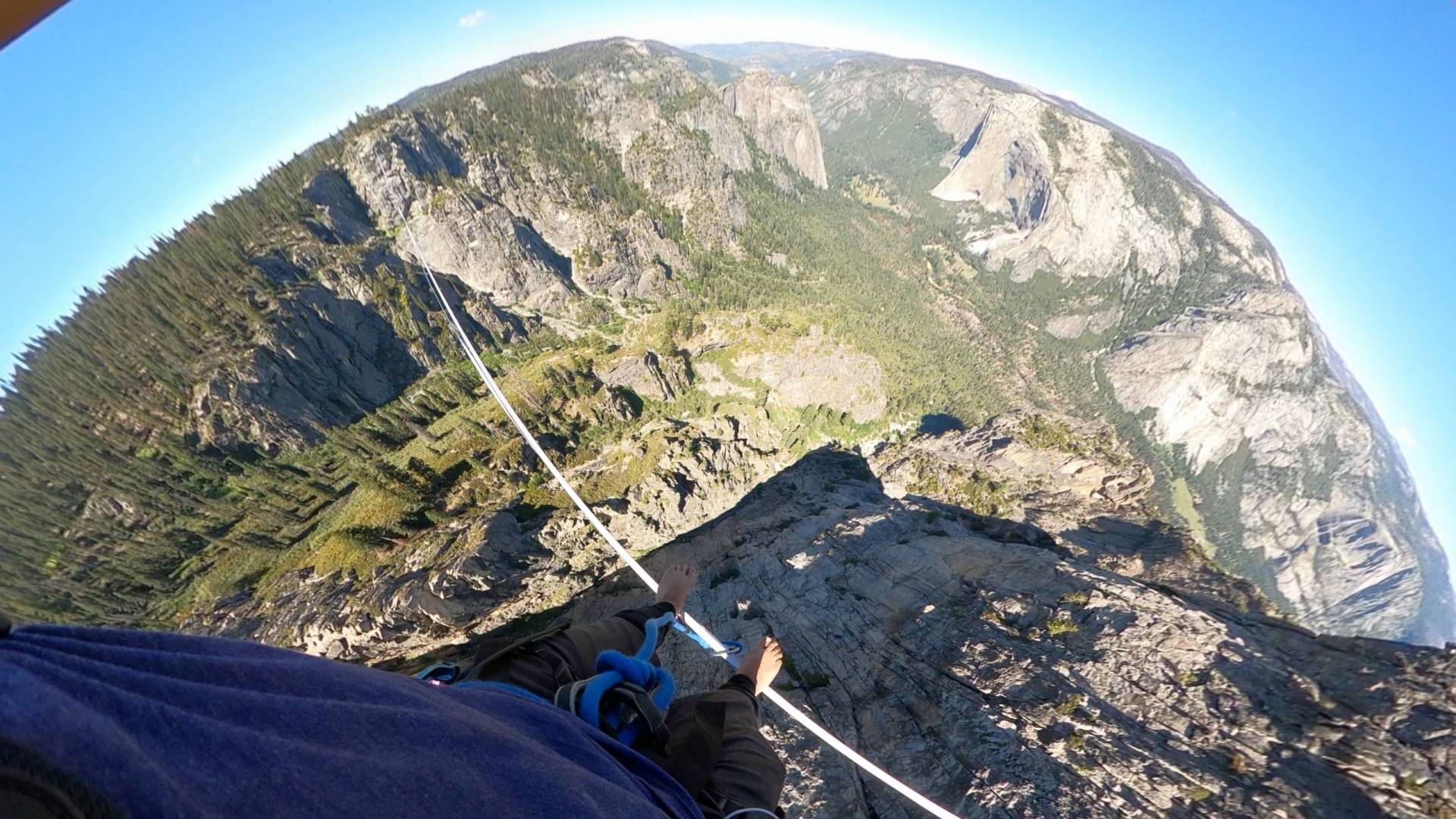 In a national park that’s world-famous for mind-bending feats of climbing skill, two brothers and their friend might have just topped the list of bonkers adventures in Yosemite with a 2,788-foot highline walk between two cliff faces.

Moises and Daniel Monterrubio had been contemplating the attempt for more than a year. Their record embarrasses the former 954-foot record and also managed to crash a wedding ceremony.

“Every time we’d go out there, we’d think about that line,” Moises told the San Francisco Chronicle. “It was pretty intense and dangerous. But we made it happen.”

Highlining is a sport that grew out of slacklining, which started about 40 years ago and involves a person balancing and walking the length of a 1-inch wide web strap stretched between two points just above the ground. Highlining is the same thing, but the strap is dozens, sometimes hundreds of feet off the ground.

Over the course of a week, the brothers and a group of friends anchored the strap between boulders at Taft Point and a huge tree trunk holding up a rock outcropping a half-mile away. They were ready for their first attempt as the sun was setting on June 10.

Yes, the brothers had safety harnesses to catch them if they fell.

Daniel fell three or four times but was the first to make it across. Throughout the next four days, others made some unsuccessful attempts as well.

Moises was the first to truly defeat the void, walking every one of the 2,788 feet without a single fall. In a master-showing-pupil-that-he’s-still-got-it moment, his mentor Eugene Cepoi made it as well.