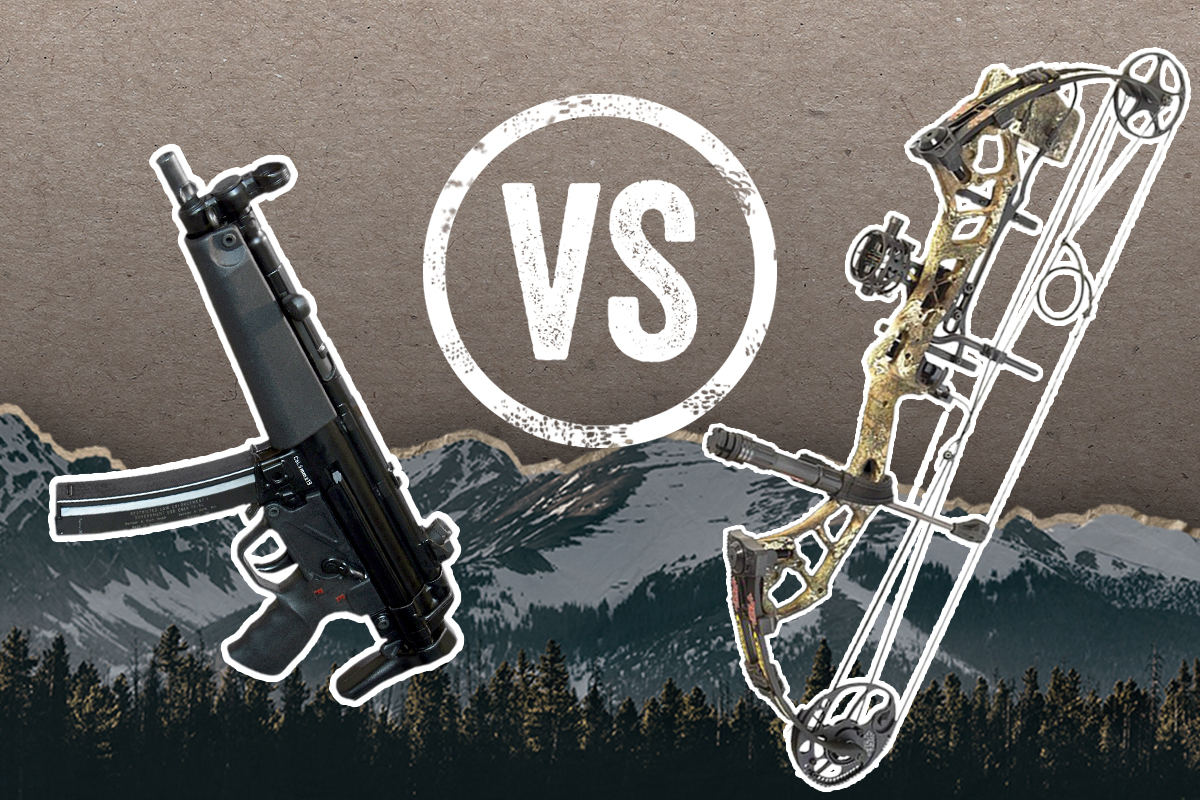 Whenever learning a new discipline or teaching a first-timer how to do something, the most important thing is finding a way to relate to the individual. If someone can tie a new task to something they know well, it invariably “clicks” in a way that not even the most expert explanations can accomplish.

For instance, when someone more experienced at hunting people than hunting whitetails begins learning archery, explaining that the sights on a compound bow are pretty damn similar to the iron sights on an MP5 submachine gun can cause one of those clicks.

The topic came up recently during a conversation between Jocko Willink, John Dudley of Nock On Archery, and Navy SEAL veteran turned bestselling author Jack Carr. Willink talked about getting dialed in behind a bow and an experience he had during an archery range session with Dudley.

“I remember Jack and I were talking about front sight and rear sight alignment because you were consecutively hitting low,” Dudley said to Carr and Willink. “I was trying to explain it, and I was thinking about the sights on an M1 because I had just recently shot one, and it was awesome, but I remembered that it had a circular rear sight and a solid front post. So when you guys were out there I was trying to explain it to you and I said, ‘It’s like the sights on an M1.’ And then Jocko said, ‘No, like the sights on an MP5.’ And it was like, Oh, okay!”

For anyone who hasn’t had the privilege of shooting an MP5, its standard iron sights consist of a rear rotary diopter drum sight and a front post surrounded by a circular hood, but that hood is part of the aiming system and not just protection for the front sight post.

The rear sight has four apertures of varying diameters. The user is supposed to select the smallest aperture that still allows an equal circle of light between the rear sight aperture and the outside of the front sight hood ring, based on the situation and the gear being used with the firearm.

“It’s actually the exact same sight system that you find on a bow. It’s a circle on the back, it’s a circle on the front with a post,” Willink said. “It’s always been my favorite. And Dudley was trying to explain it to Jack, like ‘You gotta line up the circles,’ and all, saying it’s like an M1. And it’s tough to tack on your two cents to Dudley when he’s explaining archery without sounding like a total idiot, but I knew this was different because all I was doing was translating it to something — I knew as soon as I said ‘MP5,’ Jack would go, ‘Ooooooh.’”

Dudley said the nuances of archery and the ability to relate it to things veterans have done during their time in the service makes the sport an excellent release and can make adjusting to civilian life easier.

“We bought 20 bows this year for guys in the company, and what we’re trying to do is provide people with — especially veterans that are transitioning or who have already transitioned away — with the ability to connect with a tribal-based activity,” Dudley said. “And with archery, they can dive as deep as they want to. And guess what? If they don’t like archery, it’s not a big deal. They might find something else. Maybe it’s bowling — fuck, I don’t know. But I keep telling you guys, if you’re going to make your transition out [of the military], find your new mission, whatever that is.”

“But you also have to find an activity that you can really dive deep into,” Dudley continued. “I know a ton of guys that are like, ‘Dude, I found reloading, I fucking love it,’ you know, and they’re really into the details and the measurements and geeking out on that stuff. I’m just trying to provide an example, with archery, of something you can do.”

Point of the story: MP5s and archery are awesome — they go hand in hand — but whatever you do if you’re transitioning out of the service, do something you can get passionate about.