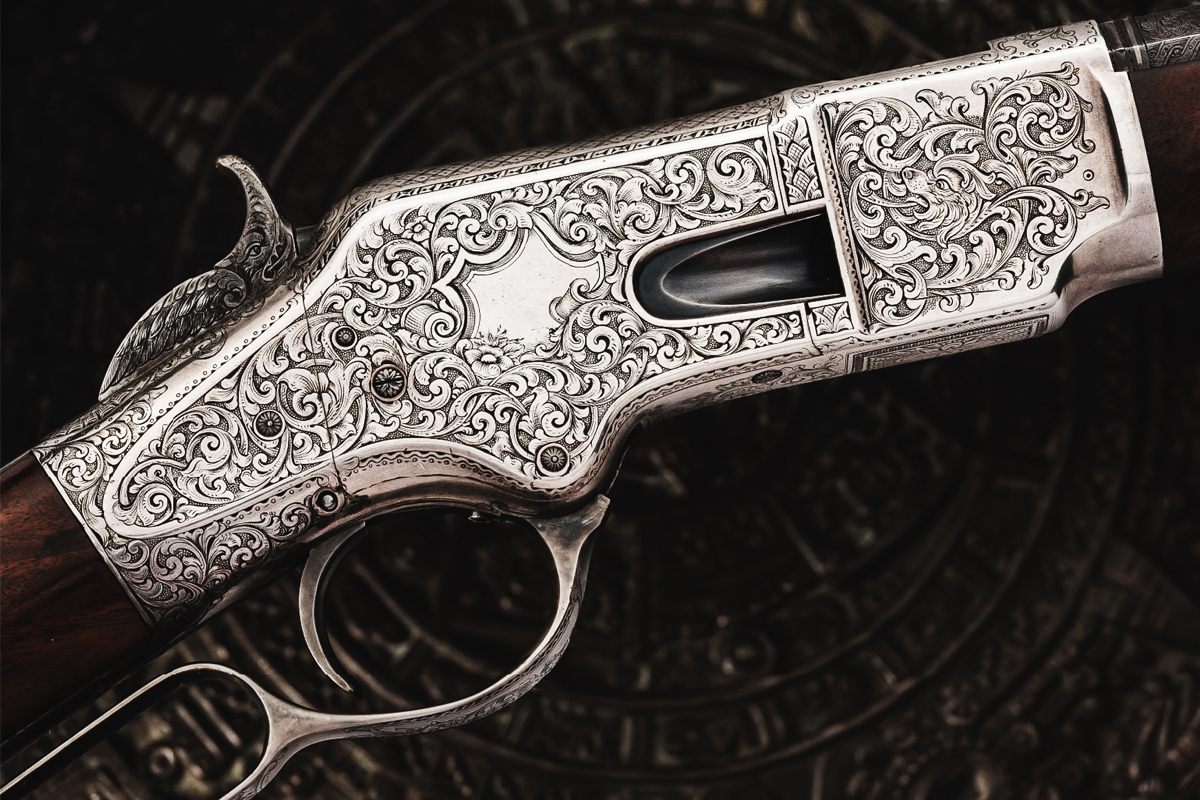 Recently, we published a story about the most expensive firearms ever sold at a gun auction. With a staggering total price of more than $14 million, the guns on that list are incredible, but they all had one thing in common: They were all handguns. There was not a rifle or shotgun among them. In fact, there weren’t even any semi-autos on the list — just revolvers and single-shots.

So, in the interest of fairness, here’s a rundown of the five most expensive rifles ever sold at a firearms auction, which is the only way you sell guns at these prices.

All told, these five rifles have a combined sales total in excess of $5.1 million. Winchester rifles have long been a staple in the high-roller gun collector community. They’ve been solid investments for decades, and so it comes as no real surprise that every single one of the guns on this list is a Winchester.

Winchester “One of One Hundred” Model 1873

Serial numbers can play a big role in gun values and can jack up the price of a gun far higher than other makes and models of the same quality. This is an extremely rare example of an all-original Winchester “One of One Hundred” Model 1873 rifle. It’s given that designation because it outperformed factory expectations in a batch of 100 given guns.

That serial number and the fact that it was the last one ever made with its designation helped drive the price up to $805,000 when it was sold in 2018 by the Rock Island Auction Company, more than doubling the high estimate of $375,000.

RELATED – Most Expensive Guns: The 6 Priciest Firearms Ever Sold at Auction

Winchester “One of One Thousand” Deluxe Model 1876

This gorgeous example chambered in .45-60 Winchester features the “Fourth Style” engraving, and the top barrel flat of this rifle is engraved “One of One Thousand” to set it apart from the pack.

Originally sold in 1879, the gun remained in the same family for more than a century.

The work of German-American master engraver L.D. Nimschke is arguably the benchmark against which all other firearms engraving is held. Period.

The incredible engraving patterns from this rifle are immortalized forever in the form of smoke pulls made by the master himself and then placed in his iconic pull book, which serves as a study aid for all engravers.

The pulls are dated 1868, and Nimschke’s notes state “PERU. Engraved on solid Silver frame Henry’s Patent Rifle.” Nimschke also recorded the silver bands on the barrel and made smaller notes detailing his work on the rifle. Under meticulous magnified study and comparison of the rifle and smoke pulls, every minute detail is identical, including the placement of several conspicuous and inconspicuous signatures, with seven in total observed on the rifle.

There are a lot of gorgeous Winchester rifles in collections all across the world, but this one really takes the cake. Engraved and signed by the legendary John Ulrich and then inlaid with gold and platinum accents, this Model 1886 is stocked with the fanciest piece of walnut available at the time, creating a truly stunning work of art in both metalwork and woodcraft.

Chambered in .50 Express and set up in a takedown configuration, the gun was impressive enough to have been featured in R. L. Wilson’s Winchester Engraving book, where it sits among other exceptional Winchester rifles of all kinds.

This spectacular rifle is the finest known example of Winchester No. 1 factory engraving and Style A stock carving and represents the absolute peak of 19th- and early 20th-century factory craftsmanship that will never again be duplicated.

Any time a gun bearing serial number: “001” comes up for sale, it’s sure to fetch a handsome sum. However, the provenance that goes with this gun only made it more alluring for collectors.

As if the serial number and association with two Medal of Honor recipients weren’t enough, the occasion of the gifting of the gun is the icing on the cake. Lawton received the gun as a thank you for his role in the capture of Geronimo, the iconic Native American chief, in 1886.