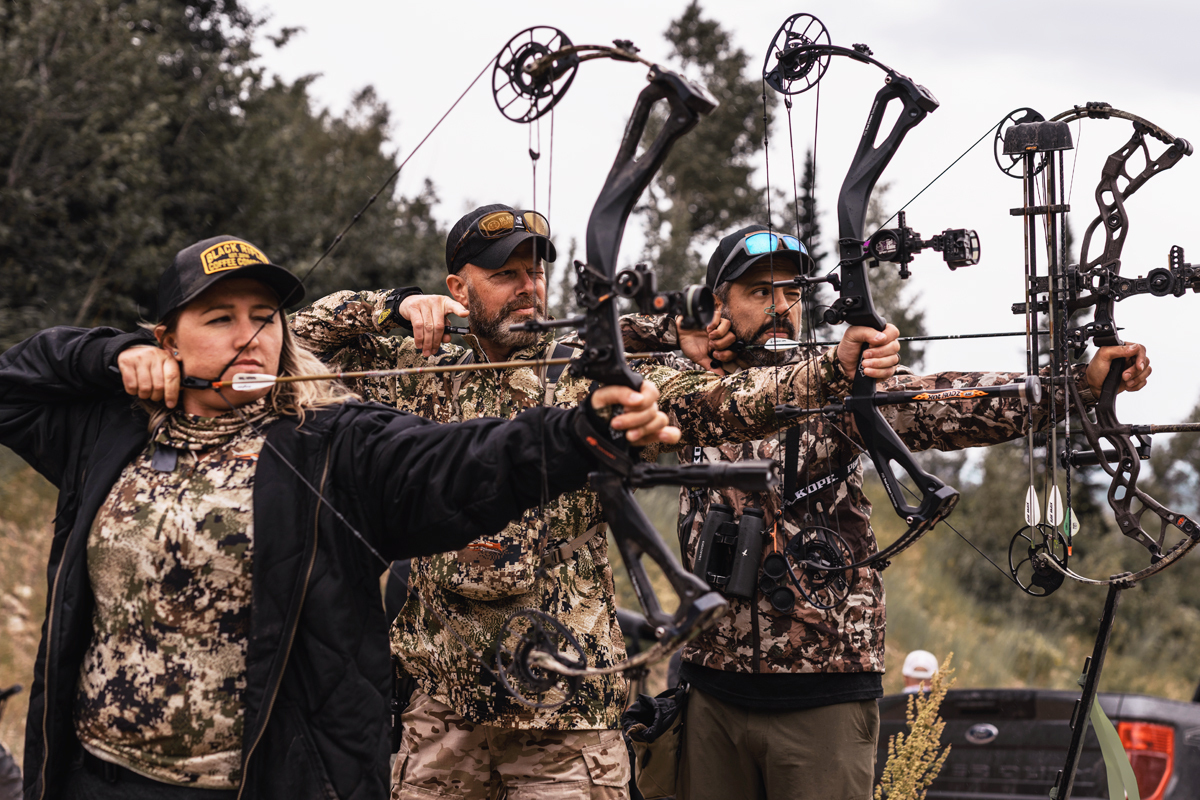 Missouri may be home to some of the biggest whitetail bucks in the country, but it’s also home to one of the most important innovations in all of archery history: the invention of the compound bow. In a display of genuine Show-Me-State pride, state Rep. Tim Taylor recently introduced a bill that would name archery as the official sport of the state of Missouri.

As a lifelong bowhunter, long-time archery instructor for Cooper County’s 4-H program, and an instructor for the Missouri National Archery in the Schools Program (MoNASP), Taylor comes by his love for archery honestly.

“Anything we can do to bring more awareness to archery and what the sport does for people, I’m all for it,” Talyor said in an interview. “Anyone can participate at any level regardless of age, size, or physical ability. I had a student at one of the schools who struggled with unique challenges. His parents weren’t sure that he was going to be able to participate with his classmates because he was just too unpredictable.

“I asked them to give me a week to see if we could make headway with him,” Taylor said. “It was amazing how it focused him on the line and brought him together. When he graduated, he said it was the thing that he loved the most about school.”

There is growing interest and participation in archery statewide, which Taylor sees as a boon for the sport, even though archery is not recognized by the Missouri State High School Activities Association (MSHSAA).

“The most recent figures I found reported 170,000 students in the MSHSAA program through schools, which includes all your basic [sports], you know, basketball, football, soccer,” Taylor said. “Last year, [MoNASP] had 85,000 kids in archery across the state. That’s just one sport, and it’s growing in leaps and bounds every year.”

According to the Missouri Department of Conservation, MoNASP has a total of 200,000 participants in grades 4 through 12.

Taylor said he believes it’s about time Missouri recognizes one of its own, Holles Wilber Allen, for the invention that launched archery out of its primitive past and into the high-speed future.

“People really don’t know that the compound bow was invented right here in Missouri,” Taylor said. “Allen advanced the sport of hunting for the first meaningful way in thousands of years.”

In 1966, Missourian Holles Wilber Allen finally had enough of whitetails jumping his recurve bowstring release and dodging his slow-moving arrows. He had tried more than a half-dozen ways of adjusting his archery gear to increase arrow speed, but nothing worked.

It wasn’t until he stumbled on a chapter about kinetic energy in his son’s high school physics textbook that he started down the path of using pulleys attached to the notched ends of a shortened recurve bow. Even with this new approach, no speed was added to his arrows.

But Allen was a perpetual tinkerer and eventually made an adjustment that redefined archery forever.

Allen cobbled together a bow made from pine boards and oak flooring laminated with fiberglass; it was all held together with epoxy, nails, a few bolts, and a prayer. He then mounted the pulleys off-center on the limbs, which proved to be the tweak his invention needed.

Allen decreased the draw weight by 15% and increased arrow speed significantly. He was also able to use lighter arrows, which helped him gain even more velocity.

Allen filed for a patent on his new bow on June 23, 1966, which was granted in 1969. He partnered with master bowyer, Tom Jennings, to bring the first compound bows to market. By 1977, less than a decade later, there were 100 different models of compound bows available for hunters and archers.

Taylor’s bill is currently making its way through committee before heading to the Statehouse. There’s presently no calendar date for it to reach the House, but Taylor is hopeful that it won’t meet resistance from advocates for other sports vying for the title.

If his bill passes, Missouri will become the 16th state to name an official state sport. Some states like Hawaii, Maryland, and Massachusetts have named two sports with different distinctions. In Massachusetts, basketball is the “sport of the commonwealth,” whereas volleyball is the “recreational and team sport of the commonwealth.” Others range from dog mushing (Alaska) to pack burro racing (Colorado) to stock car racing (North Carolina).

Hawaii and California both claim surfing, while Texas, Wyoming, and South Dakota all claim rodeo as their sport. But Missouri will be the first and only state to name archery as its official state sport.