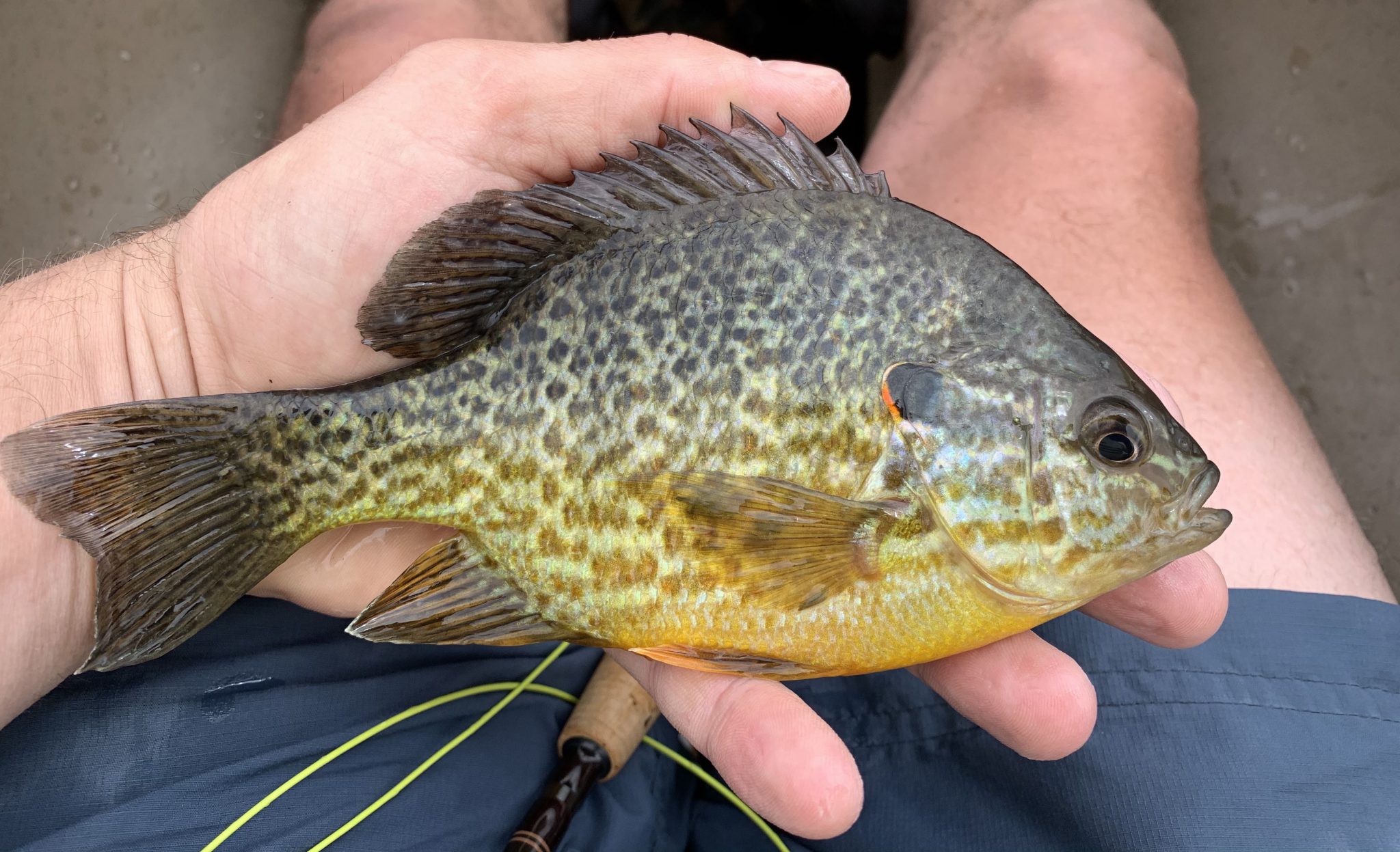 Pike just aren’t cutting it anymore. Minnesota wants its monster sunfish back. In light of angler reports of declining sunfish size in the land of 10,000 lakes, the state’s Department of Natural Resources has announced new regulations that aim to help sunfish get back to their true fighting — and spawning — weight.

Pound for pound, sunfish are the Sugar Ray Robinson of freshwater fish. Considering the rarity of a sunny actually growing big enough to weigh a pound today, you’d think the fact that they punch so far above their weight would command immediate respect. Instead, the sunfish — aka bluegill, pumpkinseed, green sunfish, orange-spotted sunfish, longear, warmouth — always seems to be the also-ran, the pipsqueak, the consolation prize that’s great for children, and a Zebco Pond Patrol rig.

The Quality Sunfish Initiative introduced by the MDNR lowers the daily limit, or the number of sunfish that anglers can keep, to five or 10 on roughly 200 lakes. In the north, sunnies have a slow growth rate of roughly 1 inch a year, making some of the larger fish a decade old or more. These large males are the ones primarily responsible for building and protecting nests of eggs during the spawning season, while other smaller males focus on growing.

When anglers catch higher limits of these mature sunnies, not only are they difficult to replace, but spawning duties are left to younger and smaller males, which affects the physical size of the next year-class of fish.

“They are a prey species,” David Weitzel, MDNR Grand Rapids area fisheries supervisor, said. “So they’re very well adapted to handle different levels of predation. One thing that they’re able to adjust — as the predation level increases, they’ll actually start to spawn at a younger size and a younger age.”

Weitzel added, “In other words, if they’re living in a system where they’re not going to live very long, they gain advantage by spawning earlier in life. But now all that energy that was going into growth gets diverted into reproduction, and then they end up having a big change in their growth rate.” Which means smaller fish.

But he’s also seeing a culture shift in anglers as well.

“In the last decade, there’s been kind of a shift in Minnesota from anglers fishing primarily because they value harvesting fish to valuing a more quality experience. There’s been a lot of media that’s educated the public about the benefits of letting some of these larger fish go. People are willing to keep fewer fish, if it’s going to mean a higher-quality experience.”

Small sunnies may show no fear. But just wait till they grow into merciless, pound-for-pound predators like the 2-pound 13-ounce Minnesota state record. “That’s a monster,” said Weitzel. “But I have seen a couple that have gone over 11 inches and weighed about a pound and a quarter.”

It’s about time we all give sunnies the respect they deserve. And maybe pike should think about a membership at Gym Jones.