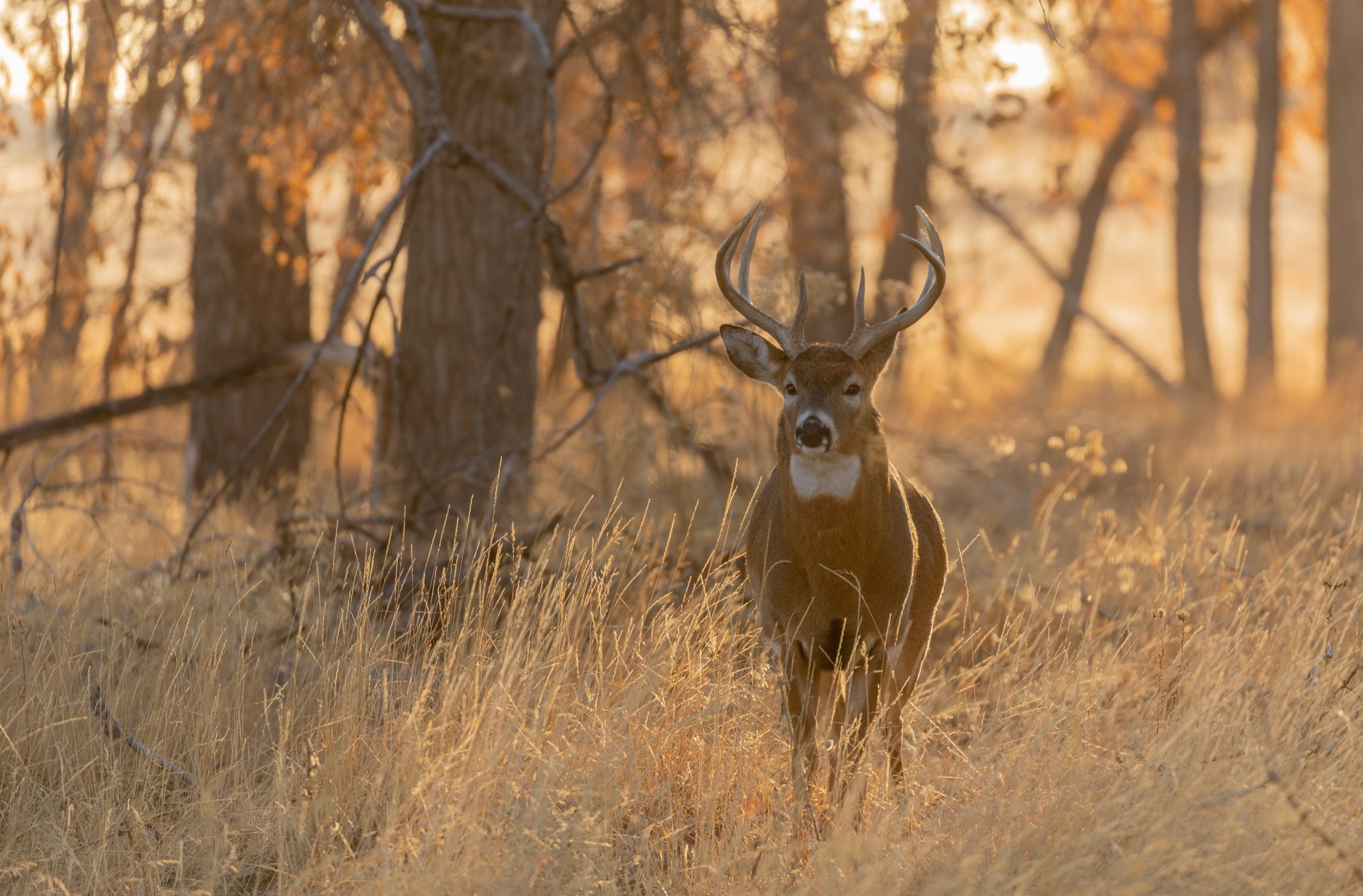 A quarter-million hunters is a lot for one state to lose, but that’s exactly the deer-hunting license deficit Michigan is currently facing, based on the latest statistics.

The Michigan Department of Natural Resources (DNR) reported deer hunting license sales were down from 871,865 in 1995 to 616,278 in 2020 — and that’s including a 5% participation bump from the pandemic last year. Holly Vaughn, the DNR’s Wildlife Division Public Outreach and Engagement Unit Manager, said they’re bracing for another hit in the near future.

“The Department anticipates that Michigan will likely lose over 100,000 hunters over the next decade,” she said.

And it’s not a lack of deer that’s keeping people out of the woods. While hunter numbers are down, the deer population is continuing to climb. Chad Stewart, a wildlife biologist for the Michigan DNR, estimates the state holds as many as 2 million whitetails. That population was considered problematic when it stood at 1.7 million just a decade ago.

Beyond the obvious concerns of a dwindling hunting heritage, the participation decline and resulting unchecked deer numbers are creating devastating results.

DNR officials report high deer density is causing significant damage to the Michigan landscape, agriculture, and the overall ecosystem. A 2015 Michigan State University study found deer are responsible for a 10% loss of the state’s soybean crop and millions of dollars in damages. Overbrowsing by deer also results in loss of habitat for some other species.

Such dense herds can speed up the spread of deadly diseases such as CWD. And despite fewer drivers on the road during the pandemic, deer were still involved in more than 51,000 vehicle crashes in the state last year.

So if there are more than enough deer, where the hell are the hunters?

The Michigan DNR says older hunters are aging out and that a lack of time or access is the leading reason for the decline in hunting license sales. Vaughn believes younger people have too many interests vying for their attention and are increasingly disconnecting from rural areas and the outdoors.

According to U.S. Fish and Wildlife Service stats, it’s a common trend throughout the entire Great Lakes Region. Michigan, Ohio, Indiana, Illinois, and Wisconsin all saw significant decreases in license sales since 2012. Vaughn called it “a nationwide phenomenon.”

RELATED: 5 Keys to Pulling Off an All-Day Sit During the Whitetail Rut

Although the numbers look grim, Michigan and many other states are taking steps to boost hunter participation and generate new interest.

Bill Brassard, the Senior Director of Communications for the National Shooting Sports Foundation (NSSF,) said both young people and adults continue to express some level of interest in hunting that state agencies can capitalize on.

“Mentoring programs such as NSSF’s +ONE initiative, states offering apprentice hunting licenses for youth, and many first-time gun owners all have the potential to increase the ranks of hunters,” Brassard said.

Michigan is focusing its efforts on recruiting new hunters and expanding hunting opportunities — with more public hunting areas and looser regulations — to help control the herd.

Non-resident license sales have already risen steadily in the last decade, with only a slight dip last year amid COVID travel restrictions. But the Michigan DNR is concerned this proposal could result in a revenue loss.

Vaughn said the DNR is looking for alternate sources of conservation funding while license sales are low.

Read Next: Rogue Red Stag Looking for Love in Georgia