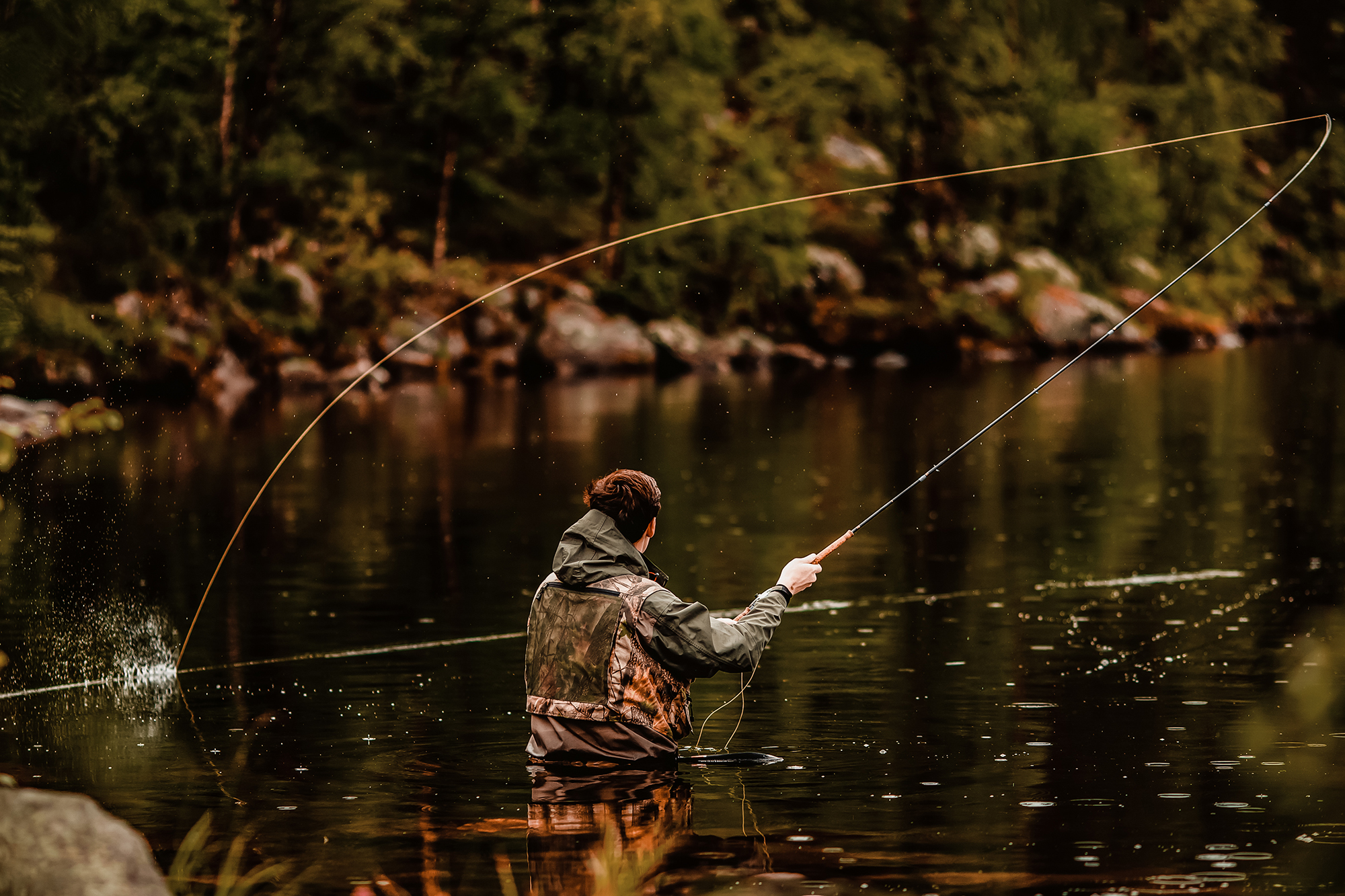 I wrote a screenplay called Mending The Line about a Marine veteran who finds physical and emotional healing through fly fishing and nature. Last year, when the film was about to go into production, our director Joshua Caldwell told me about Steve Ramirez and his book Casting Forward. Where I had made up a story about the horrors of PTSD and the healing power of nature, Ramirez had lived it – finding his relief like the characters in the story by going fly fishing, which is why passages from his book made their way into the film.

Thanks to organizations like Project Healing Waters and Warriors and Quiet Waters, fly fishing, with its rhythmic motions, meditative qualities, and immersion in nature, has become a part of the healing process for many veterans dealing with physical and emotional wounds. Having grown up fishing with a cane pole and bobber when Florida was still wild with gators and panthers, it was a long, strange trip for Ramirez to find his way back to the healing peace of the outdoors.

Motivated by watching the Iran Hostage Crisis in 1979 and seeing a Marine tied up and blindfolded at the embassy in Tehran, a 19-year-old Ramirez ditched his gig riding bulls for a local rodeo and enlisted in the Marine Corps.

“It sounds cliché, but I wanted to be a part of something bigger than myself, and I wanted to serve,” he says. “It was the best decision I ever made because everything good in my life I owe in part to the Marines.”

After going through boot camp at Parris Island and training in law enforcement, he spent three years overseas, though none of it in his MOS.

“I was a member of MSG Battalion and the Marines Africa Corps, working in Africa and Europe,” he explains. As this was during the time of the Abu Nidal and PLO, his focus was counterterrorism and protecting Americans and dignitaries abroad. “I had reason to interact personally with Islamic terrorists who wanted to kill me or someone I was protecting,” he remembers. “That left a mark on me.”

Though he is quick to say he wasn’t a hero, Ramirez saw his share of violence and the worst of humanity. One memory that sticks with him is coming face to face with a jihadist who was just about Ramirez’s age. When their eyes met, all Ramirez could see was the man’s hatred for him, while all Ramirez could think was, “This is crazy, we should be friends.”

“I never saw anyone as ‘the enemy,’ which is why I spent all my time in the military protecting people,” he added.

After five years in the Marines (plus two in the active reserves), which included being meritoriously promoted four times, Ramirez was honorably discharged thinking, “After dealing with terrorists I don’t want to spend the rest of life carrying a weapon.”

He had an eye on getting a cabin in Montana with his wife, who he met while stationed in Africa, but at that time, no one in the private sector wanted to hire a former-Marine, except the police. Ironically, he ended up in Texas, serving 30 years in law enforcement, homeland security, and as a counterterrorism and emergency management instructor.

During all this time Ramirez was dealing with the repercussions of a lifetime of seeing brutality that stretched all the way back to his childhood.

“Every night I’d have recurring nightmares about this impending sense of evil and wake up fighting and gasping for air,” he explains.

Because of his employment in the world of criminal justice, he had a pistol attached to his headboard for many years but had to remove it for fear he’d reach for it in the middle of the night. His nightmare led to sleep deprivation, which led to anxiety and then depression, to the point, he says, “he wasn’t sure he wanted to go on.”

For years, he hid his pain from his family and employers. On being finally diagnosed with PTSD, he writes it was a relief that the nightmare had a name. Even though psychotherapy, hypnotherapy (which he didn’t believe in it at first), and taking a low dose of medication have helped, he says he’s not cured.

“PTSD is not who you are but it is a part of you, like high blood pressure – something you have to manage.”

What helps Ramirez manage his illness the most is being in nature and the act of fly fishing. “It is unbelievably healing,” he says. “It forces you to be in the moment and stop thinking so your brain can have a break.”

By allowing Ramirez to stop focusing on all the bad stuff he’s seen, fishing and exploring the rivers and creeks near his home in the Texas Hill Country, also allowed him to start thinking about who he is.

“I went fishing alone because my first book Casting Forward was all about letting yourself be yourself,” he says. “I had no plan except to discover my cover values.” He adds that by putting aside thoughts of ideology and right and wrong, he was able to figure out what is healthy for him, others, and the earth.

Having figured out who he is and wants to be, Casting Onward, Ramirez’s second book in a planned trilogy, expands his horizons, telling stories of his fishing adventures with new and old friends all over the United States. As he writes, “This book is about more than fish; it’s about people. It’s about how we find our tribe and cherish them every day.”

Through Ramirez’s purposeful and poetic prose, the book explores not only the importance of human connections but also, much like enlisting in the military, the importance of believing in something bigger than you. For Ramirez, what now gives his life meaning, purpose and joy is his belief in conserving our natural ecosystems and protecting native fish and wildlife and the actions he takes to do so.

While Ramirez’s tales focus on fishing and the outdoors, he hopes they reach a much wider audience of veterans and non-vets alike who want to heal things instead of destroying them.

This content was originally posted by We Are The Mighty in April 2022.