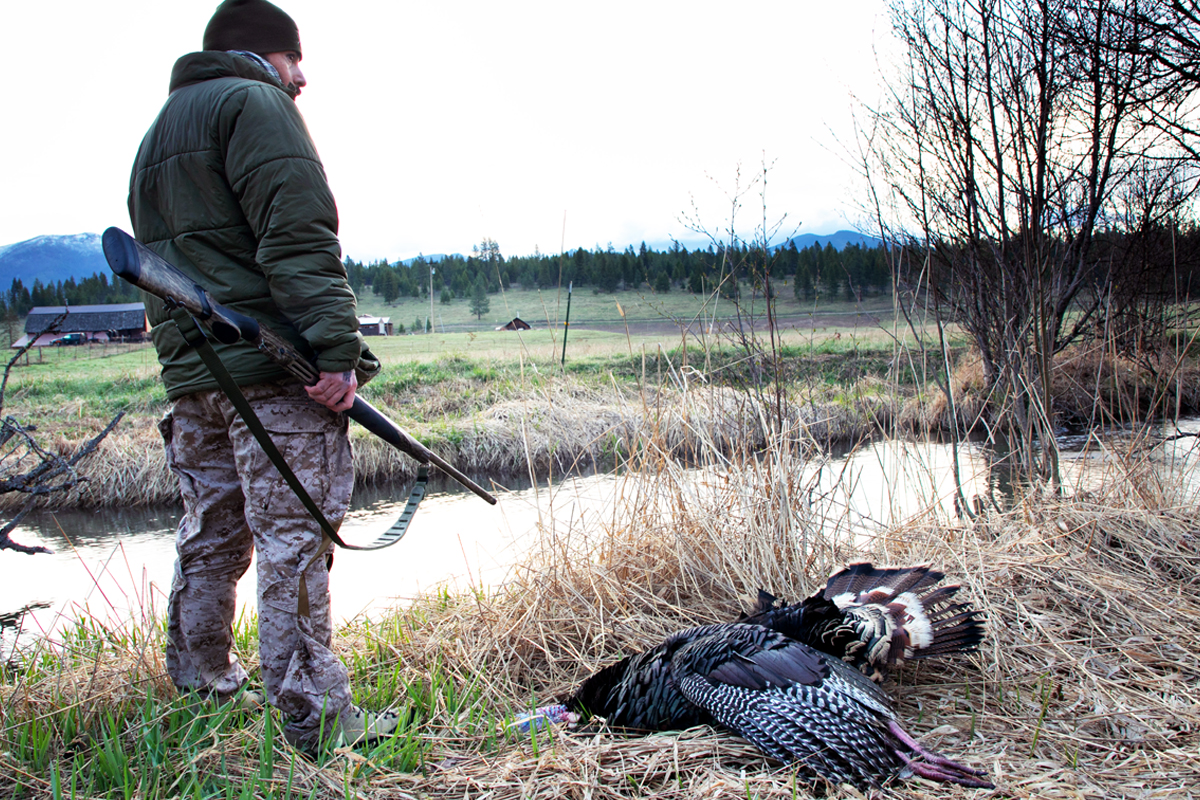 The Ohio DNR is ruffling some feathers with a recommended change to turkey hunting for 2022 due to dropping wild turkey populations. A proposal to decrease the spring gobbler bag limit from two toms to one is currently up for approval by the Ohio Wildlife Council after the 2021 season yielded only 14,541 birds. That’s down nearly 45% from the Buckeye State’s record-setting season in 2001 when hunters killed 26,156 birds.

But Ohio is just the latest state to shake up its turkey regs. Alabama and Georgia have already voted to push back spring season dates and lower bag limits for 2022, citing population decline as a major concern.

As more states follow suit, these regulation changes are having a ripple effect. With surrounding Southeastern states delaying their openers, Mississippi adopted a draw system for non-resident public land hunting for the first two weeks of its turkey season; fears of excessive public land pressure from non-residents prompted the change.

While hunters might not be happy about fewer turkey opportunities because of shortened seasons, reduced bag limits, and stricter regulations, these changes might be just what hunters and turkey populations in the US need.

The North American turkey population stood at about 1.5 million birds when the National Wild Turkey Federation was founded in 1973. Over the next 40 years, conservation initiatives boosted that figure to an all-time high of approximately 6.7 million, according to the organization. Today, the turkey population on the continent has dropped to about 6 million.

Renowned wildlife researcher Mike Chamberlain, better known as Wild Turkey Doc, said this metric has been declining right under our noses for quite some time but has only become more obvious in the last few years.

While it’s impossible to get a precise figure, estimates based on harvest data and poult-per-hen production, or PPH, suggest turkey populations are down 15% compared to where they were a decade ago. A minimum PPH count of 2 is required to simply maintain turkey populations, but many states are even falling short of that number.

“The bottom line is we don’t have the high-quality early successional habitats that we once had,” he said. “Think of areas with lush herbaceous vegetation, areas where birds can nest successfully, they can brood successfully, and they can see.”

Death by a Thousand Cuts

While the exact combination of causes for population declines may vary across turkey country, a major issue all regions are facing is the loss of optimal habitat. Birds are dealing with landscapes they didn’t have to inhabit 20 years ago when populations were thriving, thanks to a general lack of preserved hardwood forests, fewer large blocks of unfragmented land, and prescribed fires.

These changes to what was once traditional turkey habitat all work in favor of predators. Fragmentation for right-of-way roads, for example, allows coyotes and other carnivores to hunt more efficiently on smaller blocks of land rather than scouring hundreds of acres for prey.

Disease and parasites are also contributing to the decline in turkey numbers. While ailments such as avian pox have been on the radar for years, Chamberlain said some turkey afflictions are turning out to be more problematic than wildlife biologists originally thought and are increasing mortality rates.

But even if a particular disease doesn’t kill them, sickly birds are more susceptible to predation, making the true impact of the diseases themselves tough to accurately determine in the wild.

In addition to everything Mother Nature is throwing at the Meleagris gallopavo, hunters in much of the country are killing off gobblers each spring before they’ve even bred hens due to early season opener dates, especially in the Southeast.

Wild turkeys are the only game birds in the contiguous United States hunted during peak courtship and breeding season. While it might yield the highest success rates, it can also quickly decimate a population.

Regardless of the region, some combination of these intertwined factors is the cause of dwindling populations across the country. Throw in the recent surge in new hunters and hunting participation due to the pandemic, and it looks like a perfect storm is forming for turkey populations and that we may be headed for an all-out turkey crisis.

“It’s kind of like death by a thousand cuts,” Chamberlain said. “They’re dealing with a lot of issues, and those issues are interacting with each other. How they influence turkeys in one part of Pennsylvania might be dramatically different than how they affect turkeys in Georgia, but all of those things are affecting turkeys in your locality.”

Just as the turkey population decline cannot be blamed on one issue, the remedy will have to be a multi-faceted, concerted effort. While it’s easy to pin the bulk of the blame and responsibility on state wildlife agencies, their hands are somewhat tied by limited staffing, funding, and control over land management.

Turkeys aren’t the highest priority for most states, and it shows. In fact, Chamberlain said he can count on one hand the number of public lands that are well-managed for turkeys in the entire Eastern US.

The latest National Survey of Fishing, Hunting, and Wildlife-Associated Recreation reported deer hunters outnumber turkey hunters in the US by 4-to-1. Consequently, most agencies face more pressure to prioritize deer management, so states are settling for stricter harvest regulations to address declining turkey populations.

A conservative approach to season dates and bag limits, like the Pennsylvania Game Commission’s strategy, is backed by science and a step in the right direction, Chamberlain said.

“We’ve known for decades that the most appropriate time to remove males from the spring population is when you have peaks of nest incubation,” he said.

A lot of states have elected to ignore the science and leave seasons unchanged to keep the peace. Hunters want to hit the woods as soon as birds start gobbling, but that’s weeks before wildlife wisdom indicates hunters should be tagging toms. Fortunately, state agencies are slowly beginning to learn from their mistakes and adjust. But harvest regulations alone won’t be enough to turn the tide.

Because the majority of turkeys live on private dirt, Chamberlain said it’s “ultimately going to hinge on turkey hunters to encourage private landowners to manage their lands in a way that’s suitable for turkeys to make sure 20 years from now we’re not looking back and saying, ‘Damn, we should’ve done more.’”

What does that look like? In a word, disturbance. Chamberlain said aggressive management via forced disturbance such as selective timber harvests, prescribed fires, and open pasture maintenance is key to creating habitat that is prime for poult survival while taking some of the advantages away from predators. Plus, it’s beneficial to other species.

“There’s a growing recognition that when things were good, you could make mistakes in harvest or land management or both, and the consequences weren’t as significant,” he said. “But when times aren’t so good, those mistakes are exacerbated.”

Although it’s not the reality any turkey hunter wants to face, we’re past the golden age of spring gobbler hunting. Consistently tagging out early with multiple birds is a thing of the past as supply simply can’t keep up with demand.

It’s time for state agencies, hunters, and landowners to focus on stabilizing populations and mitigating damages.

“I don’t think we’ll ever see populations like we did,” Chamberlain said. “There’s broad recognition in the turkey management world that we’re not going to see populations, by and large, like we saw 15 years ago. Those days are gone. We’re in kind of a new normal here where what we need to focus on is stemming the declines.”

Read Next: DIY Public Land .410 Turkey Slam in the First 2 Weeks of the Season