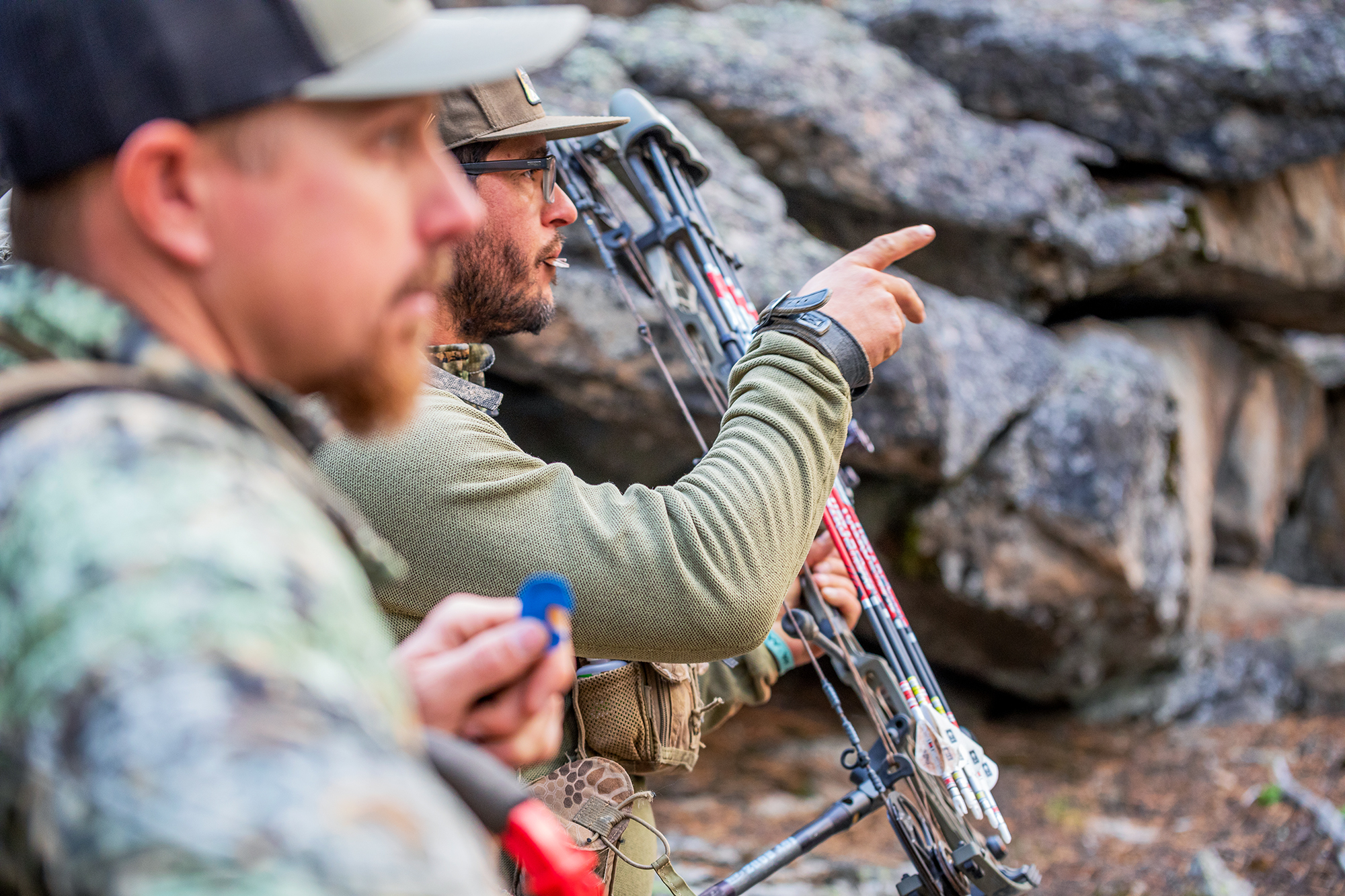 It only takes a few go-to vocalizations to get bulls bowhunting close. But of course, elk make more than three or four sounds. Those interested in upping their elk game should learn the language elk use to communicate with each other. Here’s another lesson on how to speak elk and a guide to what they’re actually saying with all those funky sounds.

You won’t hear this sound very often in the elk woods, except when it’s created by other hunters. That’s red flag number one.

Cow elk make an estrous whine that sounds like the beginning of a high-pitched bugle that cuts quickly to a nasal finish. This sound lets bulls know the cow is ready to be bred. That’s why hunters roam the elk woods singing on reed-style calls that don’t replicate the sound very well. The elk get wise to it in a hurry.

Tip 1: An estrous whine can be effective on a love-sick bull. Put in the practice with your diaphragm mouth calls and learn to make a realistic estrous whine.

Tip 2: This is a great call to use to stop a bull for a shot.

All elk can bark, and once you hear this high-pitched ear-drum ringer once, you’ll never forget it. Bulls and cows bark to communicate danger to the herd. For you, it means the game is up. The elk have heard, smelled, or seen you, and the mountain is about to explode with the sound of fleeing hooves.

Tip 1: If you’re in a good killing position and feel like things are about to happen and an elk barks, don’t panic. No, barks aren’t good, but often you still have a few seconds. Get aggressive and try to find a window to get an ethical arrow through.

If you need the bull to come just a few more yards and you have a caller not too far behind you, have the caller show the bull a cow decoy. This will take his attention off you, calm him, and possibly give you time to get a shot.

Tip 2: Some bowhunters will bark back at elk, but I recommend calming cow and calf talk.

Bulls use it to impress the girls and let the boys know there’s a new swinging dick on the hill. A chuckle is a series of short, loud grunts. While chuckles usually follow a challenge bugle, bulls will sometimes only chuckle.

Tip 1: Making a chuckle isn’t hard. Control your air and push that air in short, intense bursts over your mouth call. If a bull is regularly chuckling, I recommend chuckling back.

Tip 2: When hunting quiet bulls in the dark timber, try only chuckling. Don’t bugle. Often a few chuckles will get a quiet bull to pop off.

Yes, bull elk glunk. No, you don’t need to know how to replicate this call. A glunk is a guttural bellow that occurs in single tones that will often sound muffled.

Tip 1: Bulls tend to glunk when they have cows. Be sure to keep this tidbit of advice in mind when hunting. A bull with cows will likely be more difficult to call in.

Tip 2: A few years ago, while hunting Colorado’s backcountry, I kept hearing a bull glunk. He did it every few minutes for an hour. Finally, I glassed him up. He was bedded with three cows and was having the time of his life rolling in his piss and glunking away. I blew the stalk, but his glunking almost earned him an Easton.

Being able to make every sound in the elk playbook is helpful, but knowing when to use each sound will make you deadly.

For our first “How To Speak Elk” lesson, go here.

Read Next: Elk Hunting on Public Land – How To Build a 3-Year Strategy for a New Area