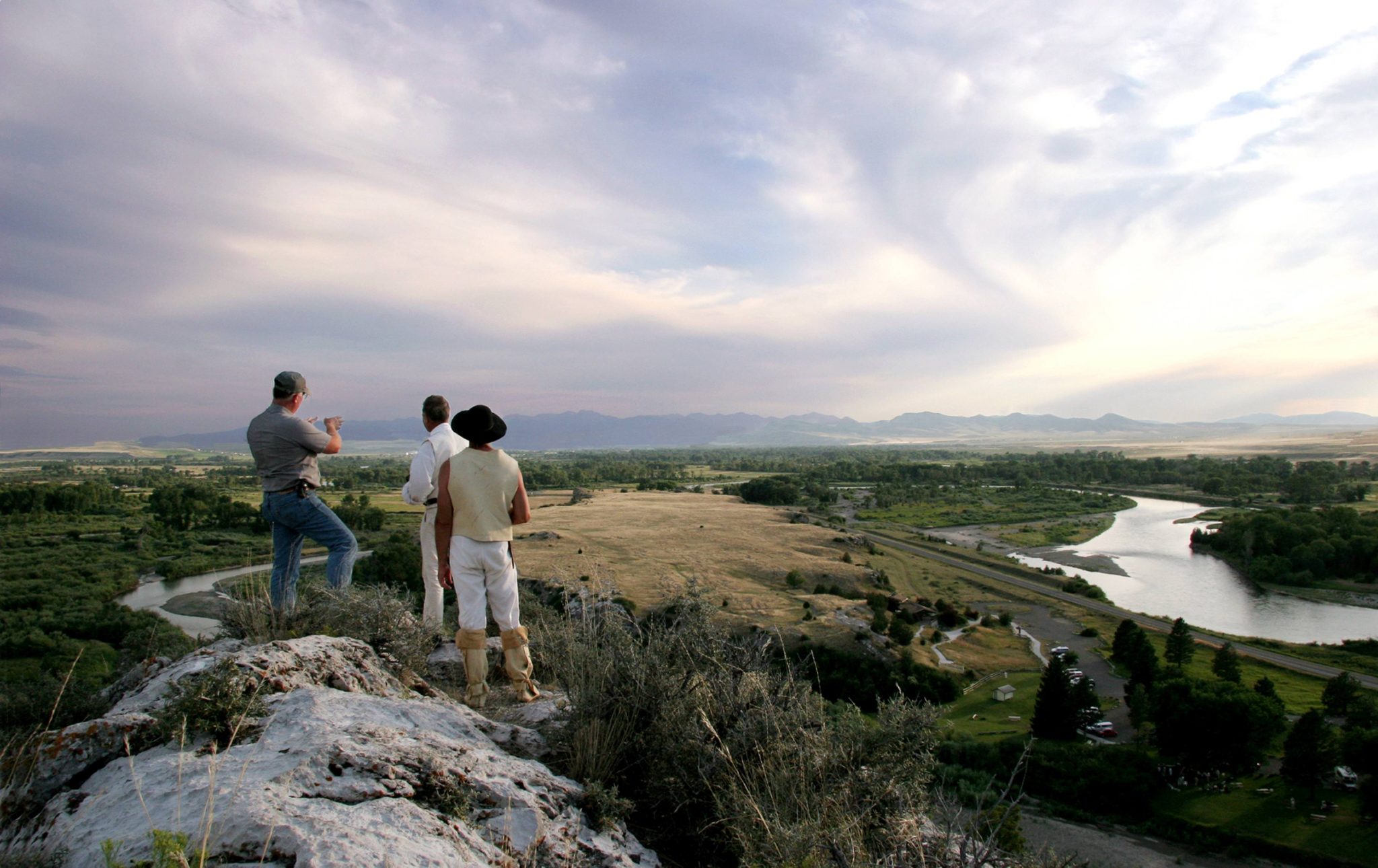 Almost any hiking area has some sort of history tied to it, but sometimes a historical connection makes a hike even more special. When we walk over old trails, we see what others saw and get a sense for their universe.

History is never far from the surface of our world, and as much as I love a good historical text, hiking in a historic area is a more personal encounter. Here are four historic hikes for nerds who love to be outdoors.

For over 1,000 years, pilgrims have travelled to Santiago along El Camino, or The Way of Saint James. The route reached its greatest popularity in the high Middle Ages, between about 1000 and 1300, and only came back into heavy use in recent decades.

Along the way, pilgrims and secular travelers experience medieval architecture combined with stunning vistas of the countryside of northern Iberia. Unlike most modern trails, however, El Camino has nearly infinite variations, though the classic route to Santiago runs from the French border near Roncevaux, site of the mythical battle in “The Song of Roland.”

A hiker can walk The Way of Saint James alone or with others, though trail camaraderie typically makes the experience more enjoyable. Whether or not you hike with others, El Camino takes you through a region of tremendous history. Churches, little towns, and even the roads have long stories here.

For thousands of years, people have lived in the Jordanian desert near Petra. Whether you choose to explore the ancient Nabatean Treasury building featured in “Indiana Jones and the Last Crusade” or a lesser-known area like the Byzantine Church, Petra will not disappoint.

History is rarely linear, and Petra makes this point eminently clear. Layers upon layers of history converge in a single place. The Nabateans, a mysterious pre-Roman people, first built tremendous structures into the sandstone. Then the Romans came, and the site expanded further. The Romans evolved into the Byzantines, then the Islamic world absorbed the area.

With each iteration, another layer of history and architecture was added, only increasing the grandeur of Petra. You can hike in areas with seemingly incongruous Greco-Roman influence, only to remember later how vast those empires were.

The Byzantine monastery is another piece of history left behind in rural Jordan. The Byzantines actually made this building from recycled remnants of older structures. Much of the area still remains buried under time and sand.

One of Britain’s finest UNESCO World Heritage sites, Hadrian’s Wall has stood for nearly 2,000 years, a stone line across the north of England. Built on the order of the Roman Emperor Hadrian as part of his effort to shore up a deteriorating military situation, his wall was meant to deal with Pictish threats to the north of the Roman province of Britannia.

The wall failed, of course, as the Angles, Jutes, and Saxons that finally invaded and conquered Roman Britain had ships.

A modern hiker can walk the 73 miles of wall in just over a week, and the walk itself is fairly easy. The terrain of Northumbria is mostly gentle, rolling hills and farmland.

Best part of this historic hike? You get to sleep in a bed each night if you’d like to.

Between 1803 and 1806, the Corps of Discovery paddled, walked, and rode across North America, led by captains Meriwether Lewis and William Clark. Though the Lewis and Clark Trail stretches over most of our country, the most spectacular part is in Montana, where the captains and their group experienced the most difficulty.

Today, a hiker can paddle the Missouri River or trek over the daunting Lolo Pass. Cross the Continental Divide near Salmon, Idaho, where Lewis became the first member of the expedition to see west of the Divide. You can even horseback ride over the Bitterroot Mountains, as the Corps did after purchasing Shoshone horses in 1804.

The grandeur of the American Rockies is on full display in Montana, and every bit is worthwhile. Stephen Ambrose’s well-researched and -written book “Undaunted Courage” offers a beautiful portrait of the expedition from the perspective of Lewis himself, who kept a detailed journal.

Despite two centuries of industrialism and destruction, the Northern Rockies remain much as Lewis saw them, albeit with less snow and smaller glaciers.

This article was originally published July 3, 2019, on Coffee or Die.