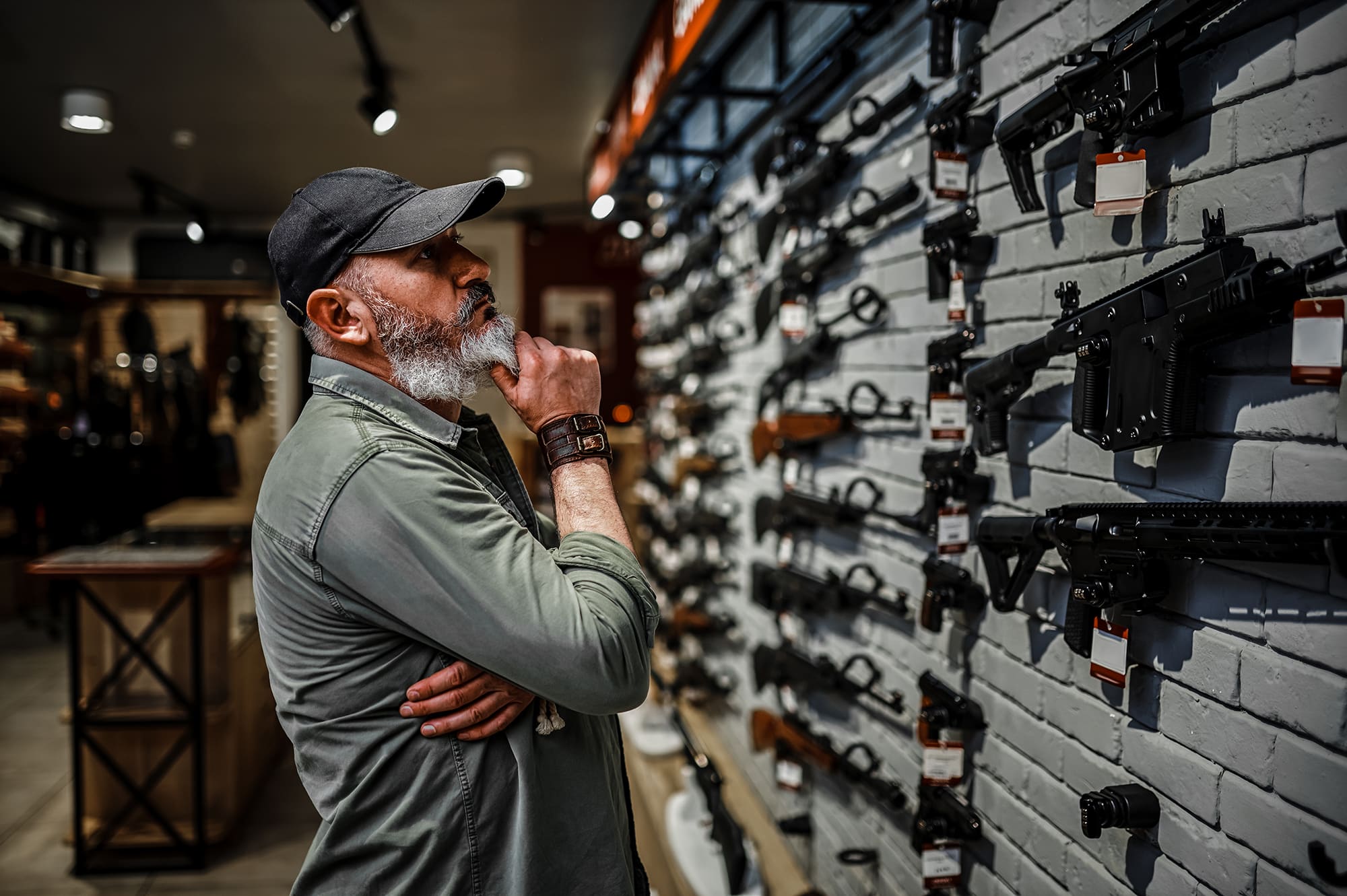 The North American Model of Conservation is the envy of the world — but it doesn’t run on good intentions alone. It must be supported by funding, and this year, the coffers are full, thanks to the number of guns and boxes of ammunition Americans bought in the first quarter of 2022.

Guns and ammo sales, and to a smaller degree, archery equipment sales, generated exactly $300,498,588.23 in Q1 for state-level conservation efforts via the Firearm and Ammunition Excise Tax.

The record-breaking amount brings the total contributions for conservation funding from the Pittman-Robertson Federal Aid in Wildlife Restoration Act (the P-R) to more than $15.3 billion since the fund was established in 1937.

Bartozzi said the latest collection report on the excise tax from the Department of Treasury puts gun and ammo manufacturers’ reported tax liabilities up 1.2% over the same period in 2021. While handguns generated more tax revenue than long guns by quite a bit, ammunition overshadowed both categories by a few million bucks.

“The North American Model of Conservation, often imitated but never duplicated, is the envy of conservation efforts throughout the world,” Benjamin Cassidy told Free Range American. Cassidy is Safari Club International’s executive vice president for international government and public affairs. “Pittman-Robertson is the bedrock of this model, and America’s wildlife and wild places benefit when such efforts are spearheaded by the target shooters, sport shooters, hunters, and anglers that make up the outdoor sporting community.”

How the Gun and Ammo Sales Money Will Be Used

“This record first-quarter Firearm and Ammunition Excise Tax contribution of over $300 [million] is a strong reminder of the critical importance these manufacturers fulfill in wildlife and habitat conservation,” Mark Oliva told Free Range American; Oliva is the managing director of public affairs for the NSSF.

“This money is the Pittman-Robertson fund, which is apportioned back to the states from the U.S. Fish and Wildlife Service to fund conservation efforts, including increasing public access for hunting and building new public shooting ranges or improving existing ones,” he said.

Bartozzi says these funds are somewhat unique in that they result from one of the few taxes that is a government “lockbox.” That means the excise tax on guns and ammo doesn’t go into the general fund but is set aside and must be used for wildlife conservation purposes.

“This is proof, yet again, that the firearm industry is a leader in wildlife conservation,” Bartozzi said in his statement. “These 10% to 11% excise tax dollars collected since 1937 under the [P-R] are designated to be used by state wildlife agencies for conservation. The tax is currently administered by the Alcohol and Tobacco Tax and Trade Bureau in the Treasury Department, which turns the funds over to the U.S. Fish and Wildlife Service (USFWS).”

Technically, the end customer doesn’t pay the excise tax — gun and ammo manufacturers pay it and then they bake it into their prices.

“USFWS then deposits the P-R revenue into a special account called the Wildlife Restoration Trust Fund, which is administered by the USFWS,” Bartozzi added. “These funds are made available to states and territories the year following their collection.”

In 2021, the USFWS distributed more than $1.5 billion to states for wildlife conservation — of that, $1.1 billion was sourced from P-R funds.

“Money raised on the manufacture — not the purchase — of firearms, ammunition, and archery equipment can be directly linked to the golden age of game species abundance that we are currently living in,” Cassidy said.

“P-R has funded projects that benefit communities across the country by providing access to wildlife resources, hunter education, and the building and managing of shooting ranges, like the imminent construction of a new range in Georgia’s Union County that is funded by a sizable P-R grant and matched by generous local money,” he added.

In recent months, the P-R came under attack by legislation that some say is designed to create a wedge issue in the gun community and begin to separate the gun industry from conservation — a relationship that has been working very well for nearly a century.

The goal of the RETURN Act, introduced by Rep. Andrew Clyde (R-GA) in June 2022, was to remove the excise tax and instead fund the P-R through funds generated by taxes on offshore natural gas and oil drilling.

While the pushback from the hunting community and the firearms and ammunition industry was quick and severe, and Clyde’s bill appears to be dead as Congress has gone into their summer break, the fact that it was introduced by a Republican with 58 Republican cosigners off the bat deeply disturbed many in the conservation world and the gun industry.

“[Clyde] believes that the tax is a tax on an inalienable right, which is debatable,” said Charles Whitwam the founder of Howl For Wildlife. “It’s an interesting debate, but I look at it outside of the bubble. I think, you know, we’re taxed on life, liberty, and the pursuit of happiness every single day. So, you know, to, to just kind of pick on this and specifically on something that’s been so successful since 1937, doesn’t make a lot of sense.”

“The firearm industry is proud to pay these taxes, and that’s why we closely guard any attempts by lawmakers to fiddle with this tax,” Oliva said. “It is proven successful and has made the American Model of Conservation the envy of the world. Legislation that’s been introduced to upend this tax is a threat to the wildlife conservation successes we enjoy.”

The notion that P-R funds benefit only hunters is simply not true; the funds are used to benefit recreational shooters, hunters, and those who admire wildlife and our preserved nature areas in many ways — that means hikers, mountain bikers, kayakers, climbers, campers, practically anyone who enjoys the outdoors in the US.

In 2019, President Donald Trump signed the Target Practice and Marksmanship Training Support Act, which changed the formula for state access to P-R funds, allowing them to use the money to build new public shooting ranges or expand and improve existing ones. The law also reduced the matching down payments from states to start a project from 25% to 10% and increased the number of years states have to finish public gun-range projects.

On the hunting and wildlife side, P-R funds allow states to increase access to public lands for hunting and recreational shooting and have proven critical in sustaining the North American Model.

To see exactly how, one only needs to look at the state of wildlife in 1937 when the P-R was enacted.

According to the NSSF, in the early 20th century, there were only 500,000 whitetail deer in the entire country, only 41,000 Rocky Mountain elk, 100,000 wild turkeys, and 12,000 pronghorn antelope (a species that lives only in the US), and waterfowl numbers were dwindling fast.

“If you go back to 1937, what the state of wildlife was back then — turkey and ducks and whitetail deer and all of that — there were hardly any of those animals around, generally because of market hunting,” Whitwam said. “And then that changed through the North American Model and our funding practices. Why fool with this now?”

Today, there are more than 32 million whitetails in the US and more than a million Rocky Mountain elk — there are even elk returning to states where they haven’t lived in generations, like Virginia, which recently opened an elk season for the first time in almost 100 years. There are more than 7 million wild turkeys across the country, and in the West, 1.1 million pronghorn antelope thrive. Waterfowl populations, which were on life support in 1937, now exceed 44 million.

“This $300.5 million paid by firearm and ammunition manufacturers is sowing the seeds for generations to come,” Bartozzi said. “It’s a badge of honor that these manufacturers are proud to wear. Hunters and recreational shooters support conservation when they buy their products and, combined with the sale of hunting licenses, stamps, and fees, this makes hunters and recreational shooters the greatest contributor to wildlife conservation.”