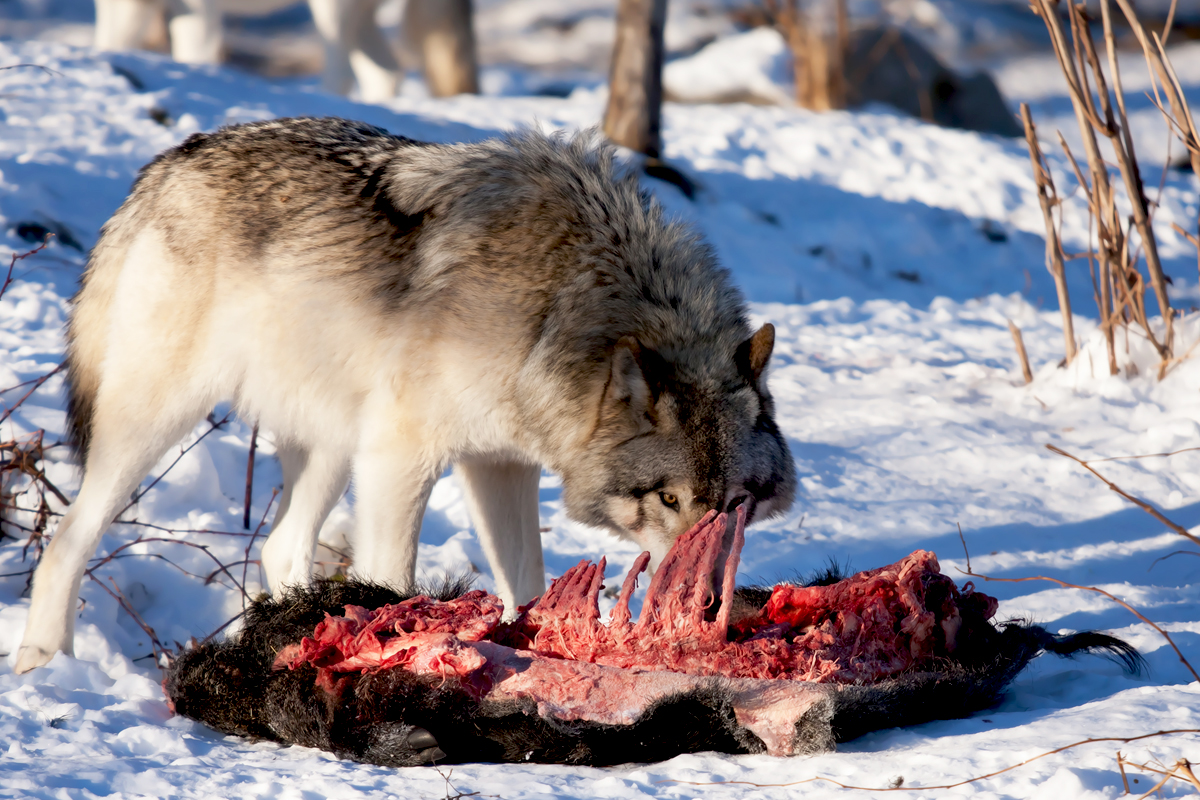 Just 10 months after delisting gray wolves under the Endangered Species Act and then upholding that decision less than a month ago, the US Fish and Wildlife Service has caved to petitions from animal-rights activists. The agency has kicked off a year-long status review that could place the species back on the endangered list.

If the review comes back indicating populations are threatened, there could once again be no gray wolf hunting in the Lower 48. This is but the latest chapter in a drawn-out battle over wolves in the United States.

Wolves and Hunting in America: A Controversial Past

While this country was home to at least 200,000 wolves centuries ago, aggressive predator control left them nearly extinct in the Lower 48 by the early 1900s. Still, bounty programs for the depleted wolf population continued through 1965.

Gray wolves gained protected status under the Endangered Species Act (ESA) in 1973, when just a few hundred remained throughout the contiguous US. After nearly 50 years of research, reintroductions, and management programs, more than 6,000 gray wolves now roam the Lower 48, in addition to an estimated 7,700 to 11,200 in Alaska.

With the exception of Wyoming wolves, the Northern Rocky Mountain population was delisted in 2011. In 2020, Fish & Wildlife announced the delisting of gray wolves in the Lower 48, including Western Great Lakes wolves, a population that had been exceeding goals for 25 years.

“Wolves have recovered in the Great Lakes region and have actually blown past every single recovery goal set forth. Western wolves have continued to expand their range and numbers in Montana and Idaho, despite trapping and hunting. [And also in] Wyoming, Washington, Oregon, and even California and Colorado,” said Brian Lynn, vice president of marketing and communications for the Sportsmen’s Alliance.

“The science is clear, and the law is clear,” he added. “Wolves are not in danger or threatened with extinction, which is the criteria for listing. It’s stated within the ESA that when that threat no longer exists, the species is to be removed.”

Delisting returns wildlife management power to the states: a conservation model that Lynn said has saved many species from the brink of extinction and has proven effective in states like Idaho.

When wolves in Idaho were removed from the endangered list in 2011, the state resumed control of population management as prescribed in Idaho’s 2002 Wolf Conservation and Management Plan. Under this plan, Idaho Fish and Game (IDFG) is required to maintain a minimum of 15 packs — approximately 150 wolves — within the state. If the population dips below those numbers, the department is required to take corrective measures.

But based on a remote camera survey that included 566 cameras capturing nearly 7 million photos in all wolf habitats throughout the state, IDFG estimated a population of 1,556 in 2020. That’s more than double the number of wolves in 2011 when the state took control and 10 times the mandated minimum outlined in the management plan.

“The past 25 years have clearly demonstrated the need for regulated harvest in managing Idaho’s wolf population at a sustainable level that strikes a balance between competing social desires. Season changes have been incremental and deliberate,” said IDFG wildlife biologist Katie Oelrich. “Wolves are moving freely between and beyond recovery areas. While recovery was focused on three northern Rocky Mountain states, they have now colonized adjacent states and continue to expand their distribution well beyond original expectations.”

Although critics have raised concerns over expanded hunting seasons and methods this year, Idaho Gov. Brad Little stands behind the plan and its resounding success.

“It is unfortunate that Idaho’s wolf management has been mischaracterized and sensationalized,” Little said in a statement. “I am confident the US Fish and Wildlife Service will recognize that Idaho has struck an appropriate balance that allows for active management of wolves while ensuring sufficient mechanisms are in place to maintain a healthy population.”

Montana’s wolf population was also removed from the endangered list in 2011. Since then, it has held steady at around 1,200 wolves despite hunting and remains well above the established minimum of 15 breeding pairs and 150 wolves total.

But new hunting regulations from Montana Fish, Wildlife & Parks for the 2021 season — including the addition of night hunting on private land — are drawing criticism for being too “aggressive.”

Although the Fish & Wildlife has recognized the gray wolf population “continues to be robust, stable, and self-sustaining exceeding recovery goals in Idaho, Montana, and Wyoming since 2002,” it appears to be giving way to activists.

“The irony here is that the Center for Biological Diversity and Western Watersheds are claiming that wolf populations will be decimated under state control, yet in more than a decade of state management, they’ve only grown in Idaho and Montana,” said Evan Heusinkveld, Sportsmen’s Alliance president and CEO, in a recent release.

“The animal-rights movement is fear-mongering about what will happen under new regulations without a shred of evidence nor the acknowledgment that wolf numbers have increased exponentially,” he added.

While proper management can facilitate a balanced ecosystem, unchecked wolf populations can wreak havoc on deer, elk, and other wild ungulates as well as livestock. If that happens, state agencies are left footing the bill.

The Wisconsin Department of Natural Resources has paid out nearly $2.9 million in degradation payments since 1985, with more than half of those funds dispersed in the last decade. The Minnesota Department of Agriculture has averaged $135,000 in wolf-kill claims each year since 2010.

According to IDFG’s Oelrich, state-level initiatives such as Idaho’s Wolf Conservation and Management Plan are aimed at addressing degradation and predation problems while maintaining a well-distributed, self-sustaining wolf population. While the Idaho wolf population is “well above any federal recovery objectives and far beyond the goals of the Endangered Species Act,” elk populations are failing to meet management objectives in some zones.

Without wolf hunting and trapping, other species in a number of states could continue to decline, which could impact big game outfitters.

With February’s hunt quota in Wisconsin exceeded in just a few days, Democratic lawmakers are pushing to end mandatory hunting seasons when wolves are delisted, and animal-rights groups are suing to put a halt to the fall season slated to begin in November.

While the system might demand some fine-tuning, Wisconsin estimated a population of 1,195 in 2020. The hunter quota for February was 119 wolves, and Ojibwe Tribes were allotted another 81 for a total of 200. The tribes declined to hunt and the total take was 218. That’s just 9% above goals and certainly nowhere near enough to devastate the restored population.

In Colorado, a 2020 ballot initiative that passed by a slim margin forced the reintroduction of gray wolves and skirted the ESA despite the presence of some migratory wolves in the state.

As the gray wolf delisting continues to come under fire and more states propose sweeping changes, true conservationists emphasize the importance of consistently following the science, not just when it supports a chosen agenda.

Read Next: Bear Attack – Killing a Charging Giant at 5 Yards in the Alaskan Backcountry