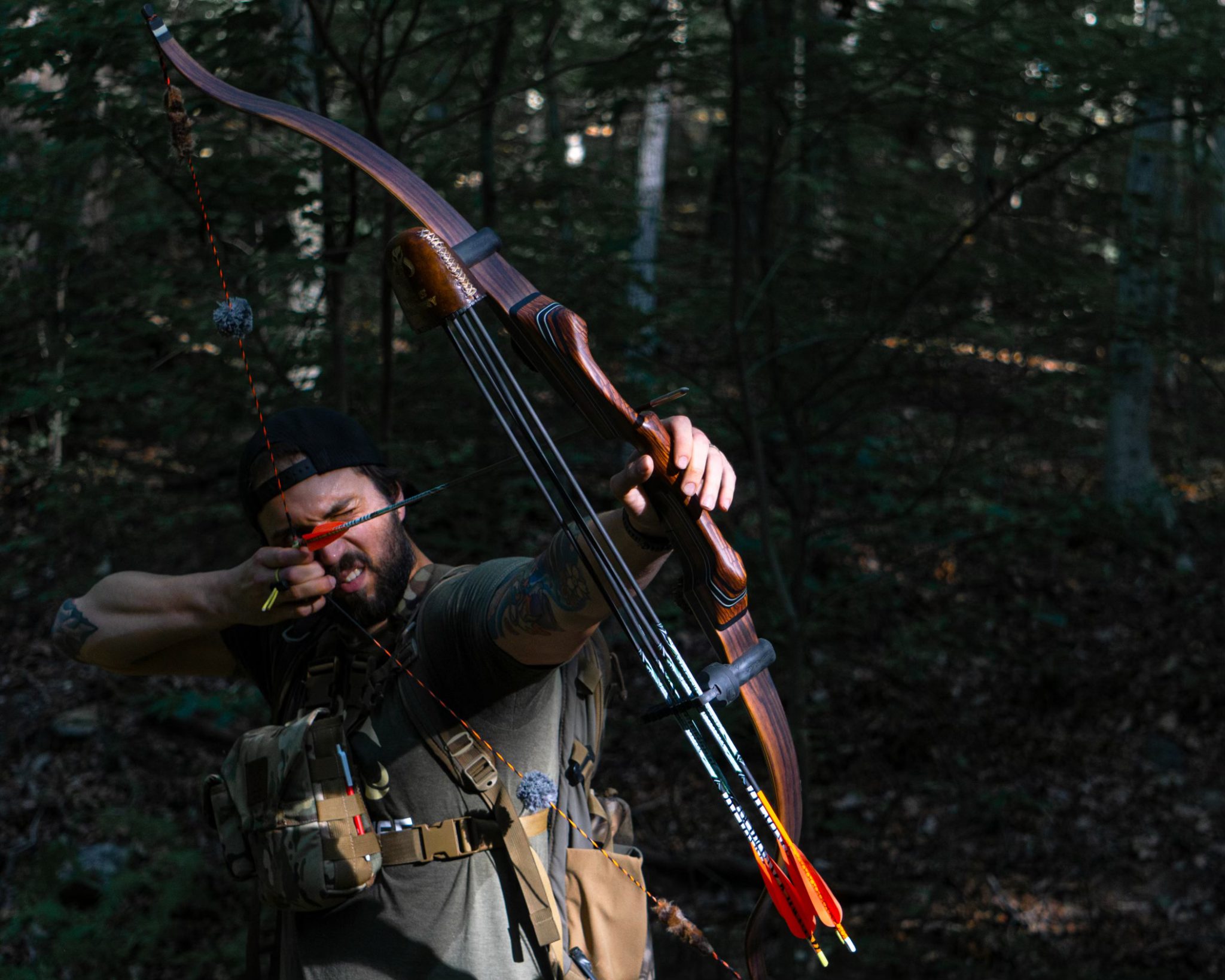 I started bow hunting with an old wooden recurve bow that my grandfather gave me for Christmas when I was 12 years old. It didn’t have much draw weight, but I still couldn’t hold it at full draw for very long. It didn’t have any sights, so I had to learn to shoot by instinct. I began training with it by building snowmen in my backyard and putting apples on their heads. I was out there for hours every day, trying to emulate William Tell without murdering Frosty. At first, I’d try to aim the bow, sighting along the arrow as I drew it back, holding it until every muscle in my pre-teen body was trembling. Most of the time I’d release and either send the arrow straight through the snowman’s icy skull, or I’d miss completely and have to spend an hour digging in snowdrifts for my arrow.

After a few days of this, I became frustrated and eventually got angry. One evening as I walked back to my impromptu archery range after what seemed like the hundredth time retrieving my arrow, I started hating those apples. It was like they were sitting there, serenely mocking me. My arms felt like rubber bands from drawing the bow back so may times and it was getting dark, but I just wanted one of those damn apples to die. So without aiming, without drawing the bow deliberately or really thinking, I acted on pure teenage angst. I stared at the apple, then fitted an arrow to the bow, drew, and shot through the center of it in one clean, quick movement. That’s when everything clicked.

Hunting with a traditional bow is unlike any other way of hunting. It is a pursuit that relies on concentration, patience, and pure instinct. Without the penetrating power a compound bow’s pulley system creates, shots on game must be taken at closer range. Without a compound bow’s sights, shots on game must be almost performed by feel. Although it is true that you can hit your target with a traditional bow by learning to sight along the arrow, more consistent accuracy comes from simply envisioning where you want the arrow to go, then drawing the arrow back and releasing it without looking away from your target. It may sound a bit hokey, but as I learned that day with the apple, the best traditional bow shooting comes from instinct—and of course a lot of practice.

When I first started shooting a traditional bow, I practiced on everything. I shot apples, paper plates pinned to hay bales, and eventually, 3D targets. I learned quickly the old adage, “aim small, miss small;” if I focused on the smaller point of a target, I’d make consistently tighter groupings. As I got older, I started taking the bow out hunting, starting with rabbits and squirrels and eventually moving on to wild turkeys and deer. It’s a raw and pure method of hunting, filled with slow and methodical stalks through thick timber and heart-pounding moments of anticipation before the shot.

Hunting with traditional bows is a perfect method for those who favor hunting on foot. While compound bows can be used by hunters on the ground, they require long, ponderous movements to draw the bow, which can spook game. Also, hunters have to hold compound bows at full draw for a time to line up the shot, which is difficult on a fleeing target. This makes them better suited to tree stands and ground blinds, where the hunter is out of sight of their quarry. Traditional bows, on the other hand, are drawn and shot in almost the same movement, making them fantastic weapons for bow hunters who prefer still-hunting and like getting close to their prey, catching them unawares. In short, traditional bows are for hunters who like a challenge, who relish the spirit of the hunt. However, should a hunter want to move from a compound bow to a recurve or long bow, it is important to remember that there are some significant differences in the weapons that must be taken into consideration.

For traditional bow hunters pursuing big game, a great deal of attention must be paid when it comes to draw weights. Unlike with compound bows, where a hunter only has to be under the strain of the full draw weight for a moment until the bow reaches a locked position, traditional-bow shooters are under strain throughout the entire draw. As a result, hunters are often forced to use lighter draw weights on traditional bows, which means sacrificing arrow speed and penetration. The trick is finding a balance between a draw weight you can shoot comfortably and accurately while still being able to deliver an arrow with lethal force.

A good general rule is to start with around a 40-pound draw weight. Lighter bows than that will still kill animals such as deer, but they can lack the extra punch needed for maximum penetration if the arrow hits dense muscle or bone. Traditional bows of 45- to 60-pound draw weights are perfect for big game as they will easily have enough strength to reach the vitals of a deer from shots made at 20 yards or less.

The other thing that must be considered when getting into traditional bow shooting and hunting is that the weapon must fit the hunter. Just like with compound bows, a traditional bow requires a hunter to be able to draw the weapon to the corner of their mouth. However, unlike a compound bow where the draw length is set by the length of the bow string, a traditional bow’s draw is based on the length of the bow. The best way to determine this is to measure the length of your arm span. Do this by spreading your arms out parallel to the ground and having someone measure the distance from your middle fingertip on one arm to the other. Divide this number by 2.5, and you’ll arrive at your approximate draw length.

The length of your arrows is also important in traditional bows. The arrows should be at least one to two inches longer than your draw length without a broadhead attached. It’s always best to consult a professional for both the length of the bow and the arrows before purchasing anything.

I’ve never been a fan of technology. The microchipped, plastic-caked, air-conditioned world of glowing screens and continuously interconnected lives mankind has created just feels so artificial. I think that’s why I, and so many others, enjoy hunting, because it provides an outlet to escape all that. Hunting holds true to the idea that often the simplest things in life are best. The sunrise over the mountains, the wind blowing though the grass, the weight of a pack on your back, and that first taste of game meat after a successful hunt are restorative to the soul. However, with all the technology entering the hunting world, I sometimes feel like that recharged feeling we get from hunting is less and less potent. The laser sights, carbon fiber components, mechanical revelations, scouting apps, and battery-powered knickknacks are all well and good, but often detract from the simplicity and honesty of the hunt.

For me, they sometimes make the experience less vibrant. So, for sanity’s sake, on occasion I’ll leave all my high-tech gear at home and head into the woods to reacquaint myself with the basics. I’ll try to remember the spirt that lies within hunting itself, a spirit whose essence is held within the worn wooden grips of that old recurve bow. 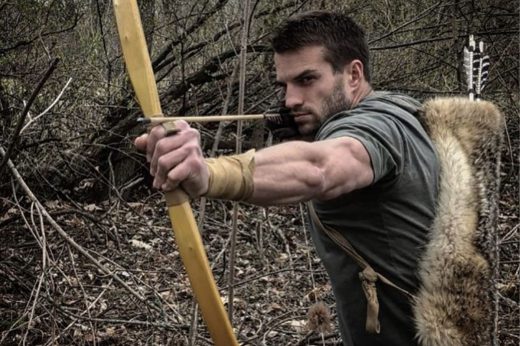