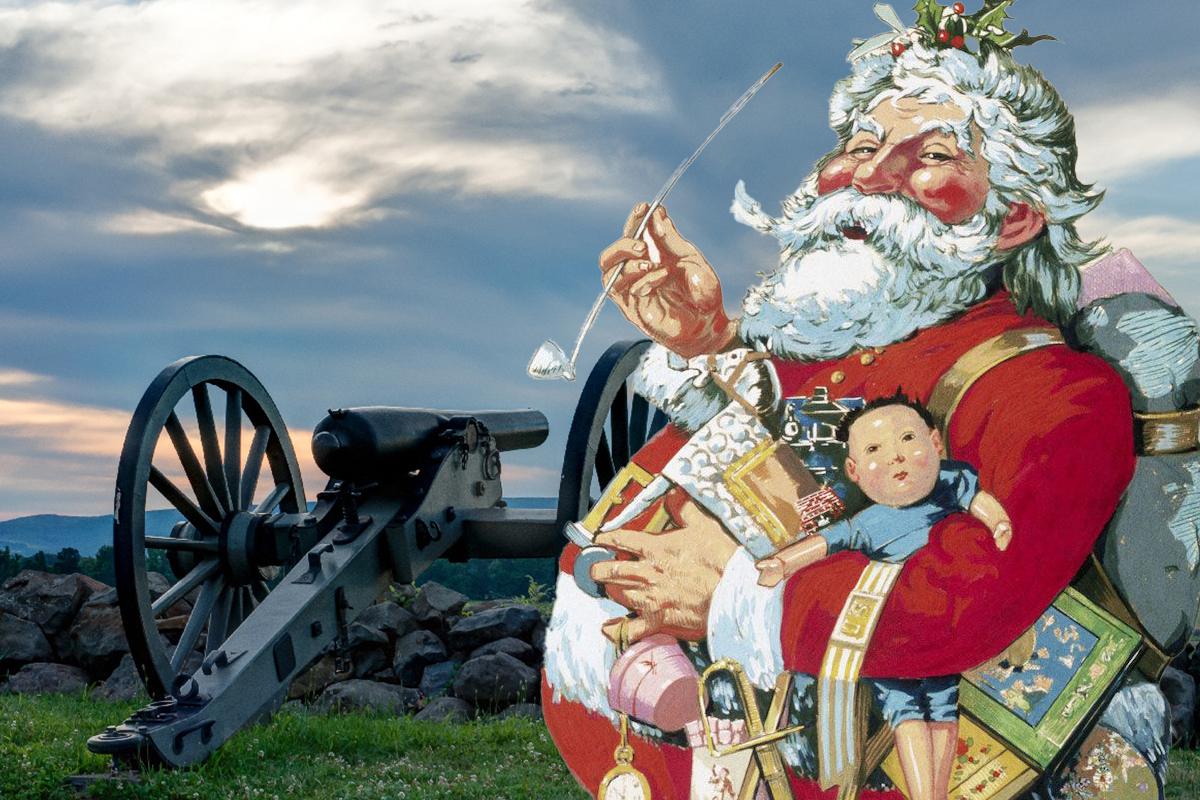 Ask any kindergartener what Santa looks like, and they’ll probably tell you he has a red suit, a big, round belly and a long, white beard. The classic Christmas song “Must Be Santa,” written in 1960 by Mitch Miller, describes him in even greater detail, with a cap on his head and a cherry nose. That’s how most of us picture Santa Claus, and it’s no wonder – the American image of Santa has remained virtually unchanged for over 100 years.

Glance Back Through Time, and a Different Picture of Santa Appears

In the 1800s and the centuries preceding it, Santa looked a lot more like a traditional saint. That is how the tradition of Santa started, after all. As the story goes, a poor man had three daughters. With nothing to offer as a dowry, his daughters had no hope of getting married. A kind bishop named Nicholas took pity on the family, dropping bags of gold down the chimney to provide a dowry for each daughter. For this good deed along with many others, Nicholas was dubbed the saint of children. (He was also the saint of sailors, but that’s another story.)

While I’m quite thankful that I don’t have to rely on an old man to throw gold into my fireplace to secure my future, St. Nicholas was the official inspiration behind modern-day Santa. As the popularity of St. Nicholas waned, his name evolved. First, he became Father Christmas in England, then the Christkind in Austria and Germany, then Kris Kringle. Finally, Dutch settlers invented the name “Sinterklaas,” aka Santa. Despite the new name, however, 1800s Santa maintained his saintly image. So what changed?

Enter political cartoonist Thomas Nast. Known by many as the father of the American political cartoon, Nast began as a gifted artist from humble beginnings. At the age of 15, he began working as a staff artist for Frank Leslie’s Illustrated News, and a few years later for the New York Illustrated News. Finally, he moved on to create cartoons for Harper’s Weekly. At this point, it was 1862 and the Civil War had begun.

In Nast’s cartoons, he didn’t hesitate to make his political opinions known. He made his Union loyalties quite clear, and on January 3rd, 1863, Santa Claus helped send his message home. In a particularly festive piece of propaganda, Nast depicted Santa Claus decked out in stars and stripes handing out gifts to Union soldiers. If you look closely, you can see Union Santa clutching a puppet resembling the Confederate president, Jefferson Davis, with a rope around its neck. In a Christmas Eve version, Nast drew a jolly Santa Claus climbing down the chimney to deliver presents, while a woman in the next frame prays for her husband’s safe return.

With these two simple illustrations, Nast cemented Santa as a sentimental Union symbol and reinvented St. Nick’s wardrobe in one go. While Nast refrained from making too many additional Santa-themed political statements, his jovial Father Christmas became an annual tradition. Although he skipped 1864, he published a new Santa illustration every holiday season for the rest of his years on staff at Harper’s. From then on, the tall, stately St. Nicholas was replaced with the stout, jolly old elf that we know and love today.

This article was originally published on Dec. 13, 202 by We Are The Mighty.

Read Next: Everything You Know About the Boston Tea Party Is Probably Wrong 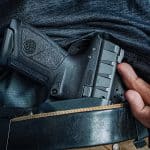