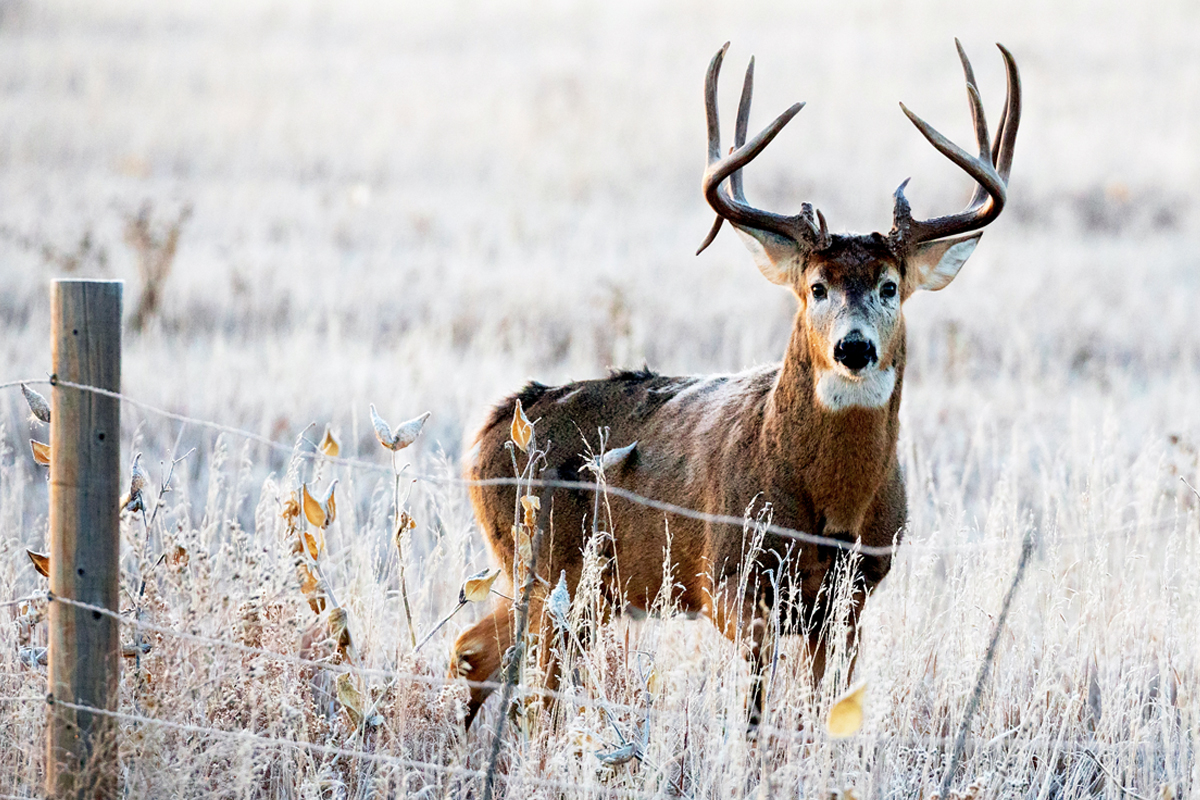 A year after approving a new chronic wasting disease (CWD) management plan, the Wyoming Game and Fish Department (WGFD) is on track to collect the most lymph node samples ever in a single year.

Since identifying its first cases of CWD in captive deer in the 70s and finding the first wild infected deer in 1985, Wyoming has seen the disease slowly spread throughout the state. CWD has now been documented in members of the deer family in most of Wyoming’s deer hunting areas, with 20% to 40% percent of mule deer affected in some herds. A 2017 study estimated a 21% annual population decline as a result of the fatal disease.

While elk haven’t been hit quite as hard, the WGFD recently confirmed CWD has spread to a new elk hunting area in October and three new areas this month, thanks to hunter-submitted lymph node samples.

As of Nov. 8, the WGFD has received more than 4,800 deer and elk samples from target CWD surveillance areas for testing. While the process is voluntary for most target areas, two deer areas have mandatory lymph node submission requirements.

To reach its goal of 200 hunter-killed adult male deer or adult elk per targeted herd, the WGFD is incentivizing hunters to submit samples with a raffle that features prize packages of rifles, optics, and other gear.

In its 2020 CWD management plan, state wildlife officials say that “despite significant advances in our understanding of CWD, there is little published information on which management strategies are effective in reducing CWD prevalence.”

So while the plan does make some provisions for possible culls to reduce cervid populations in selected areas — particularly bucks — it focuses more on continued testing and research. It also leaves the door open for urine-based lure bans, although the WGFD has yet to put one in place.

Additionally, the management plan upholds regulations on transporting and disposing of cervid carcasses and carcass parts.

But the lack of immediately actionable steps has left many hunters and conservationists wanting more.

CWD most impacts Wyoming in the United States, but the disease has been identified in at least 26 states and a few Canadian provinces, and it spreads fast. The disease was contained to five states just two decades ago. This animated graphic from the Theodore Roosevelt Conservation Partnership illustrates how the devastating progression has taken off in recent years.

The Wisconsin DNR tally currently counts 60 counties affected by CWD, with three of those added in 2021.

Testing done in Colorado in 2020 revealed 23 deer herds exceeded the 5% CWD prevalence threshold for management, and seven of those herds topped 20%.

In Nebraska, 49 counties have detected infected deer. Other states such as Pennsylvania, Michigan, and Montana are actively adding counties to CWD-positive lists, and hunters everywhere want answers.

While there have been whispers about a CWD vaccine and live-sample testing, these and other advancements are still many years off. Colorado Parks and Wildlife explains “disease management is viewed as a long-term strategy” with 10- to 15-year timelines.

So, for now, all most hunters can do is follow state regulations, submit lymph node samples for CWD testing, spread the word, and wait.

Read Next: Rogue Red Stag Looking for Love in Georgia