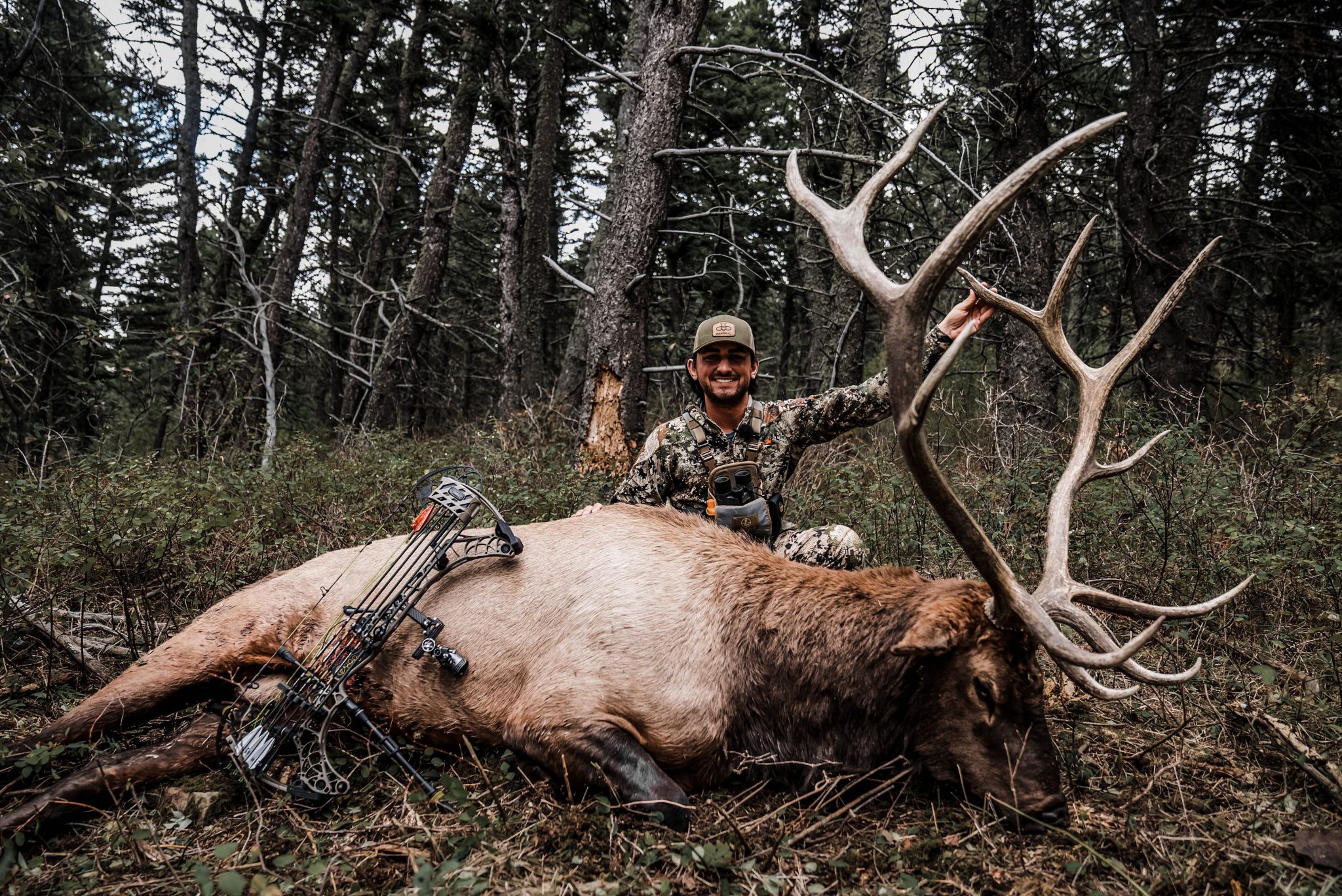 If you pay attention to social media, perhaps you’ve noticed that some of the deadliest bowhunters are also competitive archers. Folks like Levi Morgan, John Dudley, Brady Ellison, and Chris Bee shoot tons of arrows all year round. They constantly face stressful situations — both in competition and when bowhunting — and that’s why animals are usually in big trouble when they walk by one of these dudes.

Perhaps you’re a bowhunter and have entertained the idea of becoming a target archer. Maybe you’re low on confidence and want to practice all year long, or maybe you desire to learn more about ways to master your equipment as well as the mental aspects of shooting a bow. Regardless, most bowhunters could use a little more confidence.

If if any of that is you, follow along as I pepper pro archer and bowhunter Chris Bee with some questions about how target archery can shape a person into a deadlier bowhunter.

RELATED – Get in Bow Shape: A 21-Day Archery Lesson Plan

Chris Bee (CB): I started out shooting a little red recurve bow when I was 6 years old. I grew up watching my dad go bowhunting. When I was 10 years old, he got me started with bowhunting, and I shot my first buck with a bow that season. Actually, I’ve killed at least one deer every year since then with my bow. I started shooting target archery at age 12, competing both locally and on the state level.

During the following two years, I broadened my scope and started competing regionally and nationally. Throughout my teens, I continued expanding and shooting more and more tournaments. I also shot NASP (National Archery in the Schools Program) from the end of middle school through the end of high school.

FRA: In your experience, how are shooting competitively and shooting at a world-class buck similar?

CB: The mental game and the pressure you feel are definitely similar. Honestly, though, I feel that bowhunting is a little more intense. Shooting competitively has taught me how to deal with my nerves, and the byproduct is that it carries over to bowhunting situations. I don’t believe you can eliminate the nervousness during a shoot-off or when a big buck is walking your way, but you can certainly learn to tame it by continually putting yourself in those situations.

FRA: How are they different?

CB: The objective can be very different. When shooting Vegas rounds indoors at 20 yards, you’re trying to replicate the same thing over and over. I mean, that’s kind of how archery is in general, but when shooting at 20 yards indoors for a Vegas round, you’re basically trying to go brain-numb toward everything around you and focus only on your target and the shot process.

Time is also on your side. In many cases, you have plenty of time to focus on the process. Bowhunting is far less controlled. Each encounter is different. Yardages vary. You’re trying to make one perfect shot, and you might have very little time to make it count. You also can’t predict when a buck will suddenly be standing in your shooting lane. Bowhunting has so many unknowns.

RELATED – So You Want to Shoot an Archery World Record?

FRA: What shooting fundamentals can a bowhunter hone by shooting target archery during the bowhunting offseason?

CB: Target archery sharpens your mental game for bowhunting. Beyond that, it causes you to improve your archery skills and work on your form and muscle memory. Shooting competitively also allows you to track your performance, which is huge. You can’t effectively do that in the backyard on a Block.

When you compete a lot, you’re constantly working on things and making changes, and that forces you to learn more about your equipment. You become more proficient in the technical aspects and you learn how to work on your bow. In certain disciplines such as field and 3D archery, it gets way more technical. You’ll face difficult shots with cuts, variable yardages, wind, and sun. You get to really see how those variables affect your performance. It’s good training for bowhunting.

FRA: Is it difficult to switch between a target bow and a bowhunting bow?

CB: Not really. You’re only changing equipment slightly to favor the situation. The fundamentals don’t change.

FRA: Any equipment or technique suggestions for someone who’s interested in shooting target archery for the first time?

CB: If you want to get into target archery during the bowhunting offseason and already have a hunting bow, I suggest getting into target archery with your bowhunting rig. You don’t need to change anything or buy fancy equipment to get started. If you try it and like it, then you can progress and start purchasing specialized target equipment. But don’t be fooled into believing there are a bunch of barriers to entry. There aren’t.

FRA: What’s a standout, difficult bowhunting shot you made and did your competitive-archery experiences helped you make it?

CB: One that stands out, in particular, is my Montana elk. The bull was 83 yards away and downhill from me. Plus, I was standing on a sidehill. It is by far the most technical shot I’ve ever made.

I didn’t take the shot hoping I could make it. I relied heavily on the processes I’ve used in competitive archery, checking all the boxes and knowing I could make it count. I also did a ton of work prior to the hunt with tuning and broadhead tuning. I shot my bow more before that hunt than ever before. And the culmination of all those points is why my arrow took out both of his lungs.

FRA: What’s the best way for someone to get started with target archery on a local level?

CB: Find your local archery pro shop. Many shops have ranges, but if the one you go to doesn’t have one, the folks there should at least be able to connect you with a local archery club that offers leagues. And once you start shooting target archery, your local shop or club should have the resources to get you into a state tournament.