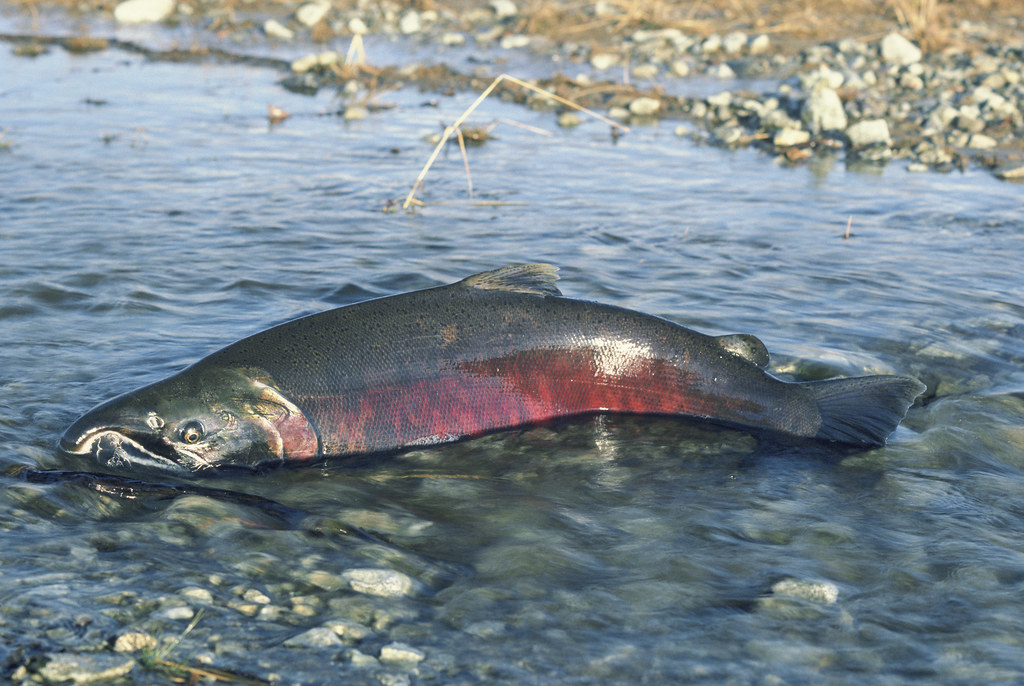 Boiling water and babies never mix, but that’s exactly what’s happening to juvenile chinook salmon in California’s Sacramento River. Extremely high temperatures are creating “abnormally hot underwater conditions” that could result in a “near-complete loss” of these young endangered fish, according to CNN.

While unprecedented heat and drought continue to plague the West, the majority of mitigation efforts have been focused on what’s happening above the surface — water restrictions, dying crops, helicopter missions to fill “guzzlers” for bighorn sheep. However, the severe weather conditions are making waves below the surface, too, creating conditions so dire that the young fish can’t grow beyond their egg stages.

“This persistent heat dome over the West Coast will likely result in earlier loss of ability to provide cool water and subsequently, it is possible that all in-river juveniles will not survive this season,” according to a California Department of Fish and Wildlife (CDFW) statement to CNN.

The triple-digit heat has exhausted reservoirs in the state’s Central Valley as water has been rechanneled into cities and to farms. Because of this water diversion, several rivers’ water levels have dropped. Lower water levels means less insulation from surface temperatures for fish to develop from eggs, which can take a minimum of 60 days, according to CNN. While there’s usually plenty of insulation for fish eggs at the bottom of the river, the extreme heat wave has amplified the rate at which evaporation takes place. In fact, the CDFW said that when water temperatures top 56 degrees, the eggs will die — and there are just a few thousand surviving winter-run chinook.

In Northern California, CDFW officials were able to successfully relocate 1.1 million juvenile salmon from the Klamath River; however, the process requires expensive trucking.

John McManus, president of the Golden State Salmon Association, said there were some alternatives, such as asking dam operators to “hold on to more water to keep the fish alive.” But that’s not as simple as it sounds, either. It would require new or modified contracts between the operators and federal and state partners who are the conduits between the water sources and the cities and farmers, according to CNN.

Regardless, there’s no foreseeable end to the heat wave blanketing the Golden State. Just last week, Gov. Gavin Newsom requested that citizens reduce water use by 15% in order to protect these critical water reserves for people, fish, and wildlife.