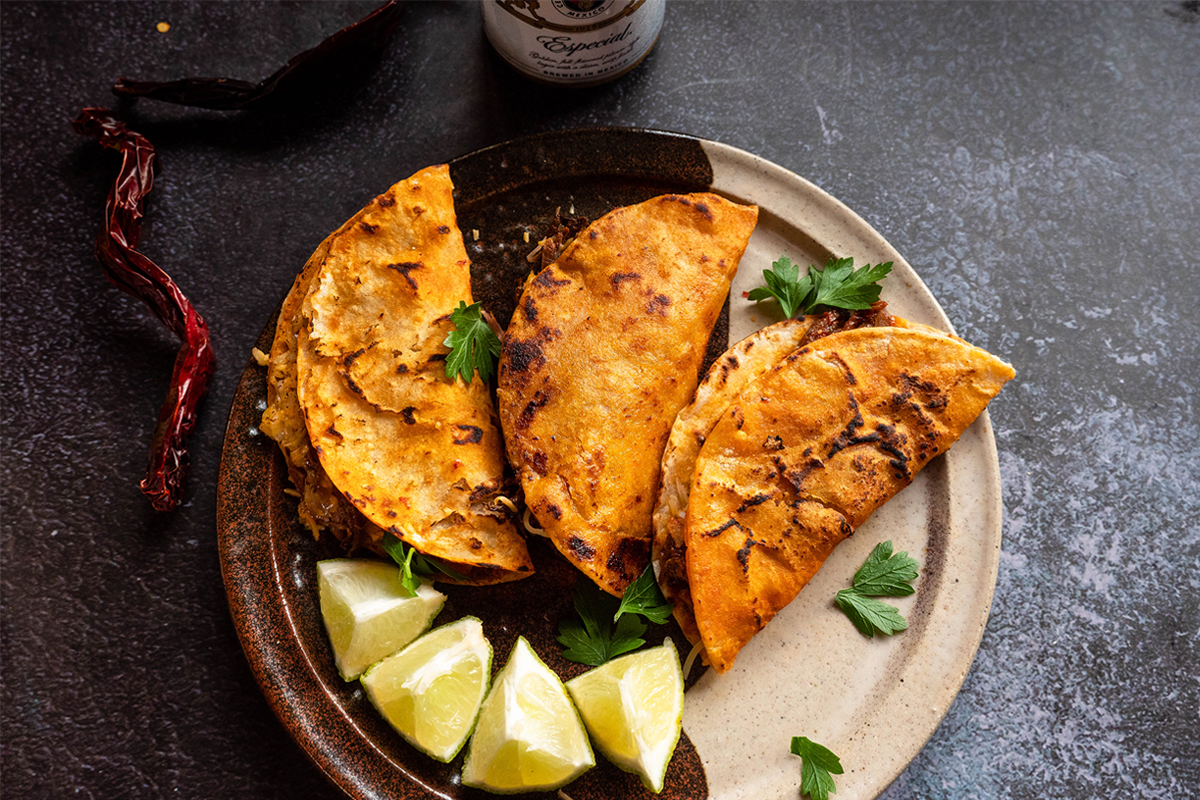 If you spend any time on social media, you’ve probably salivated over at least one video of Birria-style tacos. Birria tacos are like the Mexican equivalent of a French Dip Sandwich, and it turns out, it’s an outstanding way to make venison tacos.

Birria is a Mexican meat stew from the state of Jalisco, traditionally made with goat but often with beef, lamb, or sheep. The meat is braised in chilis and aromatic spices until tender, and the broth is reserved as a dipping sauce.

Tortillas for the tacos are dipped in the layer of fat that floats to the top of the stew, then toasted and assembled. While Birria has been around for hundreds of years, it recently became popular in taquerias and food trucks in Los Angeles and other west coast cities. The trend spread on Instagram and TikTok feeds, and now Birria tacos are on the East Coast, too, and all over the world.

Birria-style tacos are easy to make, and they’re an excellent way to prepare wild game meat, especially the tougher cuts. Neck roasts are perfect for the spicy stew, and once cooked through and tender, the flavor and texture are hard to beat. Because wild game meat is so lean, I’ve added a little bacon fat to this recipe for flavor and to help the dipping and toasting process.

With the succulent meat, the smokey chilis, the gooey cheese, and the crispy tortilla, a wild-game Birria-style taco is the perfect way to enjoy neck roasts and other tough cuts.

Related: How to Make A Slow-Cooked Pulled Venison Roast

Birria-style tacos aren’t just an internet sensation; they are a traditional Mexican recipe that you can make at home. These tacos are absolutely delicious, easy to make, and are a great way to prepare tough cuts of wild game like neck roasts, shanks, and shoulders. It could even become one of your favorite venison recipes of all time.

Birria’s signature tortilla dip adds a ton of flavor and helps to fry the outside of the taco shell into a crispy vessel for meat and cheese. With a squeeze of lime juice on top, it’s just about perfect.

If you want to be a monster, you could also serve it with some sour cream.

If you want to taste one of the best stews you’ve ever had and add a whole new dimension to your taco game, you’ve gotta try Birria-style tacos using a venison neck roast or another tough cut of wild game meat.