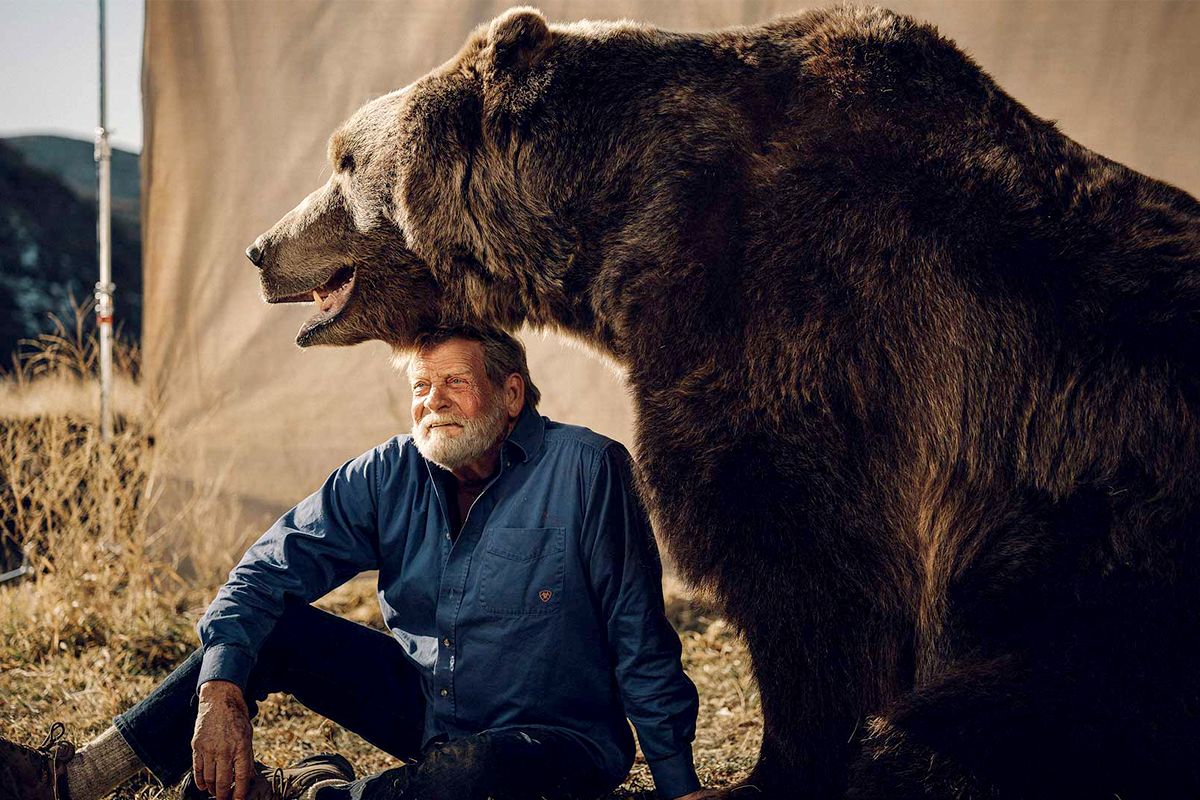 Everyone, raise a glass and pour one out. One of the greatest ursine actors to grace the silver screen — and there haven’t been many of those — has gone to the great beyond. Bart the Bear II, a highly acclaimed and extremely well-trained grizzly bear actor, died recently in Utah, where he lived with his trainers for most of his life.

CNN reported that his longtime trainers Lynne and Doug Seus, who founded The Vital Ground Foundation, said they are “forever humbled and grateful to have shared our lives with this noble grizzly.” Vital Ground works predominantly in the Rocky Mountains to conserve land for grizzly bears and other wildlife, according to the organization’s website.

Bart II, an Alaskan brown bear that stood at 8 feet, 6 inches, and weighed 1,400 pounds, was part of a famous adoptive family of bear actors trained by Lynne and Doug.

He was orphaned as a cub in Alaska and was rescued by the Seuses, who brought him to Utah, where he grew into an actor, also known as Little Bart, and became the “spokesbear” for the Animal Cancer Center at Colorado State University.

According to his obituary, Bart II was about 20 years old and died “silently and naturally.” He is survived by his sister, Honey Bump.

The two bears were born in January 2000 and, within a few months, were orphaned when a hunter killed their mother near Paxson, Alaska. An Alaskan State Trooper, Gregory Fisher, found them and the two cubs lived in the Fisher household for a while before Doug and Lynne adopted them on April 26, 2000. Bart II was named after the Seuses’ famous Bart the Bear, who died just two weeks after Bart II was adopted.

Doug said he named the cub after Bart because he “had the same nature as he original Bart and a lot of the attributes.” Both Bart II and Honey Bump appeared that same year in Dr. Dolittle 2, their film debut. Two episodes of  Animal Planet’s Growing Up Grizzly series focused on the two bears as they grew.

Bart II’s namesake, the original Bart the Bear, was born in 1977. After Doug and Lynne trained him, Bart began his acting career in 1980 with Windwalker. He was a half-a-foot taller and 400 pounds heavier than Bart II, standing 9 feet tall and weighing nearly 1,800 pounds. All that bulk looked extremely formidable on screen.

If there was a big-ass bear in a Hollywood movie in the ‘80s and ‘90s, there’s a good chance it was Bart, who regularly impressed his human co-stars with how intelligent and well trained he was. That’s a big deal. There’s an old saying in Hollywood sometimes attributed to W.C. Fields: “Never work with children or animals,” and it exists for a reason, and both Barts defied it. The unpredictability of an animal on set seems a lot more important when it could remove an actor’s face with a swipe of the paw.

Bart the Bear died in 2000 from cancer at the age of 23 while filming Animal Planet’s Growing Up Grizzly (2001). The Vital Ground Foundation was started in his honor.

Read Next: The Death of Big Jake, The World’s Tallest Horse