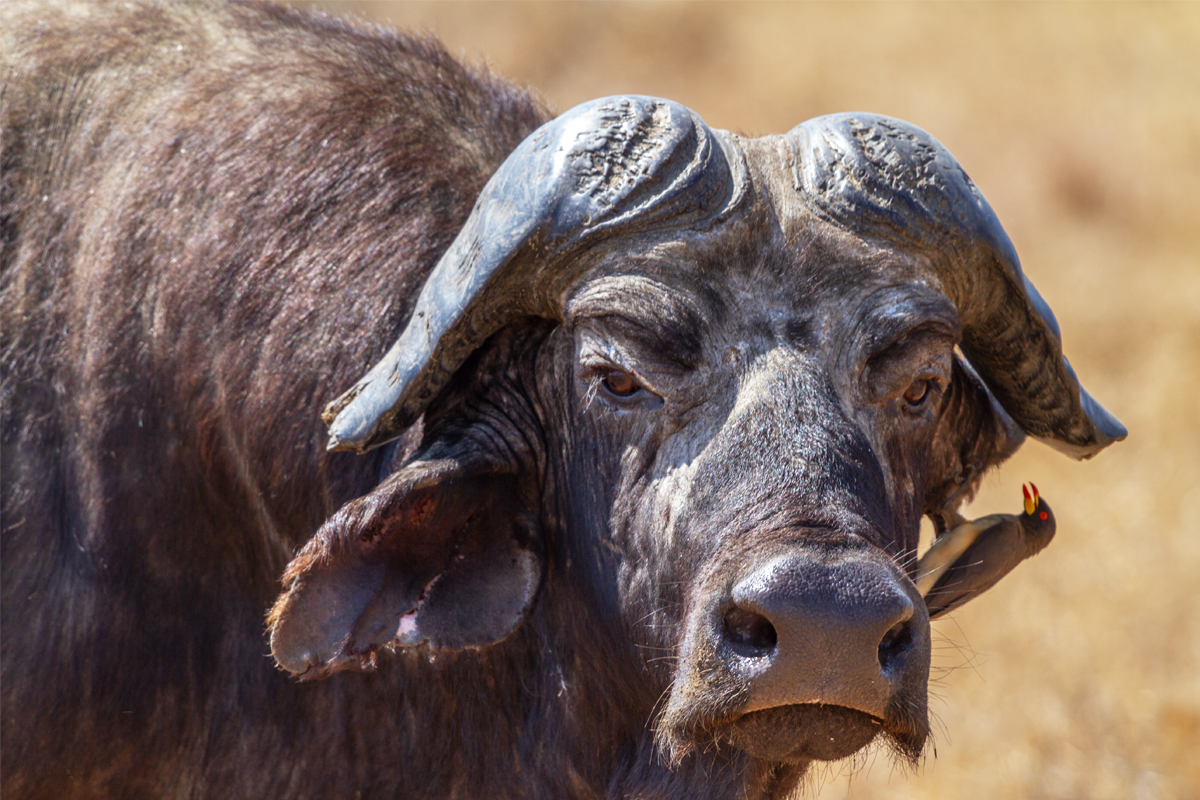 “Dagga Boy,” the local sub-Saharan Africa term for an old bull that’s been cast out of the herd by younger and stronger bulls, has long been a term of endearment on the continent. Dagga Boys are typically the oldest, roughest, meanest, angriest bulls on the plains. Now it’s an official award, too.

Trophy African buffalo bulls are typically measured and scored based on undamaged coal-black horns and boss. Those with superior width and mass score higher. Aged Dagga Boys have typically lost some of these desirable features thanks to broken tips and chipped bosses, not to mention other evidence of hard living like ripped ears, scarred flesh, scabbed-over faces, and the ornery attitude that goes with it all.

“Rigby has launched this first-of-a-kind initiative to directly link the hunting of post-breeding-age African buffalo to an important, scientific study,” said Marc Newton, John Rigby & Co.’s managing director. “Collecting data from the oldest bulls instead of those with the largest-scoring width will improve herd health. We believe highlighting age over width is a positive message for modern buffalo hunting. Plus, the data gathered will be used for an important new study on the species.”

These bulls aren’t record-book contenders, but taking a too-old-to-breed African buffalo bull is a huge accomplishment that Rigby will now recognize with the new biennial award. The company is asking hunters who’ve taken a wild, free-ranging Dagga Boy within the past 10 years to enter their bulls for consideration by Dec. 15, 2021.

This initiative will accomplish far more than getting the winner free gear. The Dagga Boy Award will aid in a new scientific study with leading buffalo scientists at the helm.

There are six species of African buffalo. Scientists plan to compare tooth wear with other indications of aging on different species of buffalo across Africa. They’ll determine at what age bulls of each species reach “Dagga Boy” status and collect enough information to ensure more sustainable hunting of all the different species. This will ensure healthier, stronger buffalo populations across Africa.

For the 2021 award, entries must include “electronically supplied, good quality photos of the hunter and his buffalo. Photos of the ears, teeth, body should also be submitted if available.”

For future awards, entrants will be required to submit the lower jaw of the animal and/or its first molar teeth (third teeth from the rear on each side). These don’t influence judging and will be used for aging and research purposes only. If any entrants for the 2021 competition have molars that can be submitted, they are asked to do so by following the instructions under item 17 here.

“Following two African hunting seasons with severely restricted travel, as the world starts to open up again for international hunting, we believe it’s a great time to reframe what denotes a successful buffalo hunt,” Newton said. “We’re very excited to see and hear about the old bulls that have been and will be taken and entered into this study.”

All qualified Dagga Boy Award entrants will be invited to a cocktail reception at the 2022 Dallas Safari Club Convention where Rigby will announce the winner of the first-ever Dagga Boy Award.

Read Next: Teddy Roosevelt Ran a Suppressor on Three of His Hunting Rifles