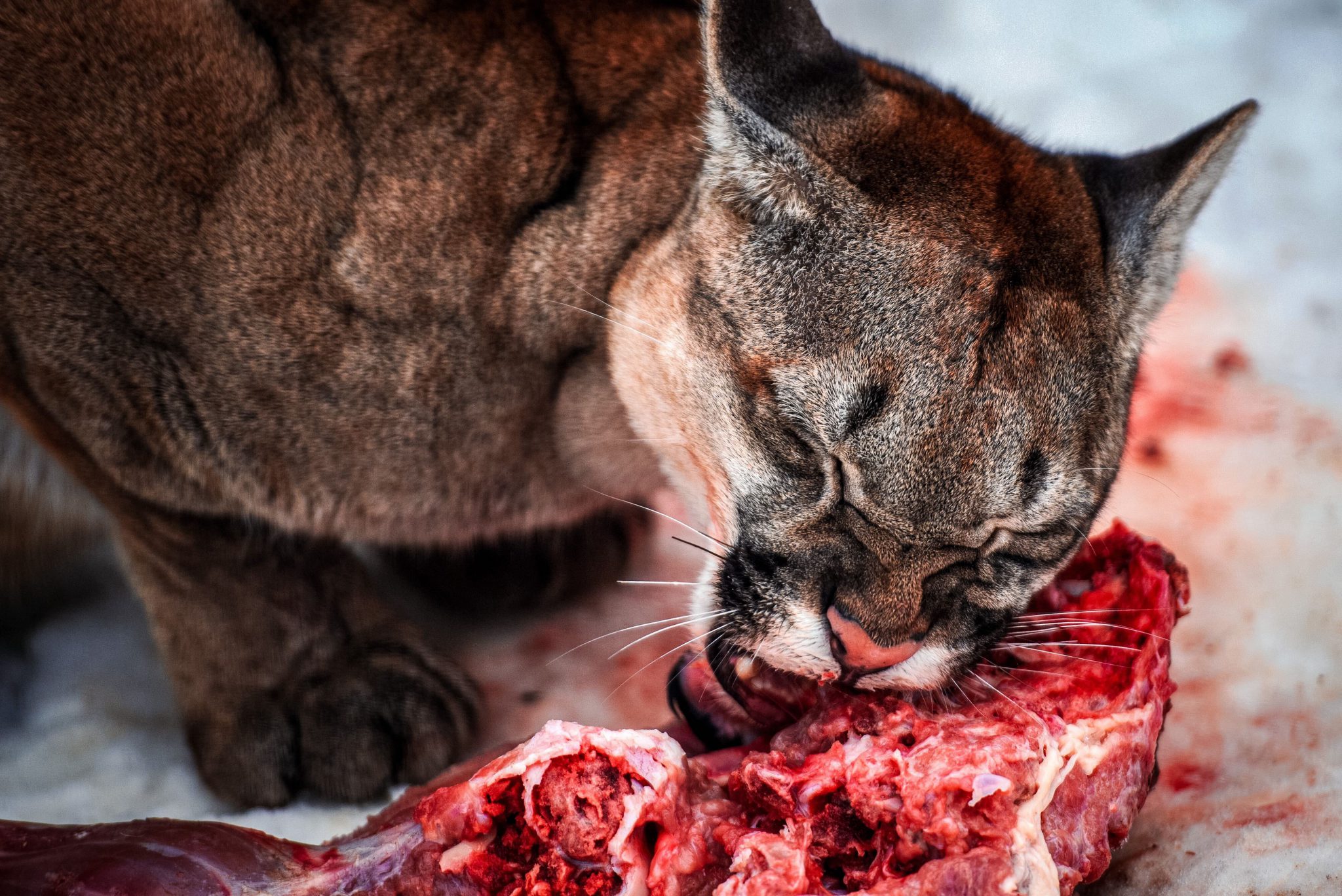 Anti-hunting organizations are ramping up their game and could make headway in several states and possibly on the federal level in 2022. Their victories will be measured in the number of hunting and trapping seasons that can be banned or canceled, regardless of the long-term effects on the wildlife conservation model that has been working so well in the United States for so long.

In some states, bear hunting is the target; in others, it’s the hunting and trapping of cougars and other North American big cats. Free Range American recently reported on a lawmaker introducing legislation to end all hunting contests in Virginia. In states that include the Greater Yellowstone Ecosystem, the rallying cries are against wolf hunting. And pending federal legislation could make most trapping forbidden on vast swaths of public land.

On the other side, there are the organizations that promote hunting, trapping, and conservation fighting back, and educating hunters are what they can do to lend a hand in the fight to keep hunting, and the conservation model supported by hunters, alive.

A Coordinated Anti-Hunting Attack in Arizona

Anti-hunting groups are petitioning to cancel bear, bobcat, and mountain lion seasons in Arizona permanently, and they are cooperating with one another to push a unified agenda.

The Arizona Game & Fish Department (AZGFD) reevaluates wildlife status every five years and sets hunting guidelines for the next half-decade. The agency solicited public comments, as it is required to do, through January before beginning the updates for the 2023 through 2028 hunting seasons.

Although no specific changes are currently on the table, the Humane Society of the United States (HSUS), Center for Biological Diversity, and Mountain Lion Foundation teamed up to educate recruits on advocating for tighter restrictions. The groups hosted a webinar on Jan. 12, asking members to make what the Congressional Sportsmen’s Foundation (CSF) called “outlandish and unfounded requests.”

The requests include banning spring bear hunts in Arizona, banning the use of hounds for black bear hunting, banning all bobcat trapping, and ending all mountain lion hunting seasons.

This comes just a few years after HSUS abandoned a similar initiative in 2018 amid racketeering and sexual harassment scandals.

According to Brian Lynn, vice president of marketing and communications for the Sportsmen’s Alliance, this rallying of anti-hunting groups in Arizona should alarm all hunters, no matter what state they call home.

“Hunting across the board is in danger — in Arizona as well as across the nation,” Lynn said in an interview. “[These anti-hunting groups are] organized, and as you can see from legislation to petitions to public comment on predator management, this is a coordinated attack.”

If passed, Senate Bill 22-031 would ban all hunting and trapping of lynx (which are already protected), bobcats, and mountain lions in Colorado. The only legal way to kill one would be if the animal posed an immediate threat to a person or livestock — and even these instances would be heavily scrutinized.

Violations could result in hefty fines, restitution payments, suspension of hunting license, and even a one-year jail sentence.

This isn’t the first hit Colorado hunters have taken that could also promote an overpopulation of predators, and such an uncontrolled increase be disastrous for Colorado’s already beleaguered elk population, according to Lynn.

“Colorado has a huge elk herd, but first they took away spring hound hunting for bears, and now they’re trying to protect mountain lions and bobcats. Throw in wolves that have naturally moved into the state, as well as a mandate for the state to reintroduce them, and you have uncontrolled predation from four very efficient apex predators,” Lynn said.

“Remove predator management, and a cascade starts with more prey species killed by predation,” he added. “Hunters get to hunt the surplus; without surplus, there’s no hunting.”

Fortunately, three of the bill’s four sponsors have withdrawn their support. Still, one sponsor remains, and the legislation has been sent to the Senate Agriculture and Natural Resources Committee for a hearing on Feb. 3.

RELATED – Colorado Mountain Lion Hunting Ban Is Dying, but It’s Not Dead Yet

Just a year after the sponsor of the Bear Protection Act pulled their support due to widespread backlash, HSUS is once again petitioning the state Department of Fish and Wildlife to ban all black bear hunting in California.

The animal-rights group successfully lobbied to prohibit the use of hounds for bear hunting nearly a decade ago; now, it’s calling for an end to bear hunting in every form.

This legislation, if adopted, could cost California conservation well over $1 million in bear-tag fees alone every year.

While not directly tied to anti-hunting efforts, the furor over the 2022 spring bear hunting season in Washington represents a frustrating failure of the state’s wildlife management body, the likes of which only serve to hurt hunters and wildlife management plans.

In November, a tie vote on what should have been the routine issuance of bear-hunting permits from the Fish and Wildlife Commission canceled the Washington spring bear season on a technicality. Typically, a tie wouldn’t be possible, but the nine-member commission was a member short when the vote occurred, resulting in a count of 4-4, and the bear permits couldn’t be issued. Because the vote was supposed to be a formality, the threat of losing the season altogether wasn’t even on hunters’ radar and came as a complete shock.

A petition filed by several conservation groups and the resignation of a dissenting commissioner has reopened the issue, and it looks like the spring season may be reinstated, but it’s an uphill battle for hunters. Even if the hunt is back on, the season’s opening day will be delayed.

Last week, the House Natural Resources Subcommittee on Water, Oceans and Wildlife held a hearing on HR 4716. This bill would prohibit the use of “body-gripping” traps throughout the National Wildlife Refuge System. The “emotionally driven piece of legislation” would virtually ban trapping on tens of millions of public-land acres and “tie the hands of fish and wildlife managers,” according to the CSF.

Several similar measures have already passed at the state level, slowly encroaching upon sportsmen’s rights and indicating a growing threat to hunting in general. While many hunters are not trappers, Lynn said they should be concerned about the increasing breadth of anti-trapping regulations and laws.

“A toehold in any of these states gives [animal-rights groups] leverage on other state governments and game commissions” via political pressure and media pressure, he said.

Why Hunting Is Conservation

Lynn says the anti-hunting game plan has done more than end a few hunting seasons and rally supporters against the emotionally-charged practice of trapping; it’s slowly chipping away at the entire North American Model of Wildlife Conservation (NAM).

“Without predator management, ungulate herds face increased depredation pressure. Deer, elk, sheep, rabbit, and all hunting works on sustainable surplus,” Lynn said. “If there is little or no surplus, that means the fish and game departments reduce or eliminate tags and hunter harvest goals for those prey species.”

Consequently, these state agencies would lose millions in funding from both license sales and Pittman-Robertson disbursements. That’s a large chunk of conservation dollars down the drain with no means for making up for the loss.

“In the end, wildlife as we know it suffers,” Lynn said. “Remove enough cogs from the North American Model of Wildlife Conservation, and it will begin to crumble upon itself. Predator management is a fundamental component of wildlife management.”

RELATED – ‘Alarming’ Wolf Hunting Tallies Near Yellowstone Not Alarming at All

What The Average Hunter Can Do

If hunters hope to put a halt to this anti-hunting agenda, now is the time to take action.

“[We] have to be active at the commission and regulatory level,” Lynn said. “The animal-rights movement has shifted to inundate the process. We have to counter with knowledge and input.”

Although the NAM has a 100-year track record of success, the anti-hunting movement is attempting to distort the public trust concept and introduce its own “rewilding” model, which attempts to manage prey animals with predator species and not hunting and trapping. According to Lynn, this model “has only led to destruction, disease, debt, and death” wherever implemented.

Washington’s Blue Mountain elk herd is a prime example. Bans on baiting and hunting with hounds were instituted in the 1990s and led to an increase in the predator population. The herd is now suffering because of it. Lynn cited a recent study that attributed more than 70% of the herd’s alarming calf mortality to cougars, bears, and other predators. As a result, the herd is on a decline, and predator conflicts have become too common and costly throughout the state.

Failure to act will allow anti-hunting activists to do more damage to the wildlife populations they claim to protect while robbing states of proper predator management, conservation funding, and healthy prey populations in the process.

“Without engagement from the outdoor sporting community,” it continues, “anti-sportsmen’s interests face minimal opposition, and we will slowly see opportunities to engage in our time-honored traditions be reduced one by one.”

And this is just what’s circulating in the legislative wind at the moment. Who knows what bills and initiatives will be released in 2022, which happens to be a mid-term election year.

READ NEXT – Washington 2022 Spring Bear Hunting Season May Be Resurrected