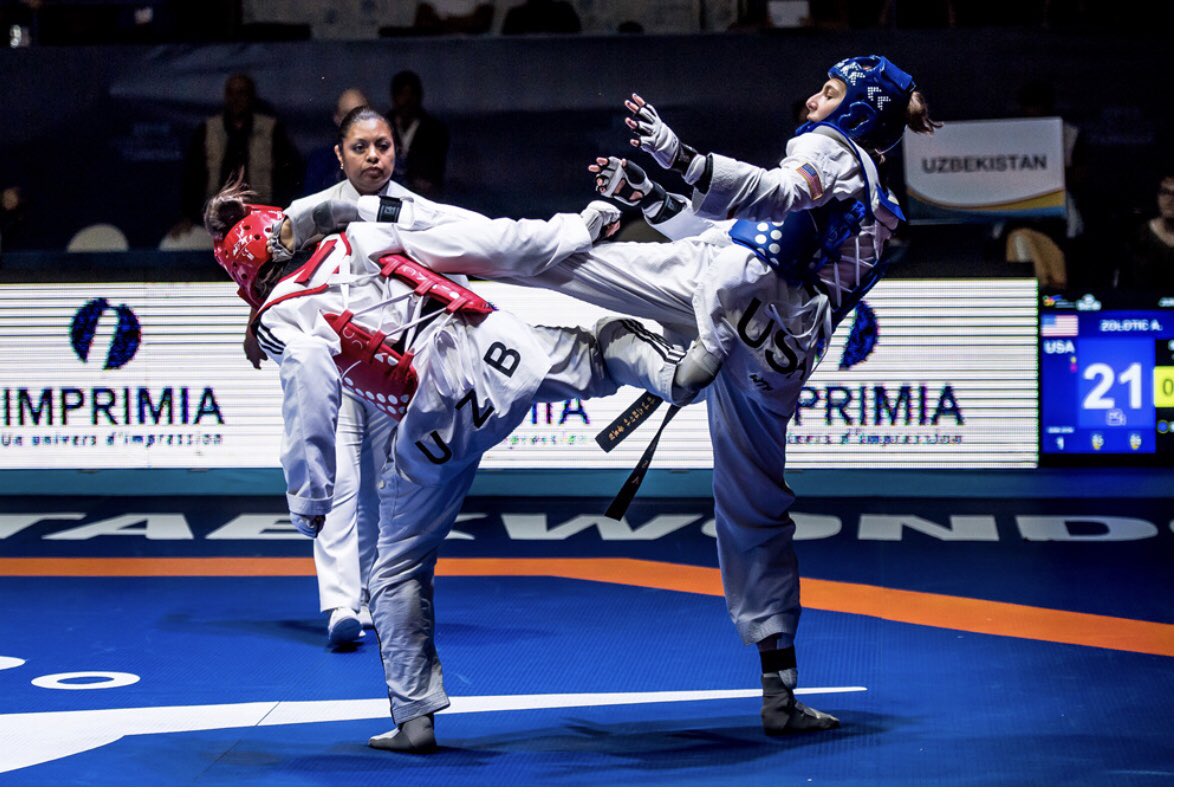 Eighteen-year-old Anastasija Zolotic made Olympic history Sunday morning as the first American woman to win a gold medal in taekwondo.

Zolotic’s road to the gold medal match was paved with several dominating wins. She defeated Morocco’s Nada Laaraj in the round of 16 with a score of 11-4. She controlled her quarterfinal match against Hatice Kübra Ilgün of Turkey, landing a solid 17-9 win. Zolotic won her spot in the finals by outscoring the Chinese Taipei athlete Lo Chia-ling by an astonishing 23 points in the semifinal round.

Zolotic is only the second American woman to advance to an Olympic taekwondo final match. Letting out a spirited yell as she geared up for each round, Zolotic owned the ring on Sunday morning. Although Zolotic headed into the third and final round with only a one-point lead, she solidly eliminated her Russian opponent, Tatiana Minina, using several powerful two-point body kicks along with some three-point head kicks. The final score was 25 to 17, earning Zolotic the gold medal for the women’s -57 kg featherweight division in taekwondo.

“I’m just glad I can do something to raise [taekwondo’s] profile in the US,” Zolotic told reporters. “I just want the country to be proud of me.”

Despite her young age, Zolotic already has an impressive resume, which includes winning silver at the 2018 Youth Olympics and gold in the 2018 Junior World Championships.

Zolotic began training in taekwondo as a small child and was competing globally by age 10. She was born in Largo, Florida, but now lives and trains in Colorado Springs.

Zolotic’s medal was America’s fourth gold of the Tokyo Games.

Read Next: How To Stream and Watch the Best Tokyo 2020 Olympic Events 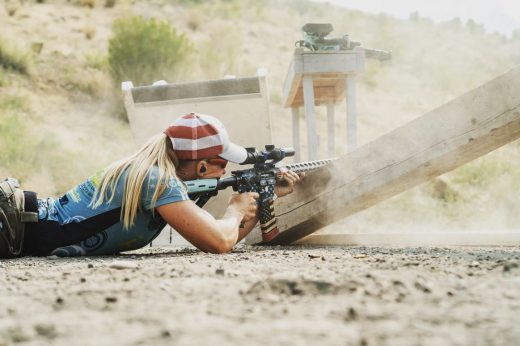