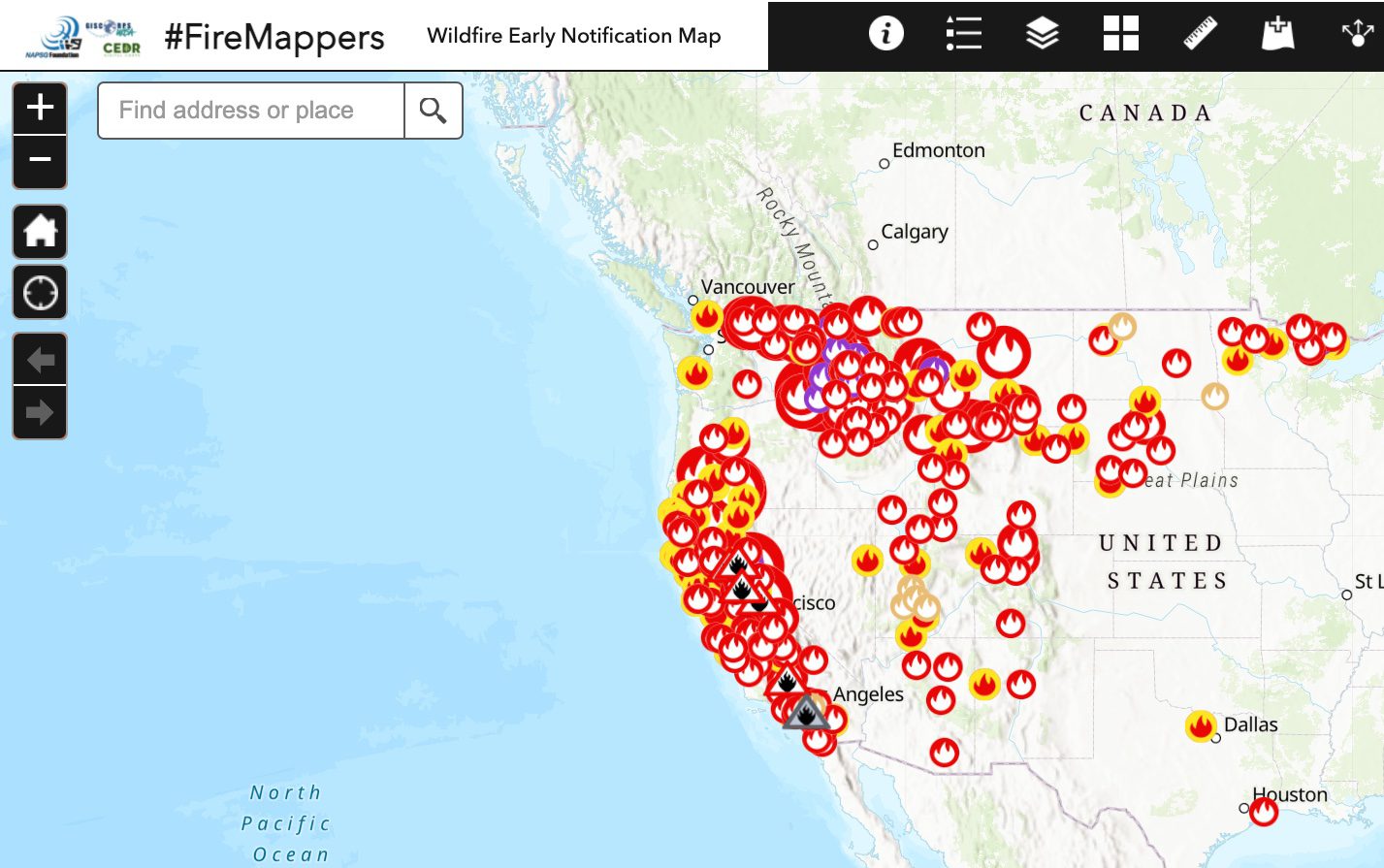 Is the West ever NOT on fire?!

The University of California Cooperative Extension has created a map that illustrates just how big the current battle is out west.

Severe drought and record temperatures have essentially turned the West into one giant pile of tinder, completely overwhelming wildfire-fighting resources. Firefighters from states as far away as Maine are coming to the aid of their Western counterparts. Congressional leaders in Oregon and Idaho have called on the National Guard to help. Even states that are currently burning are helping their neighbors. There is currently no information available about deaths due to this year’s wildfires.

In addition to swallowing homes, businesses, vehicles, and farm animals, the fires and continued drought are exacting a toll on fish and wildlife. Rivers, lakes, and reservoirs were already at deadly levels and temperatures for healthy fish populations, not to mention endangered species such as chinook salmon and steelhead.

Likewise, wildlife displaced by the sprawling wildfires, from grouse and rabbit to big game species such as mule deer, bear, and elk, even if they are adapted to wildfire, are looking at a significant amount of time for their habitats to recover, which means that those once discrete populations and ecosystems are now going to overlap on the same ranges or even extend into human-populated areas.